Data from the U.S. showed that the Philly Fed manufacturing index of 23.2. This was weaker than the expected forecast of 20.8 and higher than the previous month’s increase of 22.3.

Later in the day, the FOMC Member, Williams is also expected to speak. 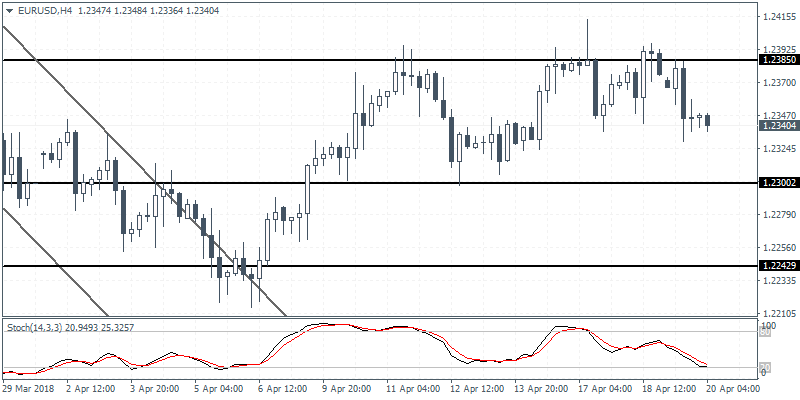 EURUSD (1.2340): The EURUSD was seen giving up the gains after another test to 1.2385 failing to push prices higher. The euro currency gave up the gains and is seen pushing lower in the near term. The support level at 1.2300 is likely to be the downside target. However, in the medium term, EURUSD could remain range bound within the current price levels. To the downside, a breakdown below 1.2300 could signal further losses. 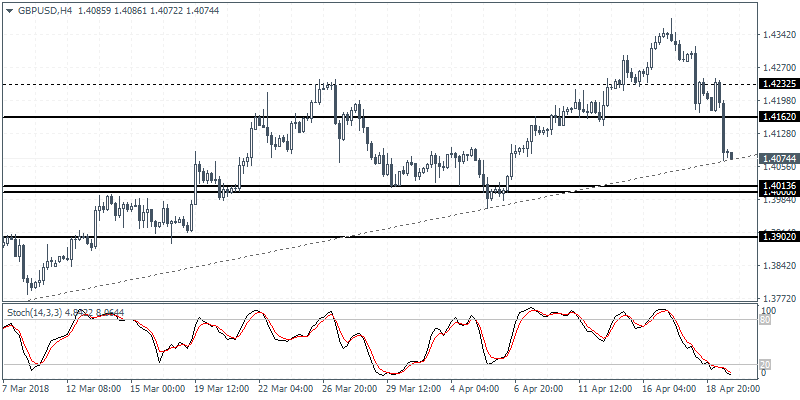 GBPUSD (1.4074): The British pound briefly consolidated below the 1.4232 and 1.4162 levels before giving up the gains. Price action was seen closing strongly below the main support at 1.4162. We expect the bearish trend to push prices lower towards testing the support level at 1.4013 – 1.4000 level. In the near term, any reversals are likely to be a pullback to the decline. There is a possibility for GBPUSD to retrace the losses to test the price level at 1.4162. With prices at the rising trend line, we expect to see a modest rebound in the near term with the downside bias holding strong. 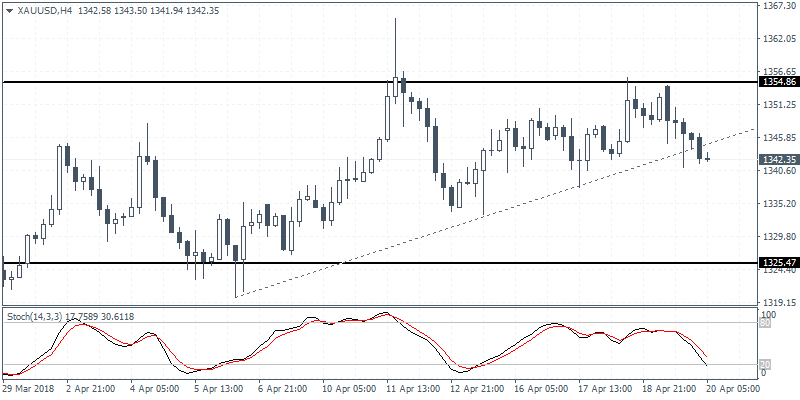 XAUUSD (1342.35): Gold prices were trading weak yesterday as the intraday rally to test the resistance level at 1354 failed. On the 4-hour chart, the rising trend is currently being breached. A convincing close below the minor rising trend line could signal a move to the downside. Gold prices could be seen testing the lower main support at 1325 level. However, given the ranging conditions in the markets, we expect to see some consolidating taking place. To the upside, further gains can be expected only on a breakout above 1354 level of resistance.

Visit the Orbex Website to get more analysis, trade ideas and educational material.