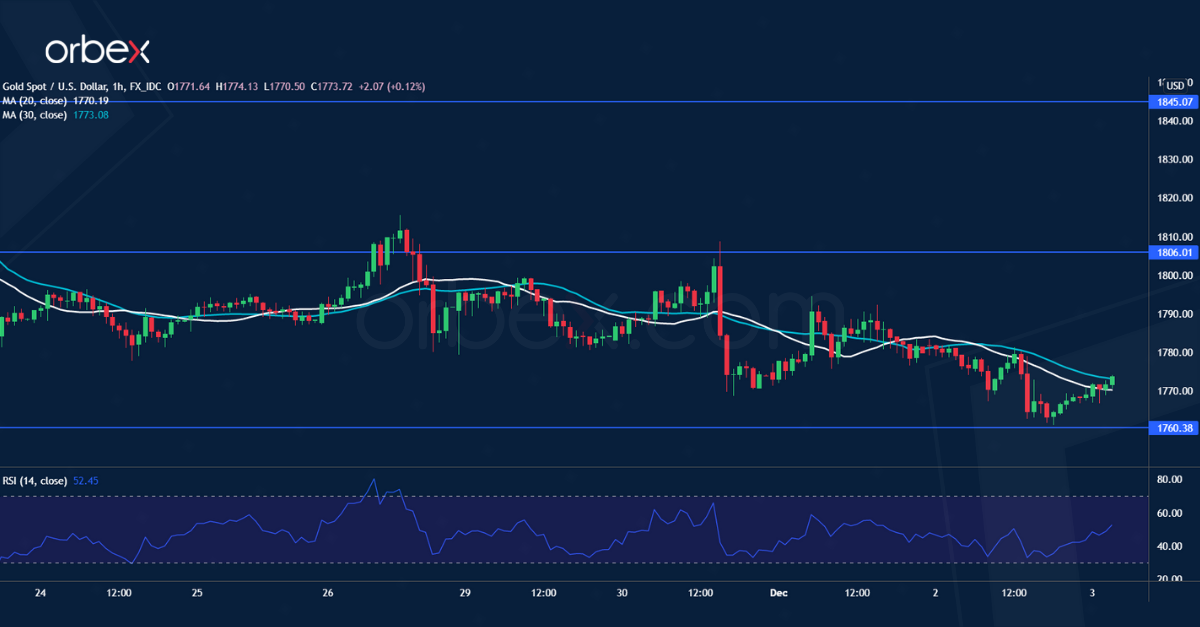 Gold treads water as markets await US jobs data release. The metal remains under pressure after it failed to maintain bids above 1780. Sellers are testing the daily support at 1760.

A bearish breakout would shatter hopes of a swift rebound and send the price to last September’s low at 1725. That move could then threaten the integrity of the uptrend on a longer timeframe.

1806 is a fresh resistance and sellers could be waiting to double down at a better price. On the upside, a bullish breakout may propel the metal to 1845. 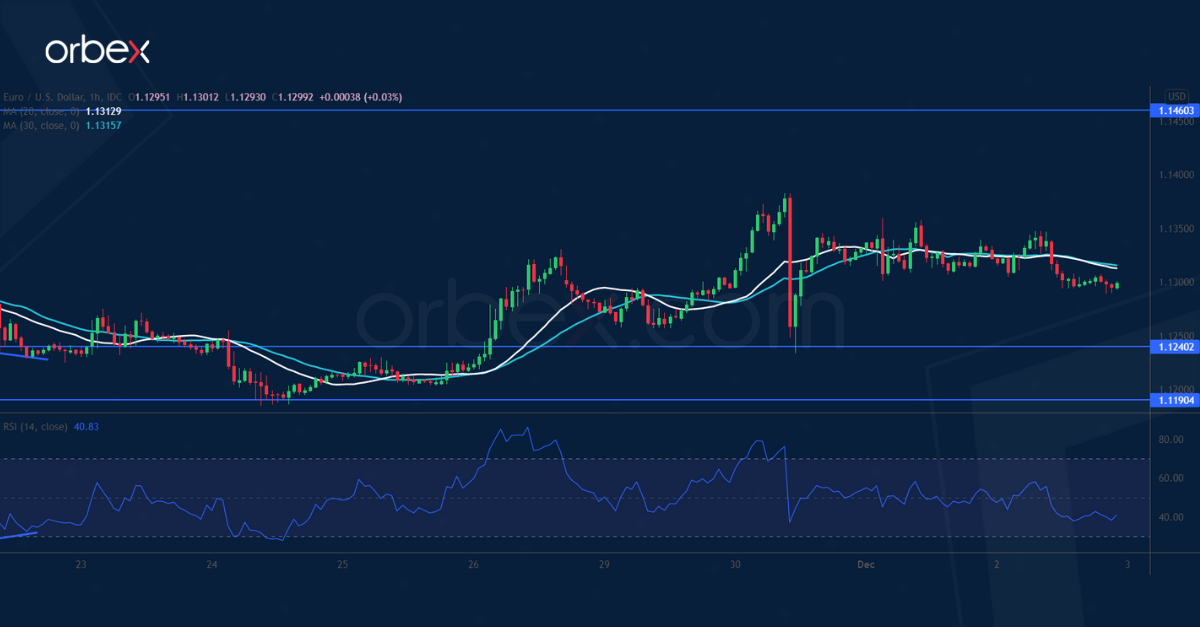 The euro recoups losses as traders reposition ahead of today’s nonfarm payrolls.

A bullish RSI divergence indicates a slowdown in the bearish push. The pair has found support near June 2020’s lows around 1.1190. Then successive breaks above 1.1270 and 1.1370 have prompted short interests to bail, paving the way for a potential reversal.

1.1460 next to the 30-day moving average would be the target and its breach may turn sentiment around. 1.1240 is a key support to keep the rebound relevant.

US 500 heads towards daily support 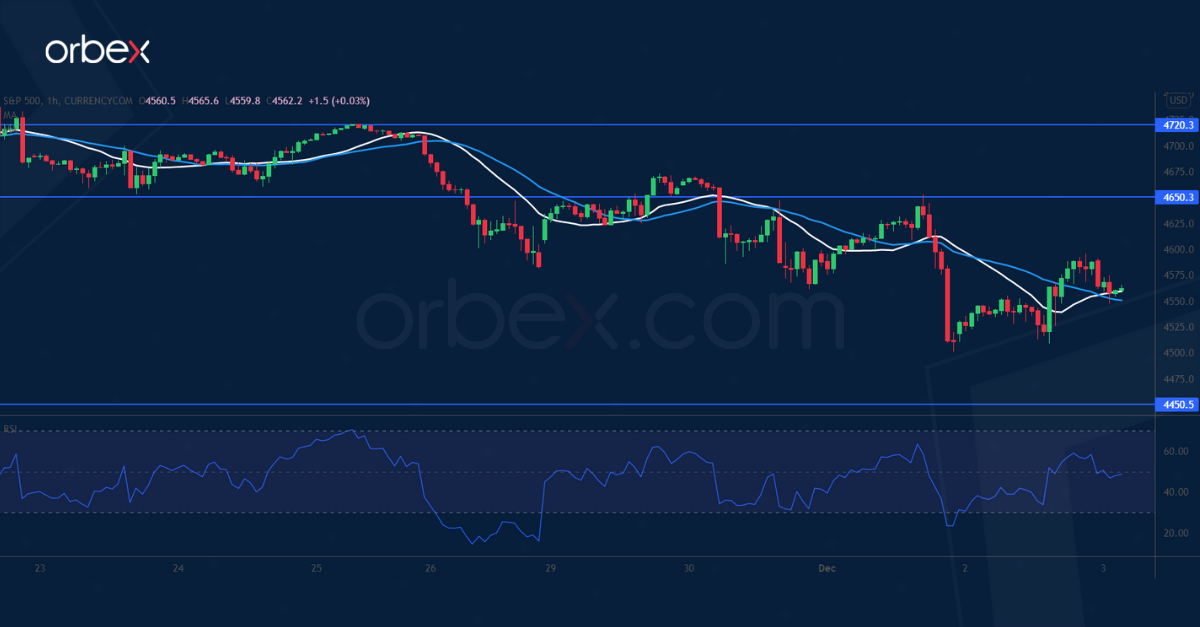 The S&P 500 continues on its way down as investors jump ship amid the omicron scare.

The latest rebound has been capped by 4650, a sign that the bears are in control of short-term price action. A combination of pessimism and lack of buying interest means that the index is stuck in a bearish spiral.

An oversold RSI may cause a limited rebound as intraday sellers cover their positions. 4450 at the origin of a previous bullish breakout would be the next target. 4360 is a second line of defense that sits in a daily demand zone.