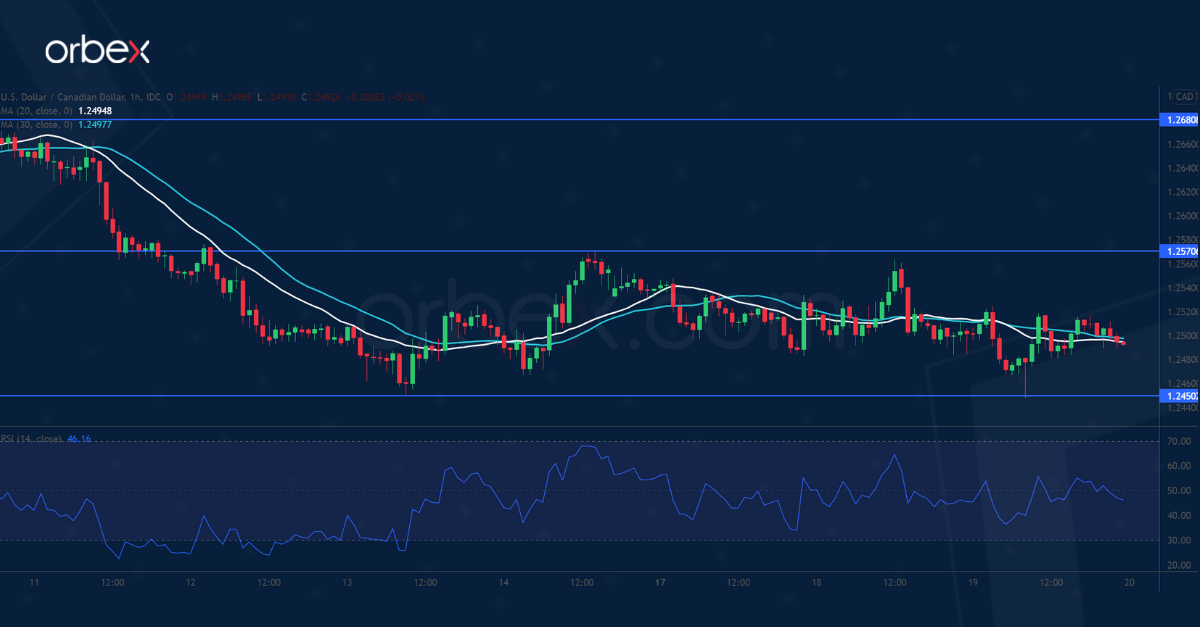 The Canadian dollar finds support from hotter-than-expected inflation. The US counterpart remained under pressure after it failed to hold onto 1.2500.

The RSI’s repeatedly oversold situation has attracted some buying interest. But timid rebounds have rather been opportunities for trend-followers to sell into strength.

1.2570 is a key resistance to lift if the bulls look for another chance. On the downside, a drop below 1.2450 would trigger a new round of sell-off towards the daily support at 1.2390. 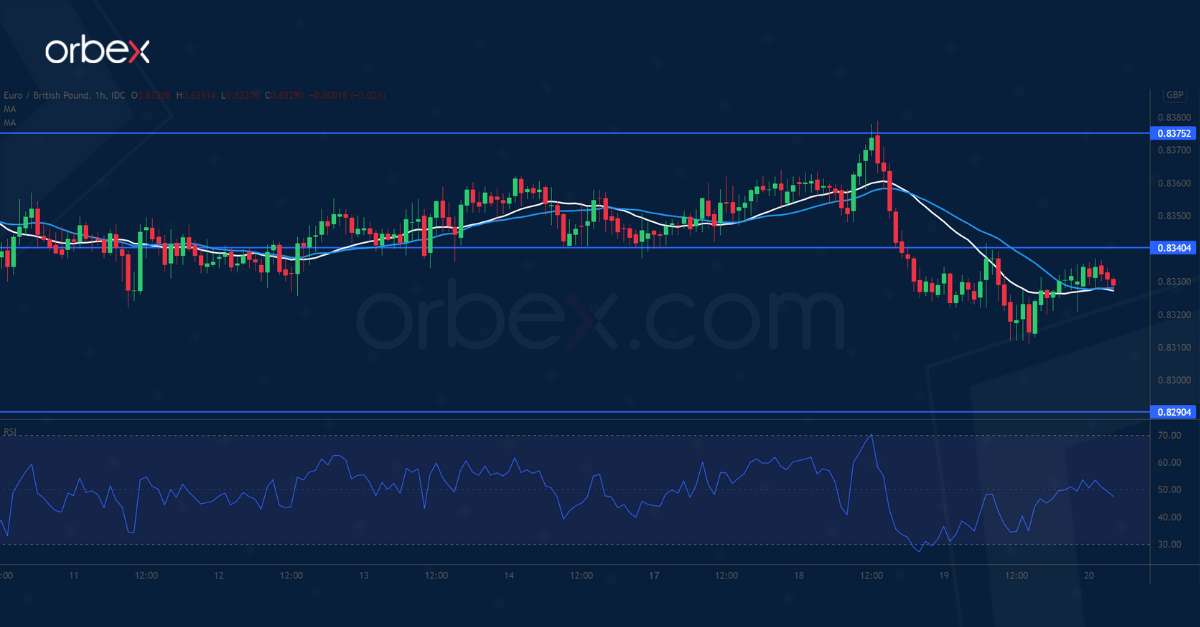 The euro has struggled to lift offers around 0.8375 after a two-week-long consolidation. The subsequent break below 0.8340 has forced buyers to bail out, exacerbating the bearish mood. This former support has turned into a fresh resistance.

A bearish MA cross indicates an acceleration to the downside. The pair is now heading towards February 2020’s lows near 0.8290. An oversold RSI may cause a limited rebound. 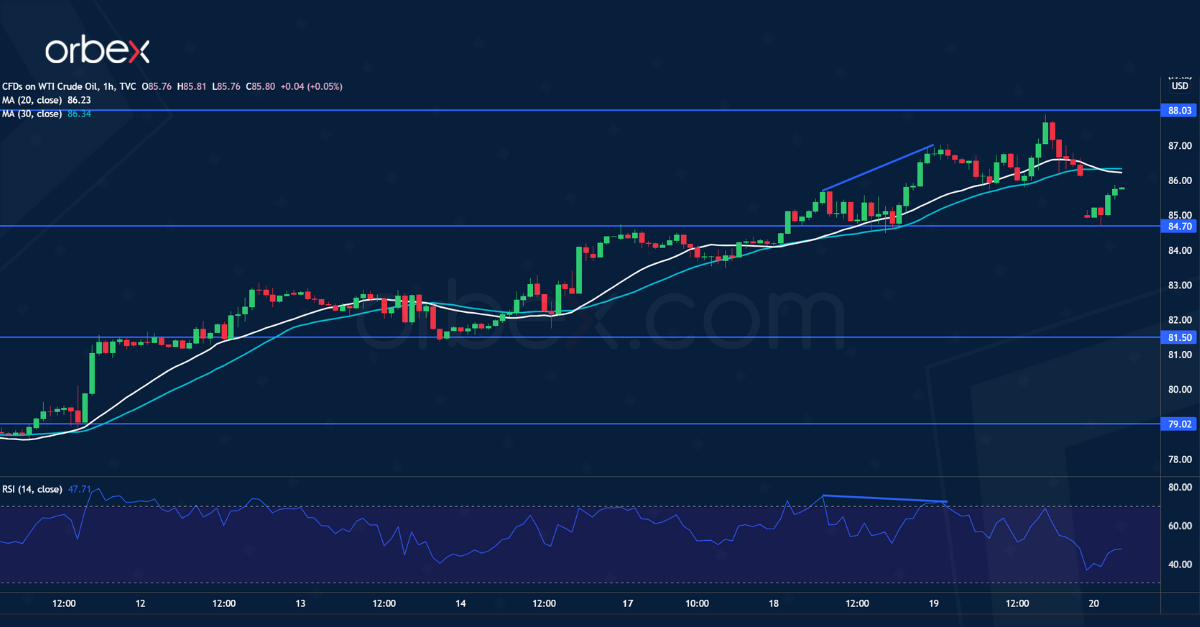 WTI crude continued upward after the IEA warned inventories in OECD countries were at their lowest levels.

The rally may accelerate in the medium-term after the bulls clear last October’s high at 85.00. However, the RSI has shot into the overbought area on the daily chart.

Bearish divergence on the hourly time frame suggests a slowdown in the short-term momentum. Price action could be due for a pullback. 84.70 is the first support and 88.00 is the resistance when the price bounces back.