I come up with amazing looking backtests all the time. This is the latest example using the

The equity curve of the new strategy without trading costs.

The free and hypothetical version of the strategy yielded $79,618.82 for an uncompounded return of 796.19% over a period of 3 years. The strategy trades all major FX crosses. As you can tell, the signal quality remains nearly constant across multiple market conditions. It looks great.

Trading costs drop the profits by 98.22%

I always take a heavily pessimistic view when it comes to assuming trading costs and slippage. It requires a lot of intellectual honesty, but making an effort to avoid rosy assumptions saves a lot of pain and disappointment down the road. The assumptions are really severe on cross currencies where we assume spreads and slippage north of 5 pips.

Performance with pessimistic trading cost assumptions drops to only making $1,000 in profit. The strategy doesn’t need to go in the rubbish bin, but it’s far from ready for prime time. There’s no scenario where it makes sense to trade with market orders.

How to trade on the cheap

I’m notoriously frugal. One of my fraternity brothers in college still tells stories about me counting loose change and tracking it in MS Money.

That kind of mentality drives my wife crazy… but it’s a real asset for a trader! Traders make their money on the margins like every other business person.

I spent yesterday afternoon coding this new strategy with a slight twist. Instead of paying the spread on every single trade, what if I use limit orders to try and earn the spread?

Even quiet pairs on NZDCHF still exhibit a degree of noise on every bar. I haven’t done any research to back it up, but my subjective experience says that the wicks of 90% or more of bars will be at least as long as the spread is wide.

Traders make their money on the margins like every other business person.

Said another way, if the spread on EURUSD is 0.3 pips, then the difference between the open and low price on 90% of bars should be at least 0.3 pips, too. That’s my assumption, anyway.

An example of twisting the strategy to use limit orders

The idea for my test is to set my limit order at 1.06457. Since I’m a retail trader, that means I’m asking the market to move down half a pip before I’ll get to have a position. Requiring a small move in my favor theoretically earns more than jumping into the market with both feet.

I could theoretically model the idea in a backtest, but there are critical assumptions that make it pointless.

1) The average spreads available in my 2009-2011 backtest period were far wider than they are today
2) The spread varies significantly throughout the day. EURUSD is routinely as low as 0.2 pips in the European sesssion, but can easily hit over 1.0 pips in the dullest portions of Asian trading.

The second item could be completely detrimental in a backtest. It’s better to test the idea on a live demo and get something closer to real trading data.

I’m only 15 hours into the test, but at least everything is off to a good start.

The goal for the test is simple: place at least 300 trades in the account. That should only take about 2 weeks since the strategy is so hyperactive.

The criterion for success is equally simple: does the real-time demo trading performance meet or exceed the backtesting performance over the same time period?

I started trading in the evening of November 23, which means that I should hit my 300 trade threshold around the 10th day of trading. The trading frequency does fluctuate, but that should occur sometime around December 4th.

Even though I have live demo data, I’m going to run a market entry backtest from November 23 to December 4. If the demo trading, which uses limit orders, exceeds the market entry backtest, then I have a reasonable basis for assuming that the strategy is ready to trade on a small live account. 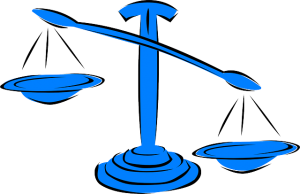 I’m also ironing out bugs that appear during the live simulation. More than likely, these dates will be pushed back. I already found 2 issues that require investigation after only 22 trades. There’s no point in judging a strategy if it’s not performing exactly as specified.

You probably noticed that the forward test equity curve is from MetaTrader. Why would I test in one platform but execute in another? All of my backtests were done in Seer.

I routinely use this method because the slightest errors in logic can lead to dramatically different trading outcomes. It’s the difference between making a lot of money and losing a lot of money. Yes, I’m sacrificing efficiency. The stakes for a strategy are so high that it’s better to make 2 people do the same work in exchange for the confidence of knowing that it was done properly.

MetaTrader is inferior to Seer by every measure. The only reason that I wrote my code in MetaTrader was that I’m anxious to test the idea. MQL4 is easy for me to code – programming for MetaTrader is one of our main services.

After Jingwei finishes programming the Seer version next week (she’s off for Thanksgiving), I’ll have the basis for comparing my MT4 version against hers. It’s terribly inefficient, but I also know how likely I am to waste weeks on analyzing trades placed according to rules that don’t exactly match my strategy. Better safe than sorry!!!

How to fatten the margins

One thing I hate about retail trading is that very few venues offer a true ECN. Trading on a traditional retail forex broker means that I have to wait for the spread come down to touch my order. In the example I gave using EURUSD, it requires that the market move 0.5 pips in my favor before I get a fill.

Trading on an ECN would significantly increase the probability of receiving a fill on the limit order. Using the EURUSD example where the current prices are 1.06457 x 1.06462, I would place a buy limit order on the bid at 1.06457. If anyone in the market sells at that time, it means that at least a portion of the order would be filled almost immediately.

In effect, trading on the retail spreads contains the worst case scenario for execution. The price has to adjust 0.5 pips in your favor in order to get filled. If you trade on an ECN and the price fell 0.5 pips, you would get filled every single time. But you also get the chance to get filled earlier and faster because if anyone comes in and goes short at market, the order sits on the book waiting for someone to hit it. 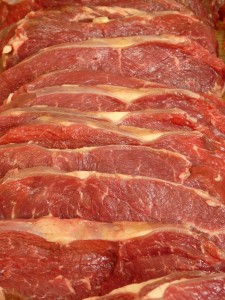 I’m proceeding with the demo test now. If it meets or exceeds the backtest results, I’ll then know with the highest degree of confidence possible that the method is ready for live trading. I’ll probably start with a few thousand dollars for the first month. Then, if it succeeds, I’ll really start to scale it.

There’s no reason that all trades must occur on H1 charts. I can always shift the trading intervals by one minute, two minutes… fifty-nine minutes. And even there, it’s possible

My ideal scenario is to trade the strategy on an ECN venue, which requires a minimum balance of $250,000. That amount of money is far higher than I’m comfortable risking. The old rule of trading is that you never risk more than you’re comfortable losing.

That means I’ll likely be looking for a partner to make sure the strategy runs in the best environment possible (an ECN). Are you possibly that partner? If so, send an email to info@onestepremoved.com and introduce yourself. Nothing will happen for several months, but it always takes awhile to build relationships and feel comfortable with a project.

Where Hedge Fund Titans Are Putting Their Money