The US and global economies have gained a lot of ground since the 2008 financial crisis. But anyone who thinks we’re on a steady path to the promised land clearly hasn’t been paying attention. Global economic growth has slowed to a crawl, inflation is sinking and consumer confidence remains low. Commodity prices are in their worst crisis of a generation and central banks are easing monetary policy at an alarming rate. The United Kingdom just decided to leave the European Union (EU) in a vote that has changed the fundamental outlook on the pan-European project.

In the world’s largest economy, a presidential race is heating up that pits Democratic candidate Hillary Clinton against Republican nominee and perennial outsider Donald Trump. On the one hand we have a conservative democrat that is billed as a war hawk and on the other hand, there’s Donald Trump, a man who has divided the Republican Party and campaigned on the platform of building walls, “getting tough” with China and banning Muslims from entering America.

Faced with these choices and no real third option, there’s no doubting that the upcoming election will impact the globe in many ways.

Should the economy or political system collapse under one of these two presidents, investors will be looking for ways to protect themselves. Not every investor is convinced that Clinton or Trump will be a disaster, but most will be looking for ways to protect their wealth against the great unknown. Below we take a look at eight safe-haven investments you might want to consider ahead of the election.

No list of safe-havens can ever be complete without the yellow metal. Gold is perhaps the world’s oldest safe-haven, having been used continuously throughout human history. There are several reasons gold makes a great investment. Unlike fiat currencies like the dollar, gold retains its value over the long-term, has a finite supply and is considered a completely private investment (in the case of physical bullion).

Obviously, gold investment comes in many forms – physical bullion, exchange-traded funds (ETFs), futures contracts and shareholdings in mining companies. When it comes to economic doomsday, physical bullion might be the haven you’re looking for.

Gold’s prospects are on the rise, having gained well over 20% since the start of the year, meeting the technical definition of a bull market. The yellow metal’s price gains have slowed in recent months, presenting investors with a good opportunity to snatch it up at a reasonable cost.

Silver is the second major precious metal that has been long regarded as a true safe-haven. While many describe it as “poor man’s gold,” the grey metal has unique advantages. In addition to being an investment-grade metal, silver also has several industrial uses. And because it is a byproduct of other mining activities, its supply has been somewhat limited by the commodities slowdown. If the prices of primary commodities are low, miners will limit or cease production. This also drives down the supply of silver, which is a byproduct of base metal extraction. So don’t frown upon silver!

In times of political and economic crises, silver is a viable safe-haven investment that can be bought and sold in a similar fashion as gold.

When it comes to currencies, the Swiss franc is widely regarded as one of the safest and most reliable, reflecting the broader political and economic climate of Switzerland. In fact, the franc’s safe haven status has been described as a curse because nobody wants it during the good times. Its recent performance certainly reflects that.

The Swiss franc has declined 23% against the US dollar over the past five years. But if you go back further, you’ll find that the franc has actually outperformed the dollar, especially since the turn of the 21st century.

Having said all that, the franc has certainly had its fair share of volatility the past few years. Need we remind you of the Swiss National Bank’s shocking de-pegging of the EUR/CHF exchange rate in January 2015? This caused the franc to spike 30% against the euro. At the same time, however, it dented Switzerland’s economic growth prospects, given that a higher franc makes Swiss-made goods less competitive internationally.[1]

As a refresher, the Swiss National Bank’s decision to de-peg the EUR/USD sent several forex brokers out of business. The franc may be a safe haven, but we can’t always account for the behavior of central banks.[2]

Japan is hardly a country that one would generally associate with stability. The world’s third largest economy has been struggling with stagnation not for a year or two, but for at least two decades. Collectively, Japan’s 1990s and 2000s have been described as the “lost decades.”[3]

This has necessitated an extreme response from the Japanese government under Prime Minister Shinzo Abe, who back in 2012 introduced his “three arrows” of fiscal stimulus, monetary easing and structural reform. More than three years later, Japan’s economy is barely growing and inflation is actually negative.[4] Now, Japanese policymakers are actively considering becoming the first to introduce helicopter money, a policy whereby the central bank actually gives residents cash deposits to be used as a one-off spending spree.[5]

Despite these underlying problems, the market believes in the Japanese yen, which has emerged as Asia’s preferred safe haven currency. Both the yen and Japanese government bonds have enjoyed big gains over time, given Japan’s ability to run a large trade surplus throughout its history.[6]

Even amid the Bank of Japan’s massive stimulus efforts, which includes hundreds of trillions of yen in quantitative easing[7] and negative deposit rates, the yen has surged against the US dollar. Through the first eight months of the year, the USD/JPY exchange rate has plunged over 15% creating fresh headaches for the BOJ.

Believe it or not, Norway’s krone currency is another potential safe haven. While it might not have the characteristics of other safe haven currencies, it operates in a quiet, sheltered economy that has remained largely on the outside of the European debt crisis and political battles between north and south, east and west.[8]

The krone has been described by Time Magazine as the world’s safest currency. While this title is certainly dated, it reflects the country’s strong finances, including budget and current-account surpluses that should give investors plenty of confidence to diversify in the Scandinavian country.

However, analysts do warn against putting all your eggs in one basket – or in this case, all of your money into one Scandinavian country. Norway doesn’t have the same financial infrastructure as Switzerland. The country isn’t exactly known for its bond market (which is virtually non-existent), and may not have the economic backbone one looks for in a safe haven.[9] Still, Norway’s stability and sound finances are an attractive bet, especially for investors familiar with the country.

Mark Twain once said that buying land is a good idea because they’re not making any more of it. For the purpose of investing, what could possibly be better? Recall that one of the chief advantages of owning gold is that it’s a finite resource. Well, what’s more finite than land?

The value of agricultural land has gone up in recent years. With the global population expected to mushroom over the next 20 years, agricultural land will be needed to grow the crops that are going to feed entire nations. According to the United Nations Department of Economic and Social Affairs, the global population will reach a staggering 9.7 billion by 2050.[10] That’s nearly 10 billion mouths that require feeding. While owning a quality farm can be challenging, it’s pretty much a guarantee that it’ll always hold its value.[11]

Bitcoin is a breakthrough technology that is leading a paradigm shift in how we view the world of finance. It also happens to make a great investment in times of crisis because it exists outside the control of any government or central bank.

For starters, the bitcoin network isn’t owned by anyone and coins can be mined and created by virtually anyone who understands the cryptocurrency’s protocol. Behind the scenes, the bitcoin network is powered by a public ledger called a blockchain. This so-called blockchain contains every transaction ever processed, ensuring validity of verifiability of every transaction.[12]

From an investment perspective, the great thing about bitcoin is you know there’s a limited lifetime supply of 21 million coins. That’s the total number of bitcoins that will ever be created. With such a finite supply, there may come a time where the coin’s value is worth several times what it is today.

The price of bitcoin spiked above $700 earlier this year, reflecting a period of relative calm in a market that has so far been extremely volatile. As bitcoin continues to earn legitimacy in the eyes of consumers, investors and governments, there’s a strong possibility that its value will continue to rise. So in the event of a massive economic crisis, bitcoin might be a safer alternative than fiat currencies controlled by central banks.[13]

The post Preparing for Doomsday: 8 Safe Haven Investments to Hedge Against a Trump (or Clinton) Presidency appeared first on Forex.Info.

Source:: Preparing for Doomsday: 8 Safe Haven Investments to Hedge Against a Trump (or Clinton) Presidency 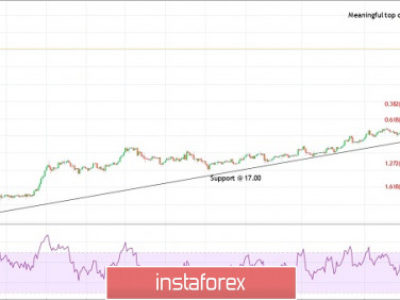