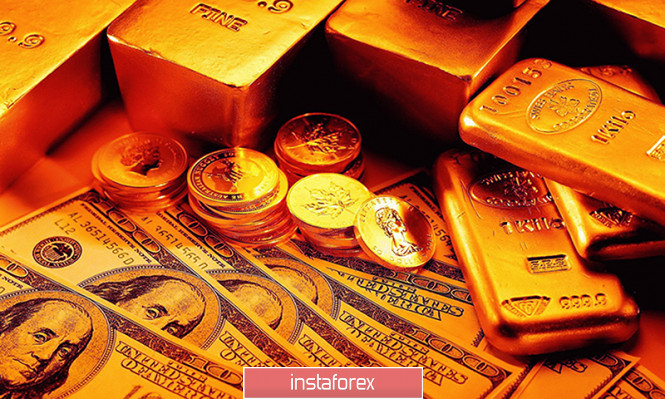 The epidemic of the coronavirus COVID-19 is rapidly destroying the global economy, central banks and governments of various countries are taking emergency measures in an attempt to save what is left of it. The global margin market has led to a collapse in the value of assets around the world. Unfortunately, it was not possible to avoid negative consequences for gold, which experienced a rapid rise during March, then a fall, and then rose again and at the time of writing these lines are quoted at around $ 1,600 per troy ounce. So why did gold fall and what are its prospects? Let’s try to figure it out.

Speaking about the prospects of gold or any other asset, we need to understand the approximate time horizon of our transaction or investment, otherwise we may encounter a situation where the asset will decline in price in one time span and grow in another. Increased volatility increases the uncertainty of trends, but the market is a market, and before moving on to considering short-term positions, we will analyze the investment prospects of gold and identify the reasons for the price decline that we observed in mid-March.

In anticipation of the crisis of the last decade, gold also experienced several periods of rather substantial decline. So, for example, the price of gold formed three cycles of decline in March-May, in July-September and October-November 2008, as a result of which it declined from $ 1000 to $ 700, and only then did the gold begin a cycle of increase, which ended with an increase to around $ 1900 in 2011 (Fig. 1). 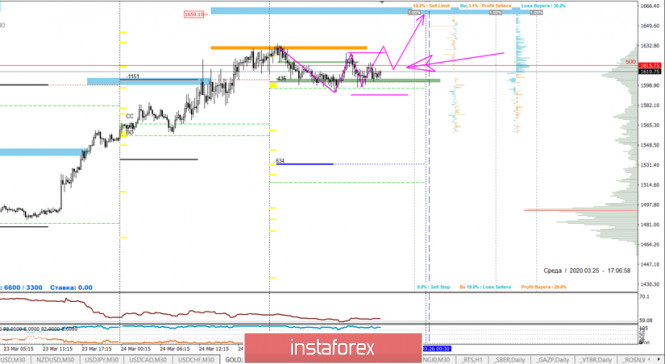 The price reduction was due to the quantitative contraction policy pursued by the US Federal Reserve before the onset of the severe phase of the financial crisis caused by the bubble of mortgage construction in the United States. The Central Bank withdrew liquidity from the market, which led to the need to replenish the lack of margin or liquidate the position even with lower asset prices. As a consequence, such a policy was recognized as invalid, but this time, the Fed increased liquidity in the markets in advance; however, it was clearly not enough under conditions when stock markets grew for ten years, powered by quantitative easing programs conducted by central banks around the world.

Traditionally, gold is a safe haven asset, but in periods of severe squeezing of liquidity, traders are forced to exit assets, including gold. This would seem to reduce its protective functions, but even in this case, gold remains an excellent stabilizer of market risks. For example, the price of gold in yen declined by 1.5%, while the price of Japanese stocks dropped by 29%. On the other hand, the price of gold in euros rose by 2.2%, while European indices fell by 36%.

The liquidity crisis in euro, yen and dollars led to the currency market dropping up and down, and dropping the price of gold along with it, which exceeded again $ 1,600 per troy ounce by March 25. If we consider the short-term prospects of the precious metal at the hourly time, they look like this: gold consolidates at the top of its growth impulse from March 20-24, after which it will most likely continue to move upwards to the zone of $ 1650. At the same time, there is a high probability of one or more false breakdowns down to the $ 1580 zone, with the goal of buying at lower prices, the so-called liquidity seizure (Fig. 2).

Fig. 2: Forecast of the movement of the price of gold on an hourly basis.

Traders need to take into consideration the fact that the hourly time determines the dynamics of the price for the future to one, a maximum of two weeks, and also take into account the high level of volatility in the global financial markets, which puts forward additional requirements for money management, in other words, it is easier for traders to reduce the size open positions.

Long-term gold prospects are more defined than short-term ones. After the central banks of the developed capitalist countries switched to direct monetization of the debts of governments and citizens, and financial institutions faced a massive injection of liquidity, gold has good growth prospects in all currencies. In addition, investment demand for gold remains high despite the short-term decline in demand from the jewelry industry in the United States, China and India. Since the beginning of 2020, investment flows have remained positive despite the global margin market. At the beginning of the year, the total investment flow increased by 7.72%, increased by $ 11.5 billion and amounted to 202 tons. In total, exchange trading funds contain gold worth $ 149 billion.

The effectiveness of gold lies in its unique properties of both a consumer product and an investment asset, which are closely related to factors affecting its value: economic expansion, risk and uncertainty, opportunity cost and positioning of traders on various exchanges, primarily in the United States.

In fact, amid the unprecedented economic incentive measures, the effect of which can acquire the properties of hyperinflation, the fall of traditional sectors of the economy, gold can become new in the shortest possible time – the old equivalent of value instead of rapidly depreciating fiat money.

From the latest news, CME Chicago has launched a new gold futures contract with an expanded, flexible supply in 100-ounce, 400-ounce or 1-kilogram bars. It is expected that the new contract will be launched with its first validity in April 2020, pending approval by the regulator.

“This time of unprecedented market conditions has led to growing demand for a wider range of supply needs for our customers around the world,” “Offering a choice of supply sizes as well as cross-product spreads with our gold benchmark futures, this new contract will provide customers with maximum flexibility in managing physical supplies.” said Derek Sammann, Senior Managing Director and Global Head of Commodity and Options Products, CME Group.

It may take some time to stabilize financial markets since no one knows how long the COVID-19 coronavirus epidemic will last, or how deep the decline in the economy and consumer demand may be. Moreover, the growing budget deficit, negative interest rates and falling GDP of all countries without exception can create and are already creating structural problems for asset managers, pension funds and personal savings of citizens. In conditions of rapidly growing uncertainty, gold remains the only asset over which time has no power, and the only material value at all times. Take care of yourself and always be careful. May this coronavirus already passed.

Source:: Prospects for gold against COVID-19