What is Ripple XRP? A Complete Guide

The term Ripple is often used interchangeably for the digital currency (XRP), the open payment network that the currency is transferred, as well as the holding company.

The XRP ledger is an open-source product created by Ripple. It was created to solve a major point of friction in international payments which is the pre-funding of nostro/vostro accounts. XRP can be used by banks to source liquidity on demand in real time, and by payment providers to expand reach into new markets, provide faster payment settlements, and lower foreign exchange costs.

Ripple is essentially taking a stand against what they call “walled gardens” of financial networks consisting of banks, credit cards, and other institutions such as PayPal that restrict the flow of money with fees, currency exchange charges, and processing delays.

When you think about it, the state of the global payments industry is weirdly behind.

We can stream and download entire artist discographies on our phone in the middle of a forest, yet sending a few digits of currency to your Grandma in Japan (if you don’t have a Grandma in Japan, use your imagination) requires fees and processing time.

Well, it wouldn’t be a stretch to assume that the financial institutions collectively making trillions of dollars over payment fees aren’t racing to innovate the traditional system that puts money in their pockets.

The financial industry has also tended to keep pertinent information shrouded in complicated financial jargon that trips up the average person. Words such as “collateralized debt obligations” and “quantitative easing” have established the financial realm in an esoteric curtain.

However, instead of taking a “burn it to the ground” approach that many cryptocurrency ideologists have adopted, Ripple aims to work with the current financial world.

The equivalent of roughly $155 trillion dollars moves across borders every year. For the sake of example, let’s assume that everyone used PayPal, which charges a 2.9% fee for each transaction. Granted, this would be way on the high end for payment fees, but we’re all probably familiar with PayPal taking a cut of our payments at some point or another. This means that about $4,495,000,000 ($4.495 trillion) of those global payments would go straight to Paypal (or another company or institution) . To add insult to injury, these payments would likely even take days to process.

Where does Ripple Come in?

So, the opportunity for something like Ripple to shake things up is there.

And I know, there are dozens of starry-eyed alt-coins saying “If we could only grab X% of this (insert incomprehensibly large, extremely competitive, and generally unattainable market), we’d be a dominant player in the industry.”

Ripple was initially launched in 2012. The thing is, Ripple is already a revenue-producing company with over 100 financial institutions on its blockchain network including Standard Chartered Bank, Westpac, Banco Santander, and BBVA.

In order to understand how Ripple functions, it’s useful to know about the RTGS and RTXP (we’ll make sense of these jumbled letters soon).

For example, when you send money via Bitcoin, the value is settled in real-time (not counting any Bitcoin delays). That’s what we mean by Real-time Gross Settlement System (RTGS).

Once another government, company, or financial institution joins RTXP, it can transact with other gateways at a much faster speed and a fraction of the cost. RTXP also makes it possible to receive payments from any fiat (ex. USD, EUR,) or cryptocurrency (ex. BTC, ETH).

Ripple essentially made something for any type of entity that regularly moves large amounts of money across borders. For example, companies such as Apple and Amazon are already spending billions across borders.

It’s important to note that the Ripple Network also functions as a currency exchange between all types of fiat money. However, in order to do do this, it has to be able to guarantee liquidity. That’s where XRP comes in. XRP is the digital asset that is built for providing source liquidity to payment providers, market makers, and banks.

While Ripple’s infrastructure makes sense for large corporations, it doesn’t lend much to the average consumer. RTXP doesn’t provide the average person much of a benefit. So, Ripple likely isn’t going to change how you personally receive and send money anytime soon, but it is looking to revolutionize how money moves around the world on a larger scale.

A key element to know about Ripple (XRP) is the sheer amount of Ripple in existence. All XRP has already been created with a total supply of 100 billion. There are currently around 38.6 billion Ripple XRP tokens in circulation, with the rest held by Ripple Labs.

In an announcement in May 2017, Ripple stated its plans to release 55 billion of its XRP in escrow to ensure the certainty of the total XRP supply.

Ripple is Kind of Centralized

Given the fact that Ripple Labs holds around 61.4 billion XRP tokens, it’s not a far reach to say that Ripple is centralized, or at least more so than the majority of other cryptocurrencies.

However, Brad Garlinghouse (CEO and Founder of Ripple), views it differently.

Garlinghouse stated that “Ripple is not centralized. To be clear, if Ripple disappeared today XRP would continue to function. To me, that’s the most important measure of whether something is decentralized.”

He then went out to point out some of the facts that supported that Ripple is, in fact, decentralized.

In May 2017, Ripple released their decentralization strategy. Ripple announced the plans to diversify the validators on the XRP ledger and expanded them to 55 validator nodes in July 2017. Ripple also shared plans to add third-party validating nodes, while removing one Ripple-operated validating node for every two third-party nodes, until there is no single entity that operates a majority of the trusted nodes on the XRP ledger.

Well, I think a more accurate way to describe whether or not Ripple is centralized or not is that it’s a weird mix of both. You’ve got this holding company that has more than half the tokens with plans to release the rest, which is likely prioritizing the acquisition and onboarding of new partners on the Ripple network.

Being centralized isn’t necessarily a bad thing, but it does dissuade many “decentralized” ideologists within the cryptocurrency community.

Where Can You Buy and Store Ripple?

You can buy Ripple at many of the most popular cryptocurrency exchanges such as Bittrex, Kraken, Bitfinex, and Poloniex, as well as through any brokerage platforms such as Changelly, or the exchange and wallet provider Gatehub.

When I first bought Ripple, I used GateHub just because it was recommended to me and it worked out pretty well. I eventually moved to a more robust exchange. If you want to hold Ripple (XRP) for the long term, however, I recommend using a hardware wallet such as the Ledger Nano S or one that supports Ripple.

Hard wallets are generally much safer because they’re offline and have better security than exchange and other online wallets, but they aren’t ideal for someone trading frequently. Online wallets such as the ones hosted on Bittrex make it easier to trade, but since they are connected to the Internet there is a risk involved.

Should You Invest in Ripple (XRP)?

Well, that’s entirely up to you.

Ripple’s success is ultimately tied to the number of partners on RippleNet (which has been growing steadily over the past year), how many people use Ripple’s products, and how effective XRP is.

Ripple seems to be doing well on those fronts, however, it’s important to note the sheer supply of XRP on the market (a total supply of 100 billion). As if that wasn’t a hard pill to swallow for investors, Ripple also holds around 62 billion Ripple (~62% of the total supply). This means they can technically inject massive amounts of their XRP into the market to control the price and keep it generally low.

However, beyond the investment metrics, it’s important to really understand the position Ripple (XRP) is in.

You can also find more insights directly from the Founder and CEO of Ripple, Brad Garlinghouse, in a Quora Sessions. He talks about everything from whether you should invest in Ripple and how Ripple could revolutionize finance.

So, whether you choose to invest in Ripple (XRP) or not, it’s worth watching as blockchain adoption increases. Ripple is one of the very few legitimate viable competitors to the old guard financial system and it could play a major role in how money moves around the planet.

As far as any practical applications for use by the average person of an XRP token, there aren’t many. That could also a big contributing reason to why many people just aren’t excited about holding and owning Ripple (XRP). However, when you view Ripple (XRP) through the lens of the global payments industry, it’s a traditional high-tech David vs. the established Goliath.

Disclaimers: I’m currently an investor in Ripple (XRP) holding for the long-term. This is by no means financial advice. 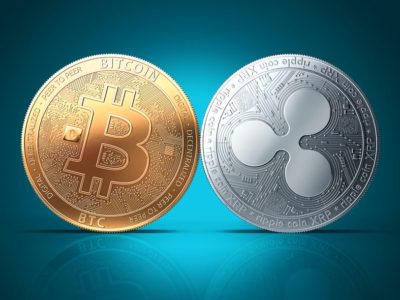 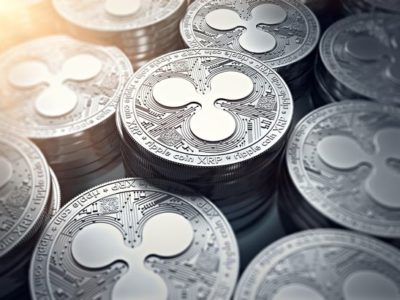