Throughout last year, the vector of the price movement “Aussie” was directed to the “south” of the chart. The preliminary calculated goal of the movement is not achieved.

The rising wave of January 3 has a reversal potential. In the structure of a larger trend, it will become a correction.

The downward stretch of January 31 corrects the price increase of the last month. The wave is nearing completion. 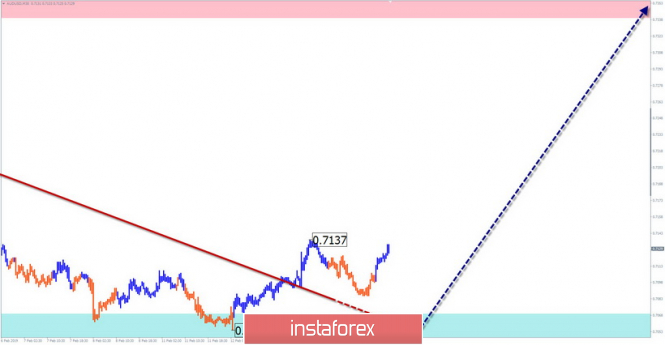 In the coming days, the price of the pair is expected to change course. The pace of recovery can accelerate significantly with a suitable news background. It is recommended to track the instrument purchase signals.

Explanations for the figures: The simplified wave analysis uses waves consisting of 3 parts (A – B – C). The analysis uses 3 consecutive scale graph. Each of them analyzes the last, incomplete wave. Zones show calculated areas with the highest probability of reversal. The arrows indicate the wave marking by the method used by the author. The solid background shows the formed structure, the dotted – the expected movement.

Note: The wave algorithm does not take into account the duration of tool movements over time. To conduct a trade transaction, you need confirmation signals from the trading systems you use! 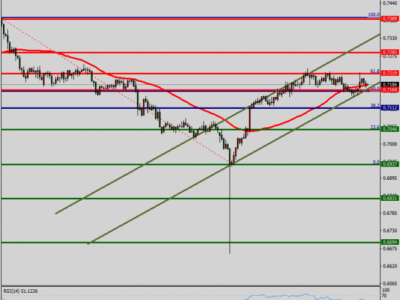 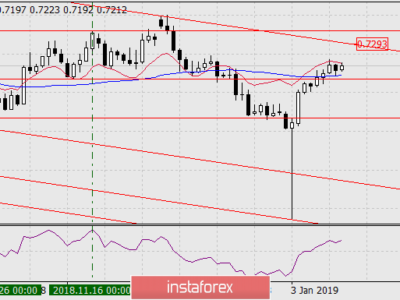 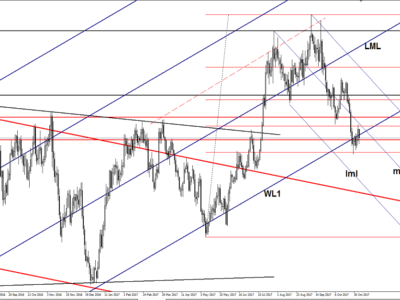