So What Gives with Crude?

For the past two months or so the markets have experienced a dramatic reduction in the price of crude oil; whether it is West Texas Intermediate or Brent North Sea.  The result has been the same: this past calendar year crude oil prices have plummeted by more than 50%.  Now we’ve seen pullbacks prior to this.  Typically when the driving season is over in North America, we may witness a reduction in the price of crude from over $100.00 a barrel downs to the $70 dollar a barrel range.  But we’ve never seen a dramatic reduction this quickly in the price of crude.  This all began in the October timeframe up until the present.

So what makes this season different from all others?  For one, there hasn’t been any major upsets to the supply of crude due to hurricanes or weather mishaps in the Gulf of Mexico.  In fact this past year there hasn’t even been a warning of a potential upset to the supply of crude.  Secondly the idea of shale oil has taken a firm hold in North America as both American and Canadian drillers have benefitted from this concept.

Thirdly, OPEC has met on Thanksgiving Day (November 27th) and to the surprise of all has decided not to cut supply.  On Monday, December 22nd OPEC reiterated its stance and claimed that crude could drop to $20.00 a barrel and they will not cut supply.  In November around Thanksgiving crude was trading in the upper 60’s range, now that same crude is trading in the low $50’s.

So what is OPEC trying to do?  What are they up to?  In our opinion there are two predominant reasons why OPEC won’t cap wells or reduce supply.  One, they aren’t interested in laid off oil workers on the dole.  In their view that’s something the Western nations would do.  But OPEC knows that hungry workers cause problems and they don’t want or need those issues.  Secondly and more importantly; OPEC is waging a price war of attrition with the West.  They know that if they can hold out longer than anyone else then the newer shale oil producers will be forced out of business and if that does occur, who then benefits?  The last supplier remaining and that happens to be OPEC.  If this occurs it wouldn’t shock or surprise me if OPEC decided to cut production to inflate the price of crude.

To be certain, there are some real world issues driving the price of crude lower.  Japan is officially in recession and China has already warned of slowdown in production.  Europe is teetering on recession and can’t seem to do anything solid in terms of Quantative Easing although they continually talk about it.   In 2015 Greece may turn out to be the problem that it was in 2010 with multiple bailouts for the Greek economy.  However does this justify a price reduction to the tune of nearly 50% in 3 months?  I don’t think so; clearly the laws of supply and demand are at work here. 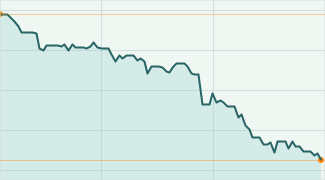 The above graph shows the price of crude from early October to the present.  Crude in early October was trading at the $90 a barrel range.

Currently and at the present time the United States is enjoying the reduction in crude prices as it is directly reflected in the price of gasoline at the pump.  No shale oil producer has filed for bankruptcy and even if that occurred the man on the street wouldn’t care as long as the price of gasoline is low.  This however is a “mirage” of sorts as if the domestic supply line is effected and the only producer left standing is OPEC, what does anyone think they’ll do?

From a strategy point of view, this scenario has forced us to change and alter our concept of market correlation.  Up until this time we’ve maintained that the price of crude and the markets were correlated; meaning that if one went up the other should follow suit.  We now maintain that if crude goes up, the markets should falter and vice-versa; in other words they are reverse correlated. 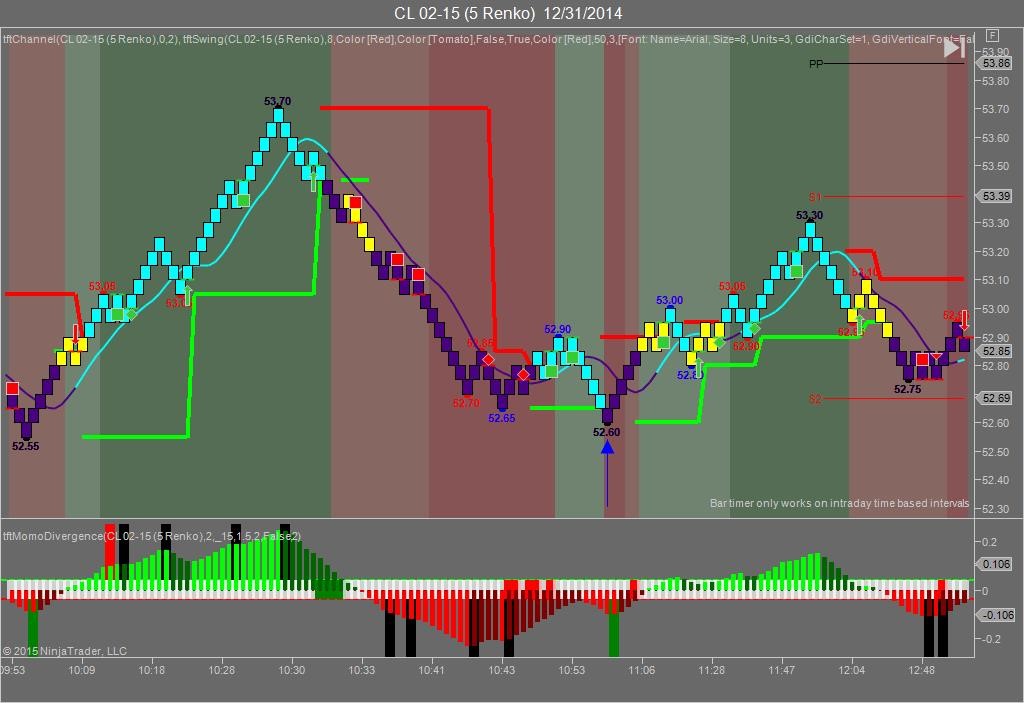 The above chart shows the March 2015 contract for crude (CL).  The blue arrow represents the price at approximately 11 AM EST on Wednesday, December 31st. 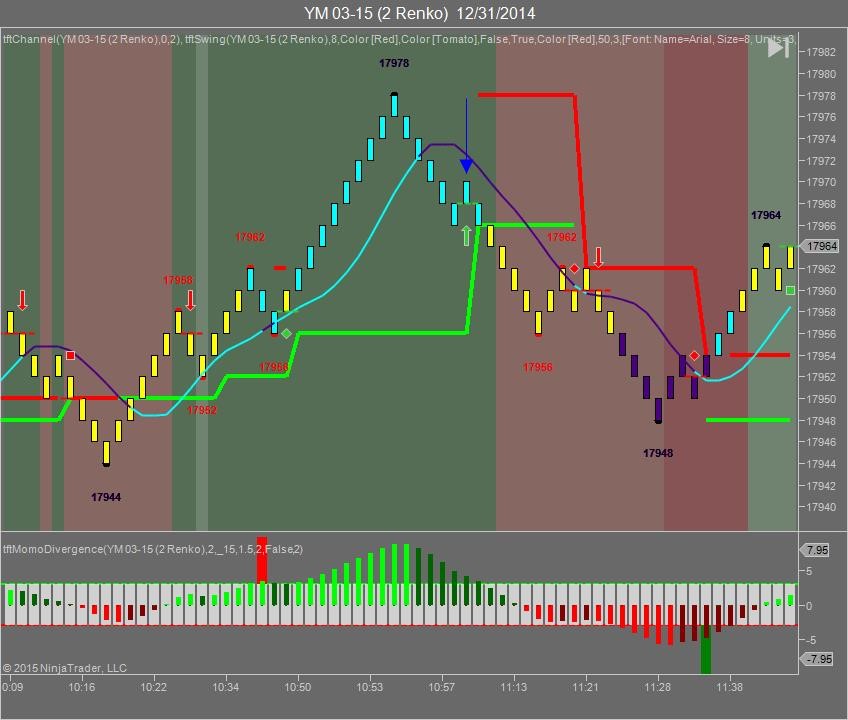 This next chart shows the YM contract for March, 2015 at around the same time as the crude (CL) instrument for Wednesday, December 31st.  While crude shows a gain in the same period, look at what occurred for the YM (Dow) composite.  It showed a drop in price.

Time will tell how this all works out, but one thing is for certain the United States and Canada need to be prepared to assist domestic suppliers of crude if they wish to maintain low prices for an extended period of time.

Nick Mastrandrea is the author of Market Tea Leaves, a daily newsletter that is dedicated to your trading success. We teach and discuss market correlation. Market Tea Leaves is published daily, pre-market in the United States and can be viewed at www.markettealeaves.com. Interested in Market Correlation? Want to learn more? Signup and receive Market Tea Leaves each day prior to market open. As a subscriber, you’ll also receive our daily Market Bias video that is only available to all subscribers. [space height="20"] [social type="twitter"]https://twitter.com/MarketTeaLeaves[/social] [social type="google-plus"]https://plus.google.com/u/0/100398191873287497330/posts[/social] [social type="youtube"]https://www.youtube.com/user/MarketTeaLeaves[/social]
Previous Story