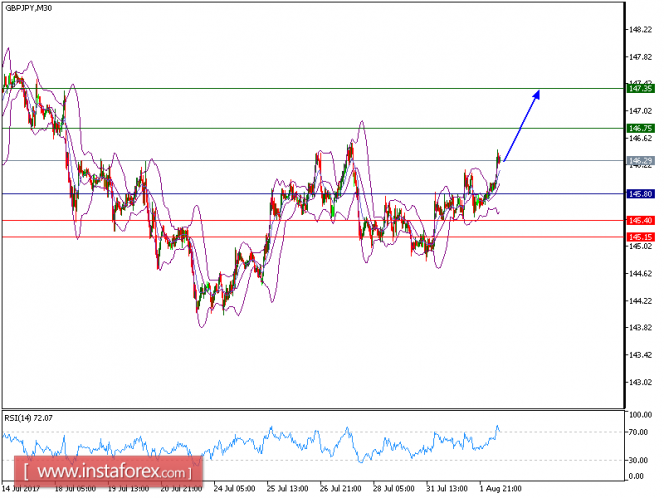 GBP/JPY is expected to trade in higher range. The outlook for this pair is positive above a rising trend line, which emerged on July 28. The rising 20-period and 50-period moving averages are playing support roles and maintain the upside bias. The relative strength index stands firmly above its neutrality level at 50 and lacks downward momentum.

Alternatively, if the price moves in the opposite direction as predicted, a long position is recommended above 145.65 with the target at 145.60.