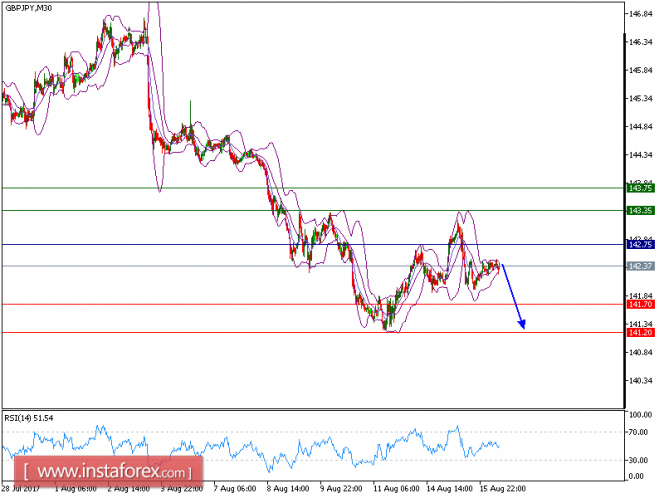 The targets which we predicted in the previous analysis have been achieved. GBP/JPY is under pressure and expected to trade in a lower range. The pair recorded lower tops and lower bottoms, which confirmed a negative outlook. The declining 50-period moving average suggests that the prices have a potential for a further decline. The relative strength index is mixed with a bearish bias.

Alternatively, if the price moves in the opposite direction as predicted, a long position is recommended above 142.75 with the target at 143.35.