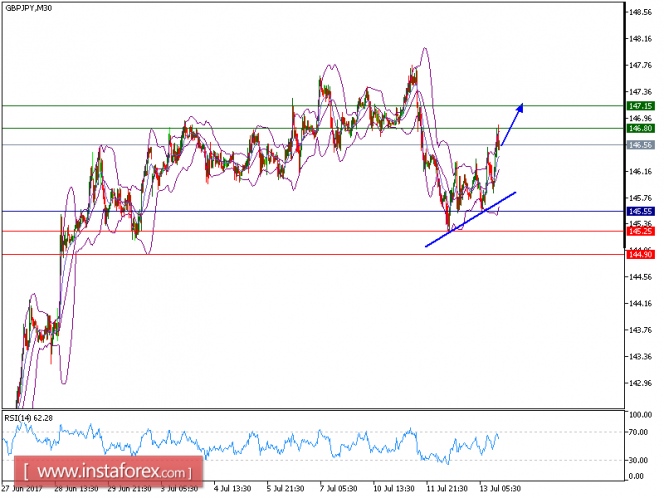 Our take profit target which we mentioned in yesterday’s analysis has been hit. The pair signals further upside potential after its upward breakout of a bullish channel. The rising 20-period and 50-period moving averages are playing support roles and maintain the upside bias. The RSI is above its neutrality level at 50.

Alternatively, if the price moves in the opposite direction as predicted, a short position is recommended below 145.55 with the target at 145.25.

Chart Explanation: the black line shows the pivot point. The price above pivot point indicates the bullish position and when it is below pivot points, it indicates a short position. The red lines show the support levels and the green line indicates the resistance levels. These levels can be used to enter and exit trades.