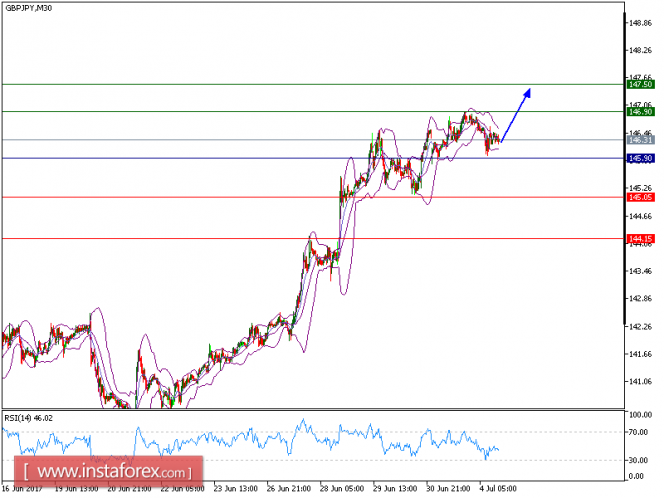 Alternatively, if the price moves in the opposite direction as predicted, a short position is recommended below 145.90 with the target at 145.05.

Chart Explanation: the black line shows the pivot point. The price above pivot point indicates the bullish position and when it is below pivot points, it indicates a short position. The red lines show the support levels and the green line indicates the resistance levels. These levels can be used to enter and exit trades.