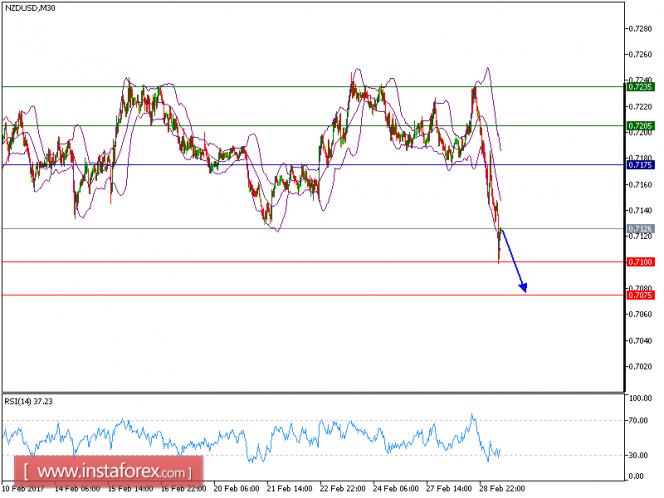 Technical analysis of gold for March 1, 2017