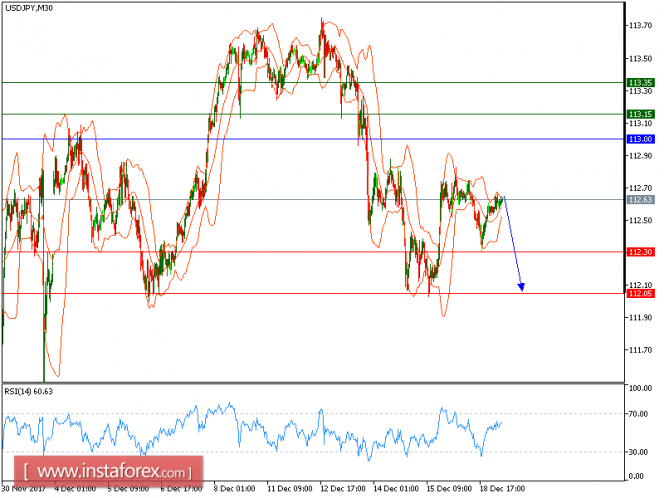 USD/JPY is expected to trade with bearish outlook as Key resistance at 113.00. The pair is rebounding from a low of 112.29 seen yesterday (December 18) but remains capped by the key resistance at 113.00. Currently, the pair is trading at levels around the 50-period moving average. The relative strength index stands above the neutrality level of 50, indicating that the rebound may proceed for a while.

However, as long as 113.00 is not surpassed, the intraday outlook remains bearish and the pair could return to 112.30 on the downside.

Alternatively, if the price moves in the opposite direction, a long position is recommended above 113.00 with a target of 113.15.

Chart Explanation: The black line shows the pivot point. The current price above the pivot point indicates a bullish position, while the price below the pivot point is a signal for a short position. The red lines show the support levels and the green line indicates the resistance level. These levels can be used to enter and exit trades.

Technical analysis of NZD/USD for December 19, 2017