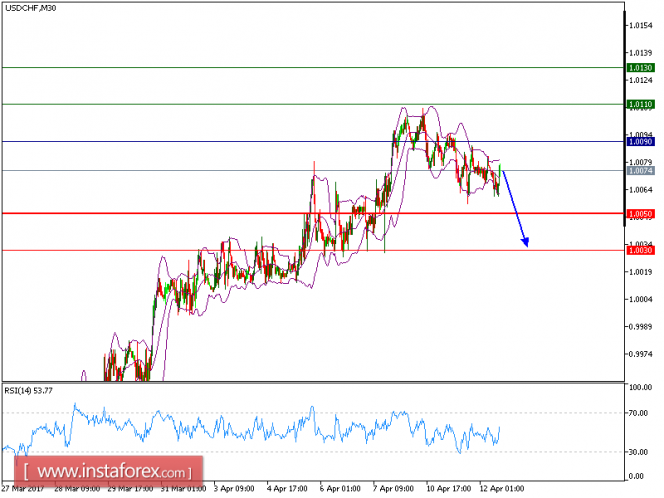 USD/CHF is under pressure. The technical picture of the pair is negative as the prices have been capped by a bearish trend line since April 10. The declining 50-period moving average plays a resistance role and maintains the downside bias. The relative strength index is mixed to bearish.

Market sentiment was dampened by geopolitical risks concerning Syria and North Korea. Investors looked for safe assets bidding up haven assets like gold, the Japanese yen and the US government bonds. The US dollar weakened against most major currencies, particularly against the Japanese yen, amid growing worries about geopolitical tensions as well as declining US Treasury yields.