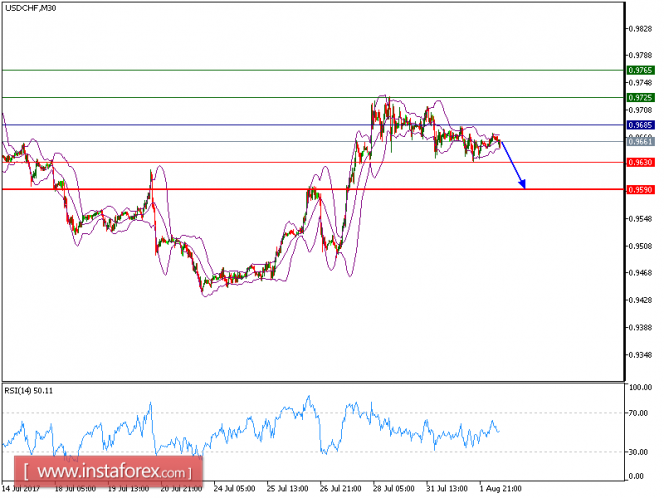 USD/CHF is expected to trade with bearish outlook and inch lower. The pair is under pressure below the key resistance at 0.9685 (the high of August 1). The declining 50-period moving average is playing a resistance role. The relative strength index is mixed with bearish bias.

The U.S. Commerce Department reported that the price index for the personal consumption expenditures, the Federal Reserve’s preferred measure of inflation, was flat in June from the prior month. The Institute for Supply Management (ISM) said its manufacturing index fell to 56.3 in July from 57.8 in June. As a result, U.S. government bond strengthened, pressing the benchmark 10-year Treasury note to 2.253% from 2.292% Monday.