Technical analysis of USD/CHF for November 23, 2017 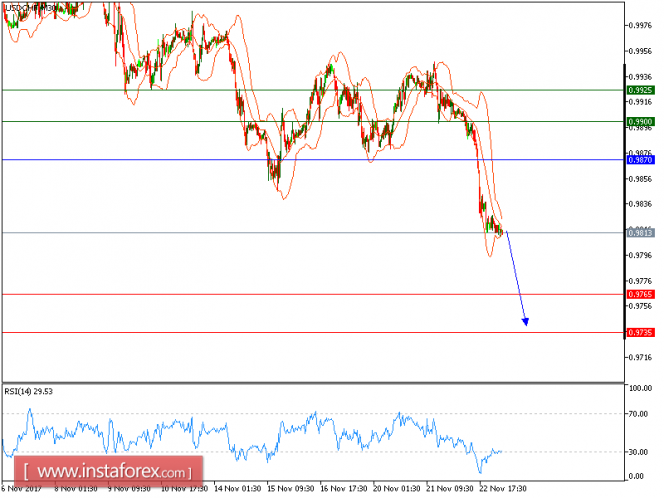 USD/CHF is under pressure and expected to trade with bearish outlook as key resistance is at 0.9870. Despite the recent rebound from 0.9800, the pair is still trading below its declining 20-period and 50-period moving averages. The relative strength index is below its neutrality level at 50. Even though a continuation of the technical rebound cannot be ruled out, its extent should be limited.

Minutes of the U.S. Federal Reserve’s latest monetary policy meeting indicated that the central bank would likely raise short-term rates in the near term considering a strengthening economy. However, the minutes also showed that some Fed officials believe weak inflation may persist longer than expected.

Chart Explanation: The black line shows the pivot point. The present price above the pivot point indicates a bullish position, and the price below the pivot points indicates a short position. The red lines show the support levels and the green line indicates the resistance levels. These levels can be used to enter and exit trades.