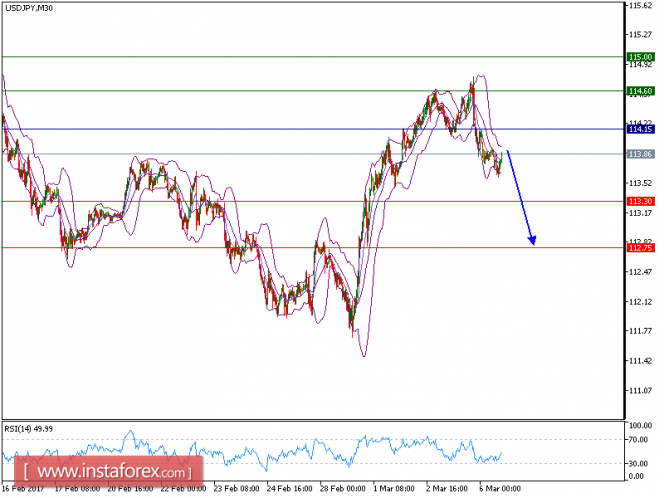 USD/JPY is expected to trade with bearish bias as the key resistance at 114.15. The pair broke below its 20-period and 50-period moving averages, which play resistance roles. In addition, the 20-period moving average is turning down, and is about to cross below the 50-period one in sight. The relative strength index is heading downward. Even though a continuation of the technical rebound cannot be ruled out, its extent should be limited.