Last week was all about Greece in Europe and NonFarm Payroll in the US.

Greece ensured continued Euro weakness and NonFarm continued $ strength. The Euro closed at its lows for the second week in a row and the $ Index closed at a multi year high again.
There is less economic data next week but plenty of Central Bank and monetary official activity in Europe which will continue to be focused on Greek tragedy.
► USD: Data for the USD is in the latter end of the week starting on Thursday when we have Core Retail sales which excludes automobiles expected at 0.6%, Retail sales which includes automobiles thought to be 0.5% and the usual Unemployment Claims number estimated to show that a further 317,000 joined the ranks of claimants.
On Friday we have PPI at 0.2% and the Preliminary Consumer Sentiment index expected at 95.6.
► EURO: Eurogroup Meetings kicks off the week on Monday. These are attended by the EurogroupPresident, Finance Ministers from euro area member states, the Commissioner for economic and monetary affairs, and the President of the ECB. Discussions will naturally be Greek centric.
On Wednesday Draghi, head of the ECB speaks.
► GBP: BOE Governor speaks on both Tuesday when he testifies before the Lords Economic Affairs Committee and on Thursday when he speaks at the Advanced Manufacturing Research Centre in Sheffield.
On Wednesday we have Manufacturing Production data expected to show a small rise of 0.2%.
► YEN: On Sunday we have the Current Account figure which is expected to come in at 1.16Tr and the GDP number which is expected to show a miniscule rise of 0.5%.
On Tuesday we have Core Machinery Orders expected to show a decline of 3.9% and the Manufacturing Index data expected at 5.7.
► AUD: AUD starts on Monday with NAB Business Confidence.
This is followed on Wednesday with Employment Change anticipated at 15,300 and the Unemployment rate at 6.4%.
► CNY: CPI on Monday thought to show a rise of 1% is followed by the Industrial Production number on Wednesday anticipated to show a rise of 7.7%.
OUR VIEW: Unrelenting $ strength continues and is expected by market participants to continue. Remember however that the unexpected always occurs when it is least expected.
The table below shows large hedge fund exposure to a number of different asset classes. Skewed markets always revert back to the mean. Very skewed markets do so violently.
NonFarm Payroll data has on a number of occasions signalled both the top and the bottom before mean reversion.
$ strength may not be with us for very much longer. 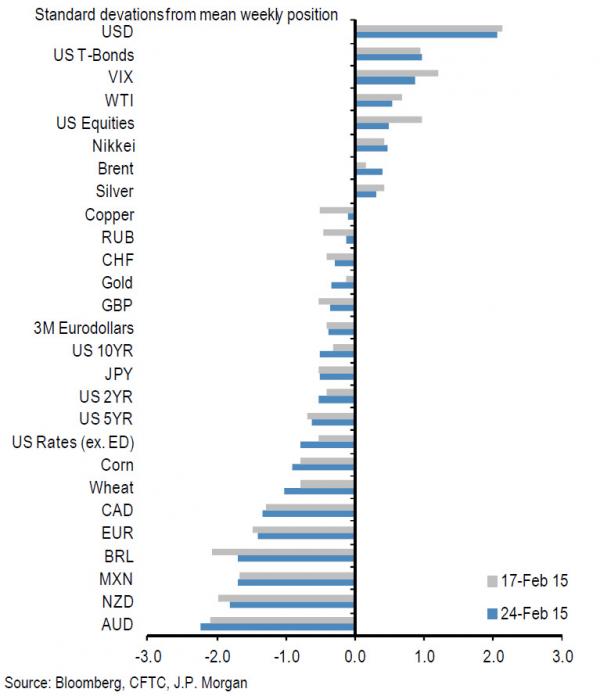 The euro is under pressure, the dollar keeps strengthening 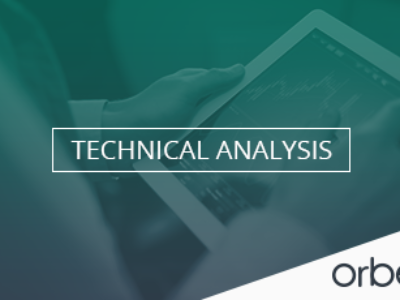 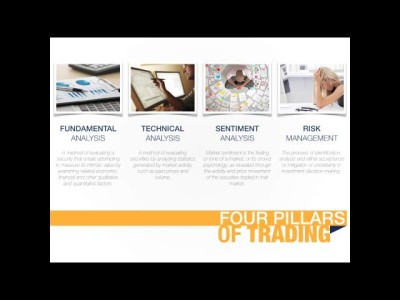 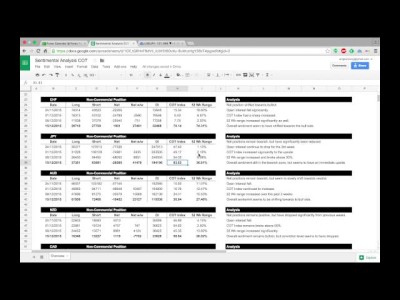 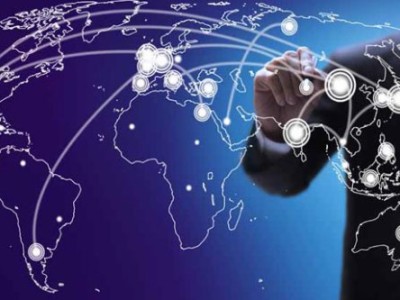