USDJPY retreats ahead of BOJ meeting 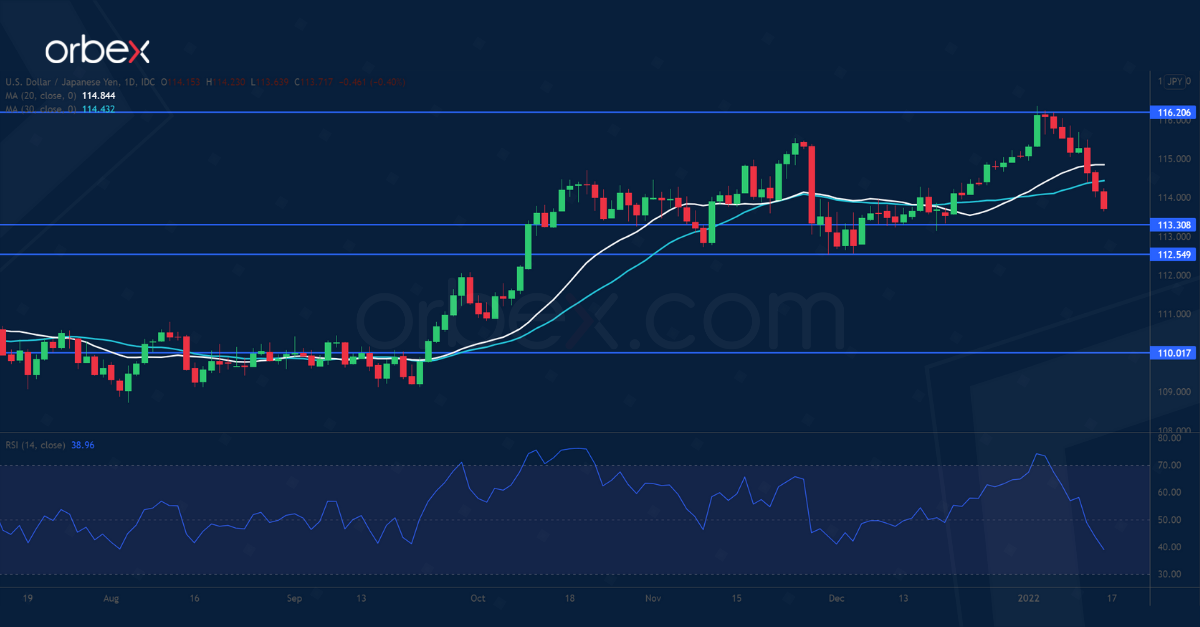 The US dollar slips from profit-taking ahead of the Bank of Japan interest rate meeting.

While the US struggles with rampant inflation, weak household spending and wage growth in Japan keep prices muted. A number of firms have yet to pass on rising costs to consumers. As inflation is stuck below the 2% target, the central bank is likely to keep monetary policy ultra-loose.

The divergence may work in the BOJ’s favor as a weak yen is a competitive advantage in exports. Meanwhile, the higher cost of imports so far has had no significant impact on price pressure. The pair is testing 113.30 with 116.20 as a fresh resistance. 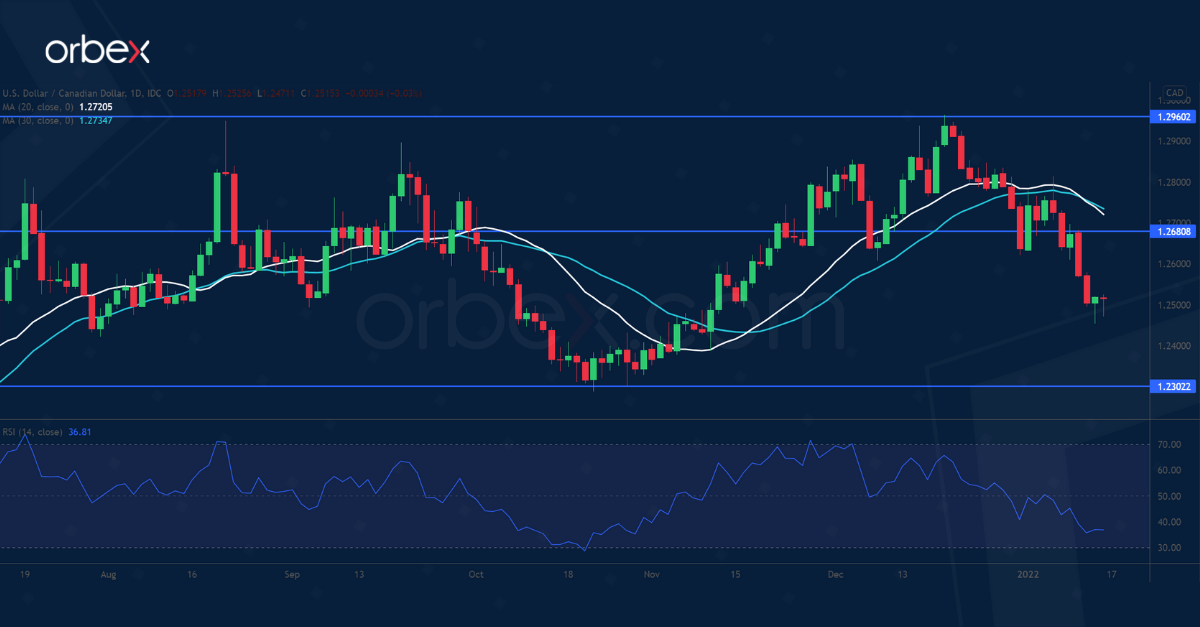 The Canadian dollar surges as renewed risk appetite boosts demand for commodities. Price pressure in the US was largely anticipated following policymakers’ talks about faster tightening.

Now that data confirms what markets have been pricing for the past few months, there are fewer catalysts to support an overcrowded long USD trade. When markets go risk-on, commodity-linked currencies are usually the main beneficiaries.

As traders look past the hit from the omicron variant, the loonie could ride along the oil rally. The greenback is falling towards October’s lows near 1.2300. 1.2680 is the closest resistance. 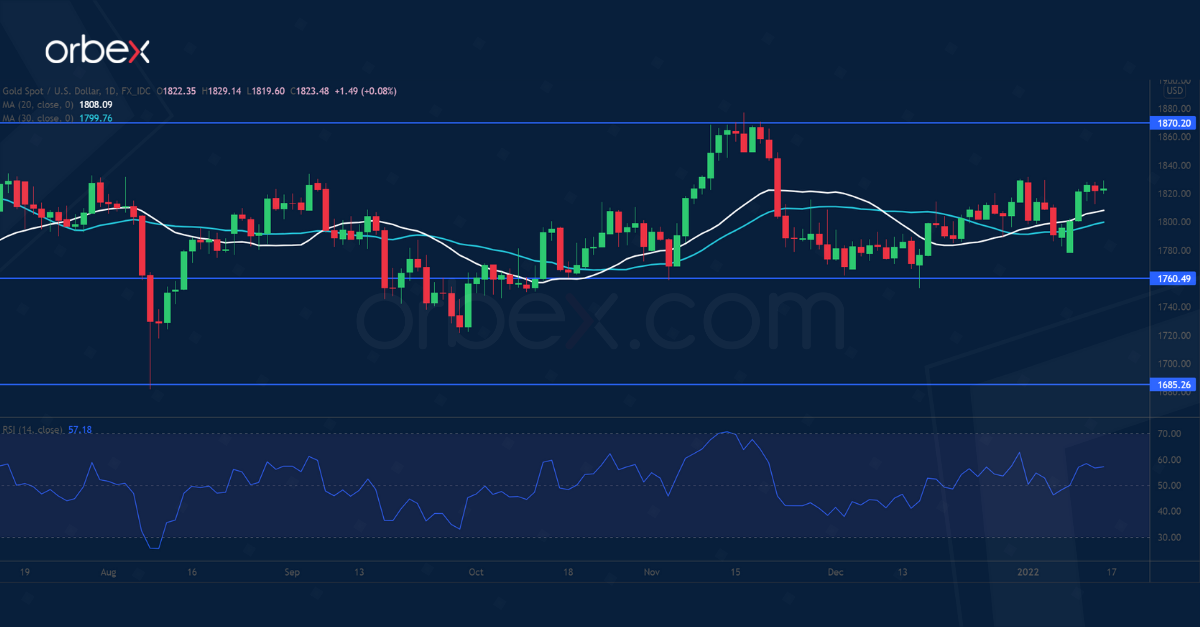 Gold inches higher as the US dollar softens across the board. In a typical ‘buy the rumor, sell the news’ fashion, the US dollar tumbled after inflation reached its highest level in nearly 40 years.

The data came in after Fed Chairman Jerome Powell poured cold water on the dollar bulls, saying that it may take months before deciding to trim the central bank’s massive balance sheet.

Volatility is a sign of reassessment as the market may have got a bit ahead of itself. As a result, falling Treasury yields and the greenback could give bullions wings in the short term.

US 30 bounces as investors stick with value 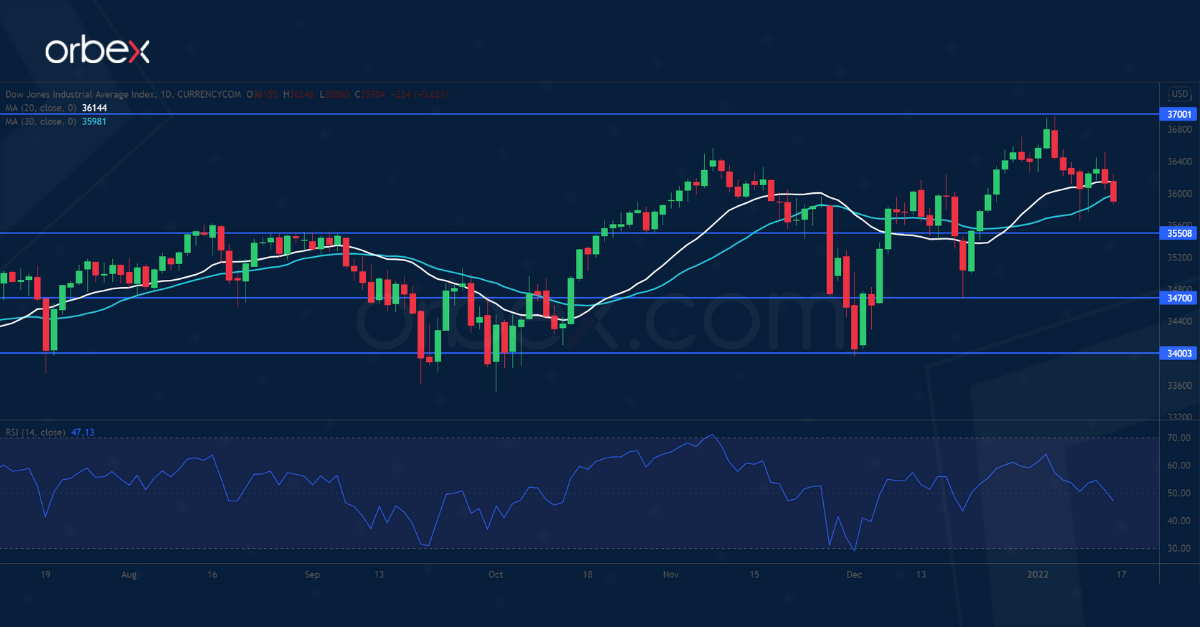 The Dow Jones consolidates gains as investors switch to banking stocks. Hawkish statements from Fed officials have cemented expectations that US interest rates may start to rise in March.

The question on everyone’s mind is not when but how fast the Fed will unwind its QE. The word on Wall Street is that there could be four rate hikes this year.

As investors raise their exposure to financial stocks ahead of Q4 earnings reports, the Dow’s main value constituents could be the backbone of its uptrend. 35500 near the latest breakout is a support. A bounce above 37000 would extend the rally to a new all-time high.