Investors will be looking ahead to some key data and events this week.

The FOMC meeting Tuesday and ending Wednesday will not be a major market event. No economic forecasts, dot plots, press conference and certainly no rate hike. The Fed’s statement may acknowledge market volatility but is unlikely to make a big deal lest it rattle investors further, and it probably won’t offer clues for the March meeting. Judging by recent comments, the statement may show some concerns about tumbling commodities complicating efforts to reach the 2% inflation target. Any concerns about soft inflation will be seen as dovish and hurt USD. If the Fed emphasizes that March will be a “live” meeting, the market will take it as hawkish and buy USD.

In contrast to the FOMC, the BOJ’s 2-day meeting ending Friday will be eyed closely, especially given recent press on debate within the BOJ to ease more. Even if the BOJ does nothing at this meeting, expectations for fresh action into March will likely remain alive.

RBNZ’s decision on policy early Thursday should not see any change to its OCR despite expectations in some quarters of a reversal and ease. NZ’s low flation has most economists predicting a tweak to forward guidance indicating rates will stay on hold indefinitely. With RBNZ Governor Wheeler speaking February 3, this week’s statement may not be overly informative.

Focus turns to final Yellen appearance ahead of FOMC 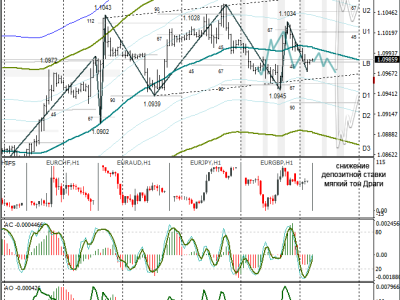 Investors turn focus to FOMC minutes and US inflation this week

FOMC in focus as well as US GDP