As soon as the results of the meeting of the Federal Committee on Open Market Operations were announced, countless speculators immediately began to open the champagne. After all, they had something to celebrate since the Federal Reserve System could not stand the pressure exerted on it and agreed to these wonderful and deeply self-respected people, lowering the refinancing rate from 2.25% to 2.00%. Even Donald Trump praised Jerome Powell for the right decision made for the good of the United States of America. But before they had time to pour everything into glasses, they had to urgently pour champagne back and cork the bottles. The cause of universal sadness lies in the words of Jerome Powell as he made it clear during his press conference that the decision was not made under the influence of cries of an impending recession, as well as screaming about the difficulties in the markets, which could spread to the real sector of the economy, the reason for the next easing of monetary policy was exclusively external factors. Of course, Jerome Powell did not indicate exactly what external factors are meant, but it is clear that we are talking about a trade conflict with China and further easing the monetary policy of the European Central Bank. In addition, Jerome Powell added that there are simply no internal reasons for lowering the refinancing rate. No recession is expected as indicated by macroeconomic statistics. In other words, everyone was asked to calm down and stop fanning the tantrum about the recession, which, however, has already been shifted from 2020 to 2021. Simply put, speculators will now have to invent a new reason for putting pressure on the Federal Reserve, which is why it is not surprising to the market. In fact, everything fell into place because no one understands what they are now grabbing at.

Today, all attention will be focused on the UK, where the meeting of the Board of the Bank of England will take place, which again must keep all the parameters of its monetary policy unchanged. It is clear that until this issue with Brexit is completed, the Bank of England will continue to pose like an ostrich. Of course, against the background of the actions of the European Central Bank, as well as the Federal Reserve System, the behavior of the Bank of England looks like a vivid example of stability; True, bordering on cowardice. At first glance, it may seem that, after the US lowered its refinancing rate and Europe’s deposit rate, keeping the Bank of England’s refinancing rate should have a beneficial effect on the pound. But Mark Carney is taking a wait-and-see stance, ignoring not only the political circus, but also macroeconomic statistics, which, frankly, are unhappy. Today, retail data will be published, which should show a slowdown in growth from 3.3% to 2.9%. This is against the backdrop of a slowdown in inflation. So, investors may simply ignore the BoE’s board meeting as it is already clear what to expect.

Nevertheless, American statistics play a much larger role and it can render a disservice to the dollar today. So, the total number of applications for unemployment benefits should increase by 12 thousand. In particular, the number of initial applications for unemployment benefits may grow by 5 thousand, and repeated applications by another 7 thousand. In addition, home sales in the secondary market should be reduced by 0.8%. Thus, come late in the evening, the dollar will be under pressure.

The euro/dollar currency pair showed a high amplitude of fluctuations over the past days, but as a result, nothing has changed. The quotation continued to fluctuate in a given range of 1.1000/1.1080. It is likely to assume that the fluctuation in the indicated frames will continue with temporary accumulation within the upper limit. 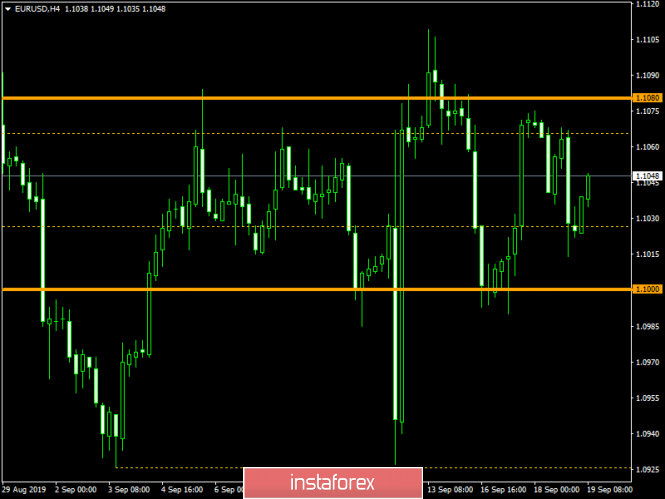 The GBP/USD currency pair passed into the accumulation stage with the boundaries of 1.2440/1.2500 after finding the resistance point at the level of 1.2500. It will likely preserve the current amplitude fluctuation with the analysis of price fixation points relative to existing boundaries. 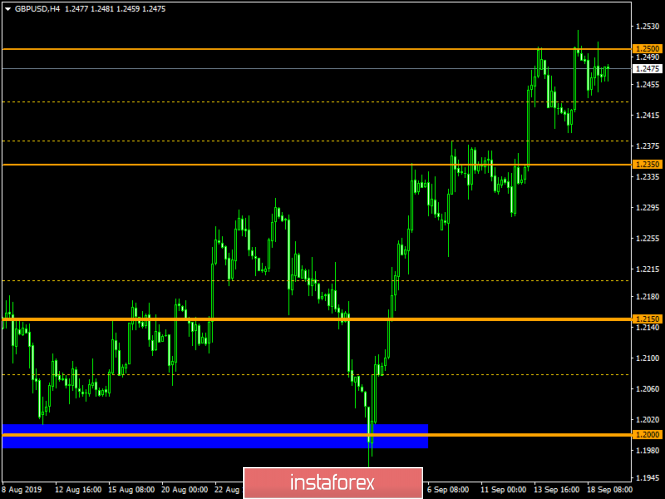