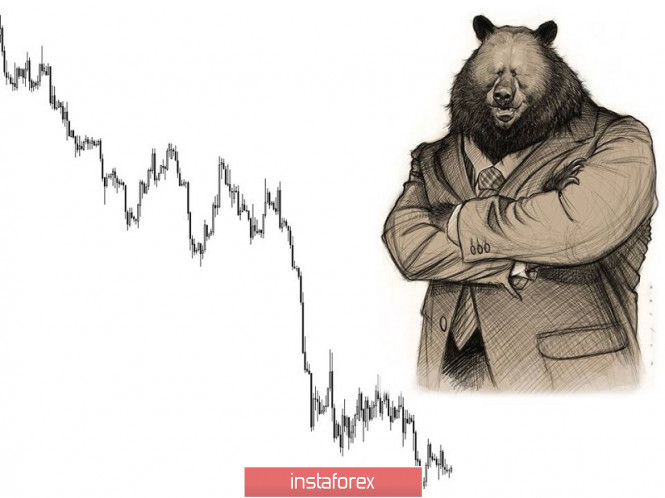 Over the past trading day, the pound / dollar currency pair showed a low volatility of 55 points, resulting in a small amplitude in the rollback phase. From the point of view of technical analysis, we see that the quote has formed a pullback from the psychological level of 1.2000 towards the lower boundary of 1.2100 / 1.2200 of the previously completed cluster. The slowdown, which has already occurred in the form of an after-fact, was reflected in the periodic ceiling of 1.2100, which in this case, plays the role of resistance in the market.

As discussed in the previous review, traders took profits from short positions at the time of the decline to the psychological level of 1.2000, after which they switched on the “wait” mode, which was justified by the risk of a rollback correction. Considering the trading chart in general terms (daily timeframe), we see the “Impulse” clock basis with a stop within the level of 1.2000. The global downward trend remains unchanged, where the quote, in principle, still has a place to fall, but the fact that the Impulse phase has dragged on for so long scares the market participants. However, there are no signs of recovery of the pound.

The news background of the past day had a considerable package of statistics. Let’s start with the UK, where labor market statistics were published. The UK unemployment rate accelerated from 3.8% to 3.9%, the first increase in three reporting periods since the beginning of the year. On the other hand, the number of applications for unemployment benefits decreased from 31.4K to 28.0K, and the average level of wages, taking into account and excluding premiums, grew to 3.7% and 3.9% inclusive. As the pound reacted to the statistics package, short-term growth should be expected. In the afternoon, the key indicator for the market came out. The inflation rate in the United States, and so, we have here an acceleration from 1.6% to 1.8%, which, of course, pleased speculators. As a result, sellers returned to the market. The information background, in turn, continued to procrastinate the UK & EU divorce proceedings, where this time, the “empty” pill of hope was thrown by the US national security adviser, John Bolton, who is on an official visit to London. The administration officials said that John Bolton and UK Treasury Secretary Sajid Javid are discussing the possibility of concluding a temporary deal for 6 months between Washington and London, which would affect the entire economy. Only it is necessary considering such a moment that this agreement will come into force after Brexit, the next day. Now, we recall the earlier statements of Washington under Theresa May, where they stated that the agreement already allegedly exists, and as soon as Brexit occurs, it will immediately enter into force, and now we are talking about a temporary period of 6 months, where during this time, the parties will agree on a full-fledged free trade agreement. What to say, such steps give us to think about many things. In particular, the further decline of the British currency.

Today, in terms of the economic calendar, we have data on the level of inflation in the United Kingdom, where, according to preliminary forecasts, a slowdown is expected from 2.0% to 1.9%. There is silence in the United States today. Thus, we are engaged in analyzing the information background.

Analyzing the current trading chart, we see that after the recovery process, the quotation stopped within 1.2040 / 1.2065 (H1 timeframe), which signals a certain willingness in terms of movement. The very psychological level of 1.2000 both stood and stands, that one can judge the delay in the process of stagnation and chatter within 1.2000 / 1.2100. Traders, in turn, do not make sudden movements and do not try to speculate on minor fluctuations. A wait position is the most optimal strategy in the current time span.

It is likely to assume that the amplitude fluctuation within 1.2000 / 1.2100 will still remain for some time, which will make it possible to prepare for the main course of the market. Regarding current thoughts, the situation is as follows: if the accumulation process is delayed, I do not exclude a return to the recent accumulation of 1.2100 / 1.2200, which, in principle, will not be something critical and will not change the general mood of the market. The main idea and the goal is to clearly fix the price below the psychological level of 1.2000, which will make it possible to further reduce.

Summarization of the available information in the trading recommendations:

– We consider selling positions in terms of the continuation of a downward trend, where a clear price fixing is necessary below the psychological level of 1.2000, with an inertial move to 1.1980-1.1950, after we consider entering the direction 1.1850-1.1700. 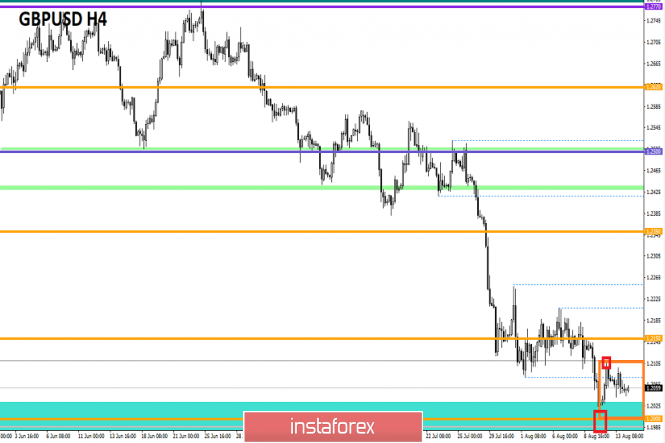 Analyzing a different sector of timeframes (TF), we see that the indicators in the short term signal an upward interest, but it looks like it is to pull the indicator by the ears. Meanwhile, the intraday and medium-term outlook remains downward against the general market background. 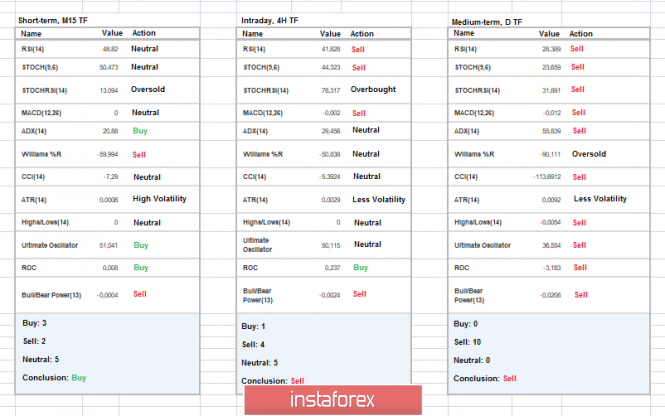 The volatility of the current time is 21 points, which is a low value for this time section. It is likely to assume that a waiting position is taking place at this time, possibly due to the proximity of the positioning news background. The volatility of the day will obviously increase, but whether it can overcome the daily average, everything will depend on what position the market will take: expectant or breakdown of the level. 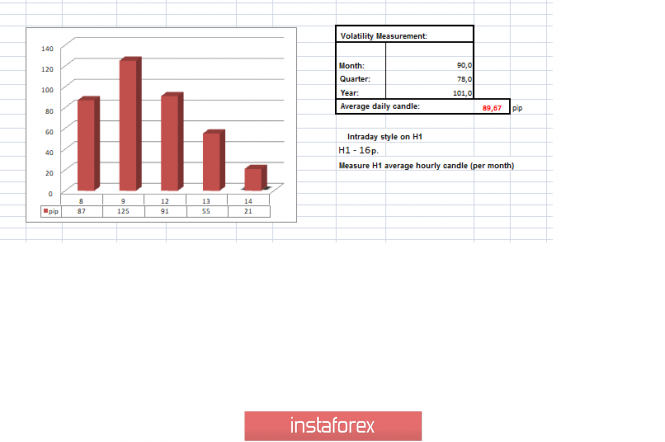 EUR/USD: Rising American inflation, Trump’s “kindness” and the phlegm of the dollar