For the last trading day, the currency pair Pound / Dollar showed close to the average daily 100 points. As a result, it continued to form a corrective movement. From the point of view of technical analysis, we have a corrective movement after testing the range level of 1.3300, where the quotation on its way has already overcome a series of values of 1.3200 (periodic level) and the Fibo series 38.2 (long term) 38.2 (short term). Information and news background had statistics on business activity in the services sector in Britain, where they initially predicted a decline from 50.1 to 49.9, but as a result, it received 51.3. This news, even though positive for the English currency, we still saw stagnation on the trading chart. In the afternoon, we published data on sales of new housing in the United States, which is more interesting. Initially, forecast was a decline from 658K to 600K, but as a result, the previous figure was revised and received an increase from 599K to 621K. Naturally, in this news, we saw an increase on the trading schedule, although the ambiguity regarding the news background remains and other many questions remain. Returning to the information background, we see all sorts of sensation about Brexit again. This time, the Scottish Parliament and the Welsh National Assembly voted against the Brexit agreement between the government of the United Kingdom and Brussels. This is the first time they took a similar step at the same time. The voting was held on Tuesday, March 5th.

Today, in terms of the economic calendar, we have data on the States regarding the change in the number of employment in the non-agricultural sector from ADP in February, where they expect a decline from 213K to 189K.

Analyzing the current trading chart, we see how after declining to 1.3097, the quotation felt in front of itself a periodic pivot point, resulting in a rollback to the recently passed level of 1.3130 in connection with Fibo 38.2-short term. Possible bullish positions are already being actively discussed by traders, but, as we see in practice, bears are keeping the market and this is not going anywhere. Referring to the expected statistics for the US today, we can assume that there is a basis for a possible rebound, but at the same time, in the case of stable short positions, we can see just a stagnation of 1,3100 / 1.3180. Hence, the judgment is as follows: if we consider trading positions today, it is better to analyze beyond the limits of 1.3180 (Buy); 1.3095 (Sell). Operating within a range can be risky.

Analyzing a different sector of timeframes (TF), we see that the indicators have chosen a certain neutral interest, possibly due to a stop within 1.3130 in the short term. On the other hand, intraday perspective maintains a downward interest on the background of the correction. Surprisingly, the medium-term outlook is on an upward mood, but it is already approaching a neutral one.

The current time volatility is 51 points. In case of stagnation in the range of 1.30100 / 1.3180, the volatility will remain low, but in the case of the breakdown of the boundaries, we can see something interesting.

Technical analysis for EUR/USD for March 6, 2019 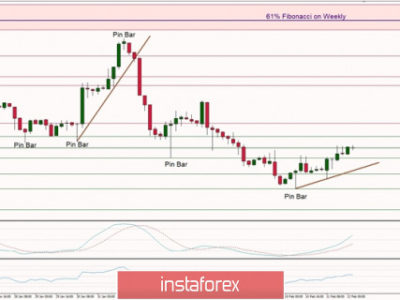 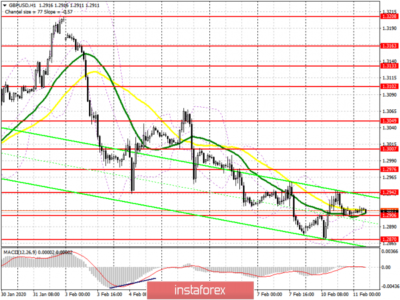