Treasuries moved sharply higher over the course of the trading session on Friday as traders flocked to the safe haven asset amid concerns about rising geopolitical tensions.

Bond prices gapped open higher and saw further upside as the day progressed. Subsequently, the yield on the benchmark ten-year note, which moves opposite of its price, tumbled by 9.4 basis points to 1.788 percent.

With the steep drop on the day, the ten-year yield extended the decline seen on Thursday to end the session at its lowest closing level in a month.

The rally by treasuries came in reaction to news that a U.S. airstrike in Iraq killed Iranian military leader Qassem Soleimani.

The U.S. Department of Defense said in a statement that it had killed the head of the Islamic Revolutionary Guard’s elite Quds Forces in an airstrike on the Baghdad International Airport in Iraq.

The Pentagon claims Soleimani was behind the recent attacks on the U.S. embassy in Baghdad and said the “strike was aimed at deterring future Iranian attack plans.”

Adding to the appeal of treasuries, the Institute for Supply Management released a report showing U.S. manufacturing activity unexpectedly contracted at a faster rate in the month of December.

The ISM said its purchasing managers index slid to 47.2 in December from 48.1 in November, with a reading below 50 indicating a contraction in manufacturing activity.

The modest decrease came as a surprise to economists, who had expected the manufacturing index to inch up to 49.0.

With the unexpected drop, the index pointed to the fastest rate of contraction in manufacturing activity since June of 2009.

Developments on the geopolitical front may continue to impact trading next week, although traders are also likely to keep a close eye on the Labor Department’s monthly jobs report.

Reports on the U.S. trade deficit, service sector activity, and factory orders may also attract some attention next week.

Bond traders are also likely to keep an eye on the results of the Treasury Department’s auctions of three-year and ten-year notes and thirty-year bonds. 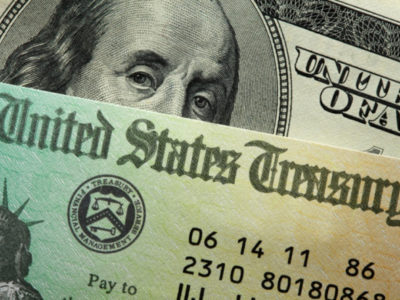