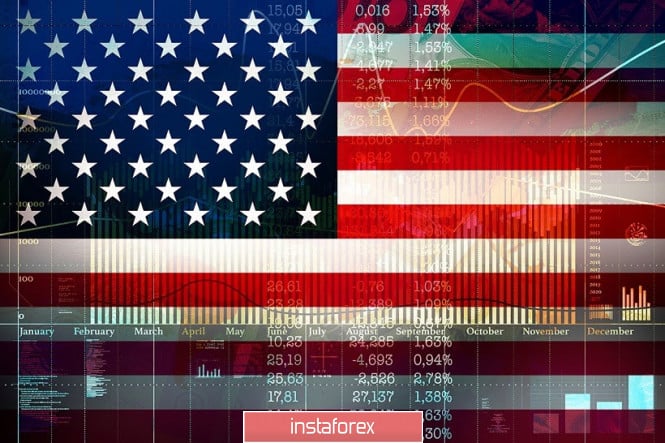 The dollar index at the start of trading could not continue Friday’s upward movement: the indicator went to the borders of the 96th figure during the Asian session on Monday, reflecting the skepticism of the market towards greenbacks. However, the downward impulse was limited. To all fault – a contradictory fundamental background.

Let me remind you that at the end of last week, the US currency significantly strengthened its position due to two main factors: firstly, traders were worried about the risk of a second wave of coronavirus epidemic in the United States (and, accordingly, repeated lockdown), and secondly, the market responded to comments from the US Treasury Secretary, who said that an additional stimulus package was needed. To date, these factors have somewhat weakened. On the one hand, the incidence of Covid-19 remains at a high level – for example, more than 25,000 new cases were recorded in the United States on Saturday. This is the highest rate for Saturday, starting on May 2. But on the other hand, the growth is due to the expansion of testing over the past six weeks. However, the lowest mortality per day since April was registered on Sunday: 382 people died from coronavirus in the last 24 hours in the United States, while recently around 800 deaths from COVID-19 were recorded daily in the country. The daily increase in morbidity slowed to 21,000.

It should also be noted that outbreaks of the disease are local in nature: record incidence rates and hospitalizations due to coronavirus are reported in some US states, including Florida and Texas and Alabama. The situation is more or less even in most states of the country. The overall increase in the incidence rate is not out of the general track of previous statistics. In other words, quarantine can be tightened (or delayed with further weakening) only in some regions of the country, while the question of returning to a common lockdown is not on the agenda. The latest statistics confirm the words of US Vice President Mike Pence, who said that over the two weeks of protests, the increase in the number of diseases “is not observed.”

But on Friday, the market followed the expression “fear has big eyes.” Traders clearly succumbed to panic moods and thereby provoked the domino effect. The stock market went down, and the dollar began to gain momentum, reflecting the general sentiment in the foreign exchange market. According to the results of the weekend, we can conclude that there was no sharp jump in the incidence rate (nationwide). This fact did not allow dollar bulls to continue the rally – at least during the Asian session on Monday they behaved quite modestly.

But this does not mean that the dollar will show a downward trend throughout the day. Most likely, dollar bulls will switch to a different topic, which also supports the greenback’s position. This is the new package of financial assistance from the US authorities. At the end of last week, Stephen Mnuchin announced that the White House was seriously considering the issue of additional direct payments to people “as part of the bill on the next phase of anti-crisis assistance in connection with coronavirus.” According to him, assistance should also be given to industries that are trying to resume work, including the hotel business and tourism. Later, in an interview with one of the television channels, he announced that he was ready to personally go to Congress for additional funds to protect jobs and employees. In addition, the head of the US Treasury noted that the United States could not afford to close the economy again because of the coronavirus.

Mnuchin’s words allowed dollar bulls to regain their positions lost after the June Federal Reserve meeting. This fundamental factor will provide background support for the US currency this week, especially if traders see signs of consistency between Republicans and Democrats. Here the intrigue persists, given that not so long ago, representatives of the Democratic Party initiated the adoption of their package of financial assistance. They were able to drag him into the House of Representatives, but at the same time became the object of criticism from the White House and Republicans. Donald Trump made it clear that the bill will not pass the millstone of the Senate and in any case will not be signed by him. Against the backdrop of such events, it is unlikely that the White House legislative initiative will be welcomed by the Democrats. It is also necessary to remember that less than six months are left before the US presidential election, therefore all legislative initiatives are now being considered through the prism of the election race.

Thus, the fundamental background for the dollar is controversial. The theme of coronavirus in the United States has so far fallen into the background, as no extraordinary events have occurred over the weekend. But the topic of additional financial assistance from the US authorities has not lost its relevance. True, this topic needs constant “nourishment”: for example, if today the White House does not announce the “road map” of the bill mentioned above, traders will switch to other fundamental factors.

Speaking directly about the EUR/USD pair, growth prospects still remain here – even despite a significant downward pullback. But long positions should be considered only after the pair returns to the 13th figure. In this case, the price will overcome the Tenkan-sen line on the daily chart (1.1290), and the Ichimoku indicator will form a bullish Parade of Lines signal again. In this case, the next growth target in the medium term will be the mark of 1.1450 (this is the main resistance level, which corresponds to the upper line of the Bollinger Bands indicator on the same timeframe).