Spot silver (XAG/USD) closed strong last week (17.93), near the high of the week (18.00), as it continues to push up against the top trend line of a relatively well constructed ascending channel. It has been in a rising trend channel for the past seven weeks, ever since hitting a bottom at 15.64 in December. As of last week’s high, silver was up 15.1% off that December low. 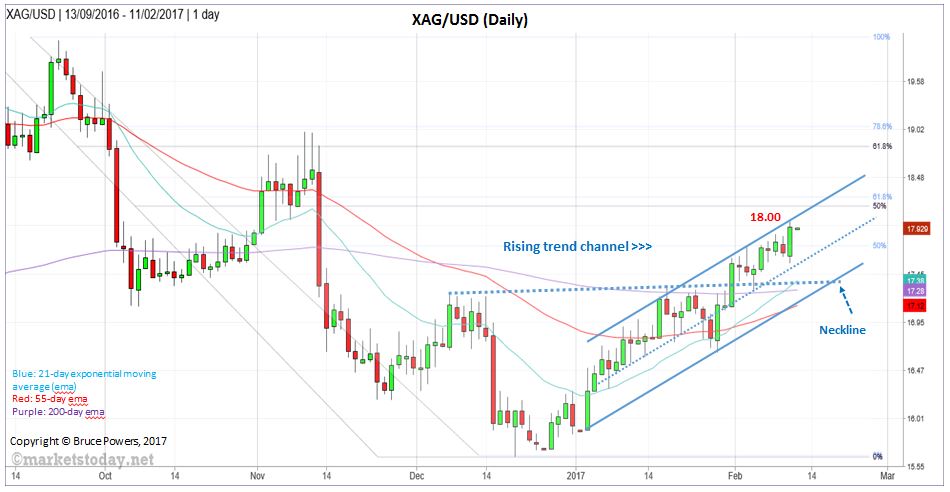 Therefore, it’s another sign that the prior long-term downtrend is

turning into an uptrend and that it could keep advancing for some time.

That bottom completed a higher swing low relative to the seven-year low of 13.65 reached in December 2015 (see Weekly chart below). Therefore, it’s another sign that the prior long-term downtrend is turning into an uptrend and that it could keep advancing for some time. Regardless, it does support an argument for a continuation of the seven-week rally. 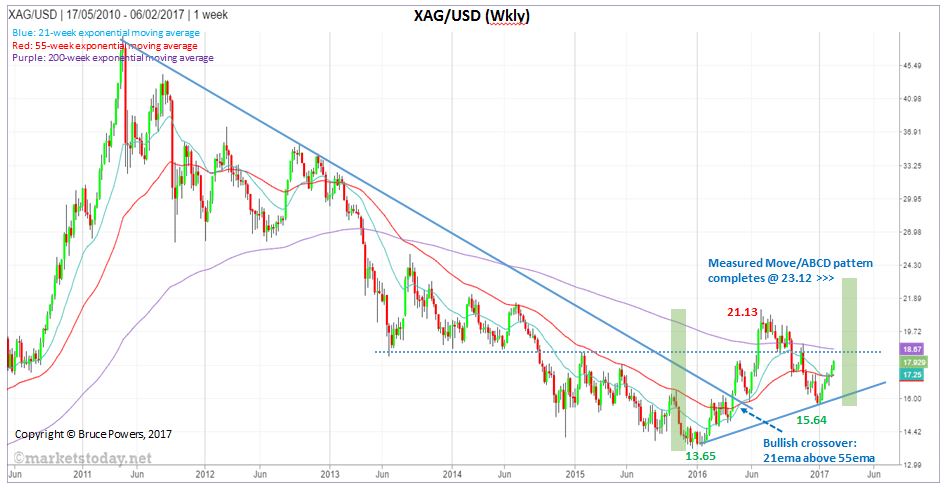 Other bullish indications for the seven-week uptrend . . .

Other bullish indications for the seven-week uptrend include the following:

Support has been found at the center line of the channel for much of the uptrend and that continues to be the case. Once that line is broken the support should be seen at the lower uptrend line. Of course the price represented by the line will vary depending on when it is reached. More specific price areas to watch for support include the prior swing high resistance of the previous downtrend at 17.24.

As silver rallied off the December low it hit resistance around that peak and the advance was stalled for nine-days. Resistance was defined as a range from approximately 17.21 to 17.33. On the way down silver should find support around that price range if not higher. Also within that price range is support of the 200-day ema at 17.28. 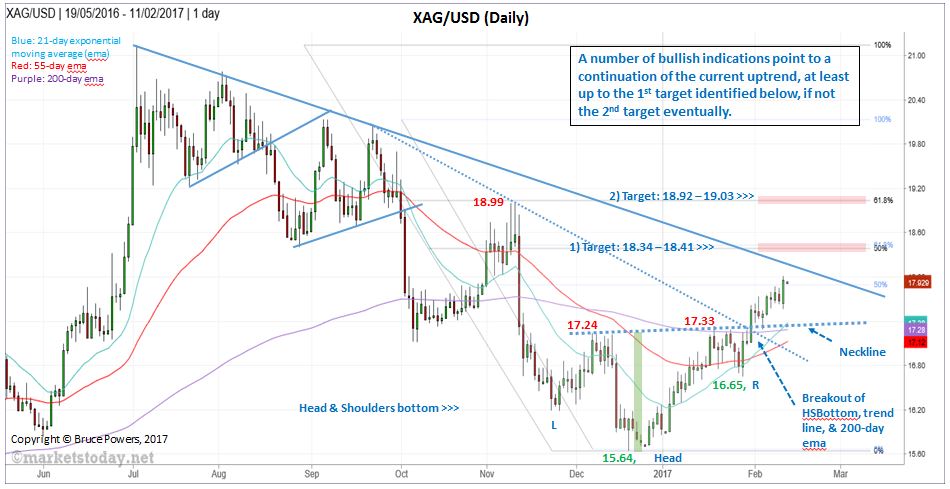 There are a couple high probability target areas

There are a couple high probability target areas noted on the chart above as these price zones are identified in several ways.