USD/JPY. The American drone shot down by the Iranians helped the yen to become a favorite of the foreign exchange market 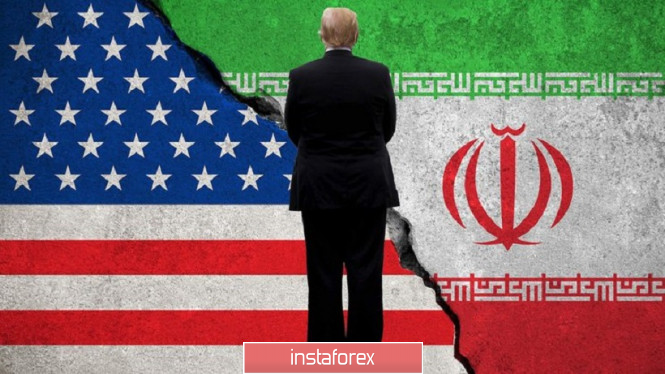 The dollar-yen pair updates the minimum price of the year: During the last time, the price was at the base of the 107th figure in April 2018. The growth of anti-risk sentiment amid the weakness of the US currency allowed the bears USD/JPY to open new price horizons. Relatively good data on the growth of Japanese inflation, as well as, the low profile of the Bank of Japan only strengthened the downward movement. However, first things first.

Increased interest in defensive assets began to emerge after the Iranian authorities announced that they had shot down an American drone that allegedly spied on Iranian airspace. The States did not initially comment on this statement, but then they recognized this fact. However, with one, rather important caveat: according to the American military, the drone was in international airspace, not crossing the borders of the Islamic state.

Trump reacted quite sharply to the incident, after which the market concluded that another round of political conflict could lead to war. In particular, the American president responded evasively to the question of whether Washington was planning a strike on Iran. “Soon, you will find out about this.” Trump said. Against the background of such prospects, the yen paired with the dollar strengthened by more than 150 points. Meanwhile, the franc against the dollar increased by almost 200 points, and gold jumped from 1337 to 1410. In other words, the defensive instruments “snapped up like fresh cakes”, reflecting the general mood of the investors.

The dollar this time was unable to join them, as the Fed’s recent position diminished interest in the US currency. The Fed is preparing to lower interest rates (the likelihood of such a move at the July meeting has already reached 100%), while according to some experts, the regulator will not stop at a one-time step – for example, the possibility of a double rate cut this year is estimated by the market at 80%. Moreover, according to TD Securities currency strategists, the Fed will reduce the total rate to 1.5% if the US and China do not agree on a trade deal. According to their forecasts, the Fed will cut rates by 50 basis points this year, and next year, by 100 basis points. And although such forecasts today look too ambitious, do not forget, that at the beginning of this year, almost no one allowed the option of easing monetary policy, and in December last year, the Fed voiced plans to double the rate increase in the framework of 2019. In other words, the dovish intentions of the Fed and accompanying market rumors do not allow the dollar to be a safe haven against the background of the escalating political conflict in the Middle East.

By the way, Trump unexpectedly decided to reduce the degree of tension in US relations with Iran last night. He expressed doubt that the Iranians had deliberately shot down an American military drone. Trump also said that the incident is a “fly in the ointment” in relations between countries. At the same time, he clarified that if there were people on board of the aircraft, his assessment of the situation would be “radically different.”

For this reason, the yen today has suspended its growth, unfolding from a mark of 107.06. However, the potential for reducing USD/JPY is preserved, since the next support level is located only at around 106.05 (the bottom line of the BB indicator coincides with the lower boundary of the Kumo cloud on the monthly chart). If the pair overcomes this price target, the reaction of the Japanese authorities, which are already concerned about the dynamics of the USD/JPY, of course, will follow. Thus, according to the American press, a joint meeting of the Ministry of Finance, the Financial Services Agency and the Bank of Japan will take place today. The topic of discussion will be the revaluation of the Japanese currency against the background of the escalation of the geopolitical conflict in the Middle East.

It is worth recalling here that following the June meeting, the head of the Japanese Central Bank, Haruhiko Kuroda, announced his readiness to ease monetary policy “in case of such a need”. He clarified that the regulator will resort to additional stimulation, “if he sees any threat” for inflation growth to the two-percent target indicator. Obviously, further strengthening of the yen will put pressure on inflation indicators, which already show a rather weak growth. 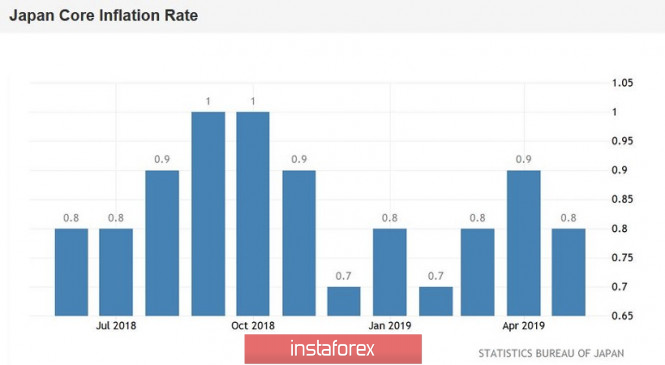 According to the data published today, the consumer price index fell to 0.7% (from the previous value of 0.9%). Without taking into account the prices for fresh food products, this indicator dropped to 0.8% (with the forecast of decline to 0.7%), and without taking into account the prices for food and energy carriers – to 0.5% (the forecasts came true). As we can see, Japanese inflation, in general, is in line with the consensus forecast. But if the yen continues to gain momentum, inflation indicators will slow down their growth, causing the Bank of Japan to respond.

Thus, at the moment, short positions on the USD/JPY pair look risky, at least until the bears overcome the 107.00 mark. But if the situation in the Middle East continues to worsen, even the risk of a response from the Japanese regulator will not deter the yen from further strengthening – at least to the base of the 106th figure.

Source:: USD / JPY. The American drone shot down by the Iranians helped the yen to become a favorite of the foreign exchange market 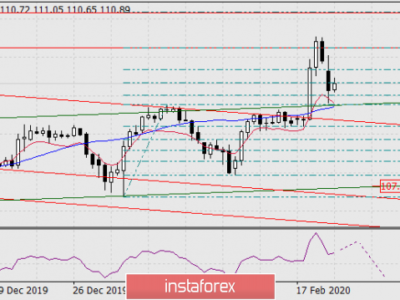 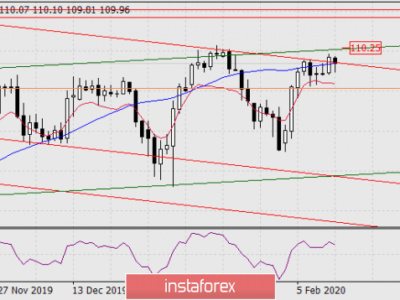 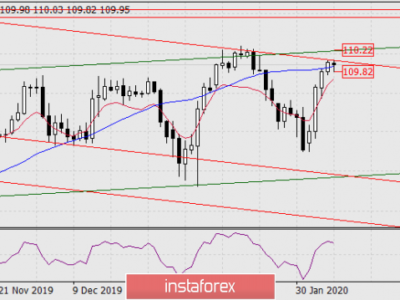 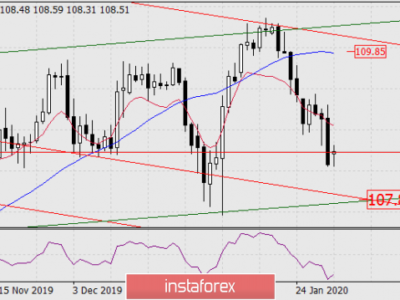