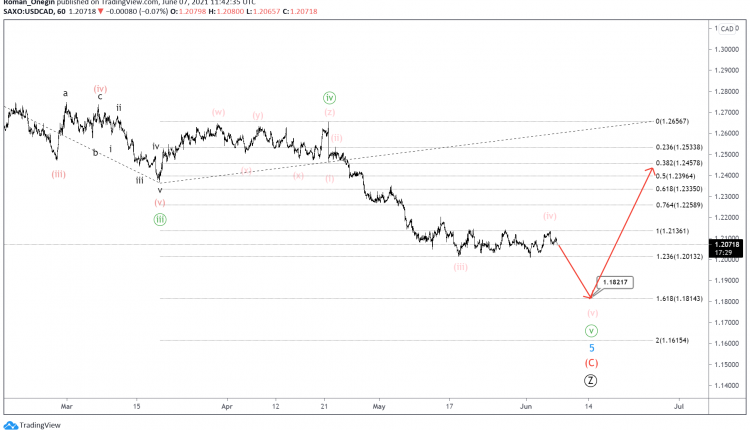 The current USDCAD structure indicates that the market is forming wave Ⓩ.

This wave is a simple zigzag consisting of the bearish impulse (C).  This impulse consists of five sub-waves and contains wave ⓥ.

Wave ⓥ has seen the first four parts end. Wave (iv) looks like a fully formed sideways correction. In this regard, we can assume that the decline in impulsive wave (v) has already begun.

If this hypothesis is correct, then in the near future we expect a decline to the support level of 1.182. At that level, the entire bearish impulse ⓥ will be at 161.8% of the third wave. 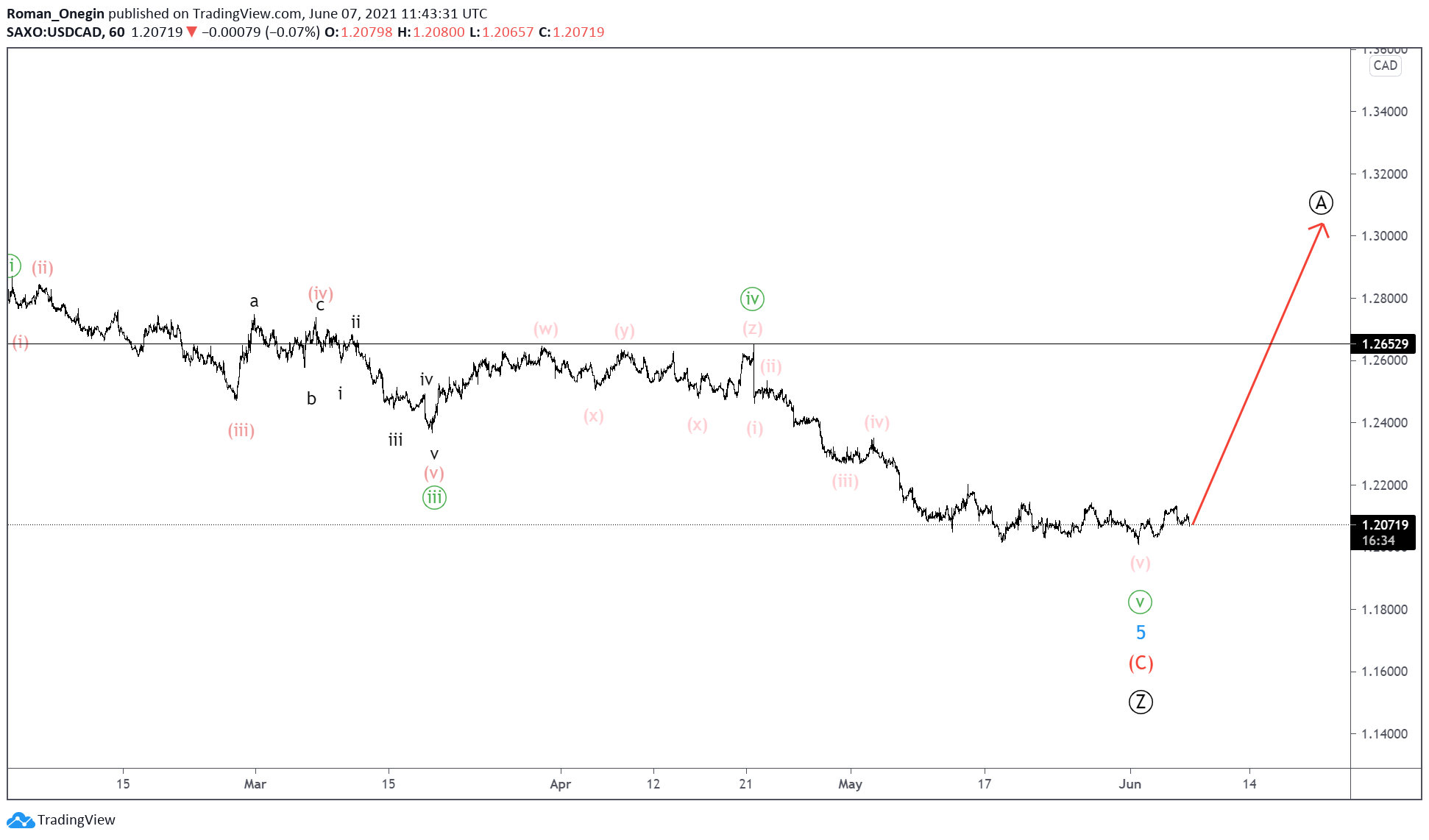 An alternative scenario indicates that the entire bearish trend has already been fully completed. In this case, bears no longer have a chance to push the price down. Therefore, bulls can easily begin to dominate the market and move in an upward direction.

Given that a new upward wave should start with an impulse, it can be assumed that it will start with a bullish impulse Ⓐ. Then, based on the structure of this impulse, we will be able to determine to what level the price can move.

However, the currency pair is likely to rise above 1.265. This will be above the level at which the previous fourth corrective wave ended.

EU Economic Data: Are We Sure There Is A Recovery?