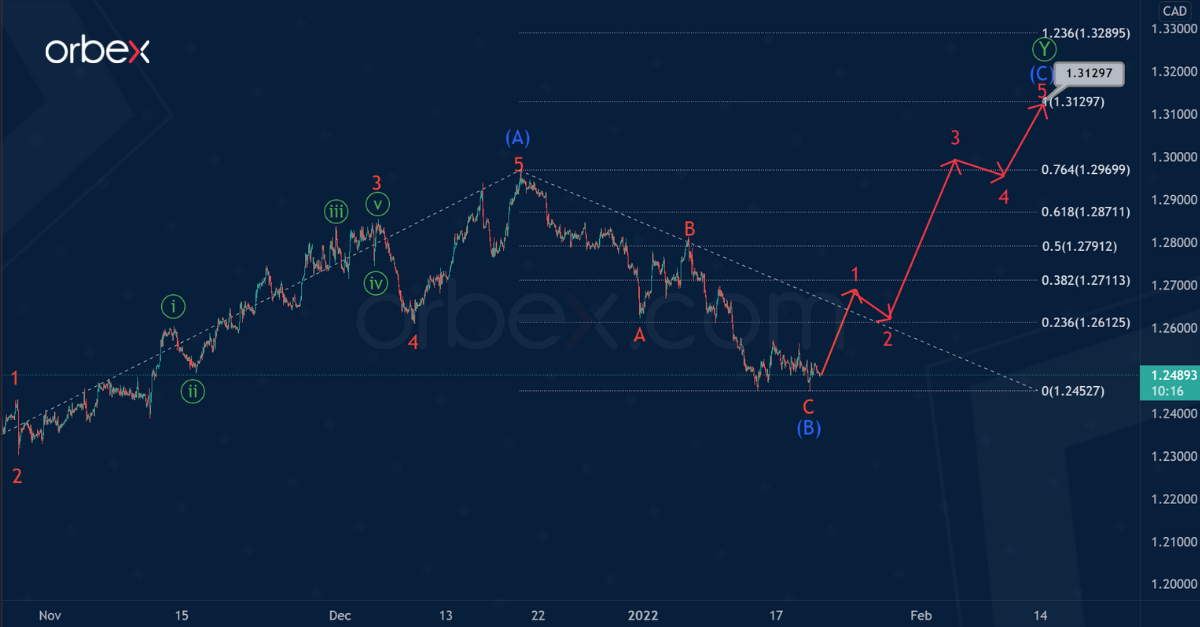 The USDCAD pair sees an upward price movement within the large wave Ⓨ of the primary degree. Judging by the internal structure, wave Ⓨ takes the form of a simple 3-wave zigzag. This is marked by intermediate sub-waves (A)-(B)-(C).

The intermediate wave (A) in the form of an impulse, as well as the bearish correction (B) which is a minor zigzag A-B-C, seem fully complete. 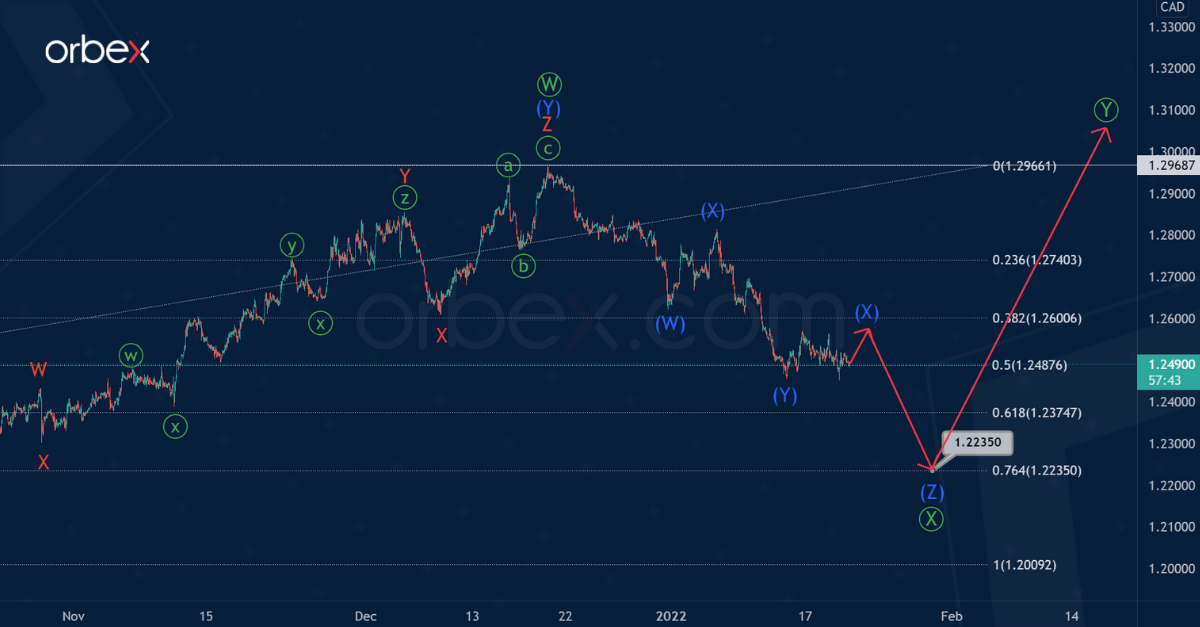 According to an alternative scenario, within the framework of a global double zigzag consisting of primary sub-waves Ⓦ-Ⓧ-Ⓨ, only the middle part is complete. Specifically, that is the primary intervening wave Ⓧ.

It is likely that the intervening wave Ⓧ has a complex triple zigzag formation. This consists of intermediate sub-waves (W)-(X)-(Y)-(X)-(Z).

Once the intermediate intervening wave (X) ends, prices could lower in the final wave (Z) towards the 1.223 area. At that level, primary intervening wave Ⓧ will be at 76.4% of actionary wave Ⓦ.