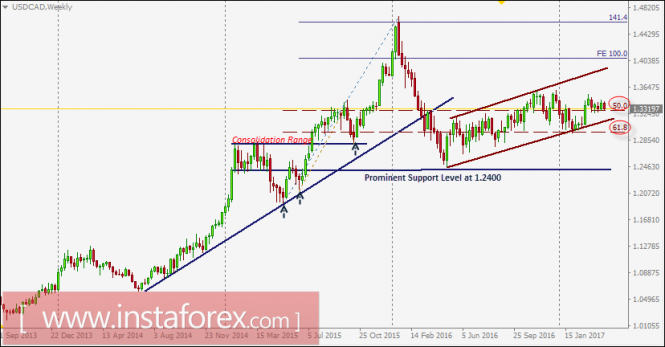 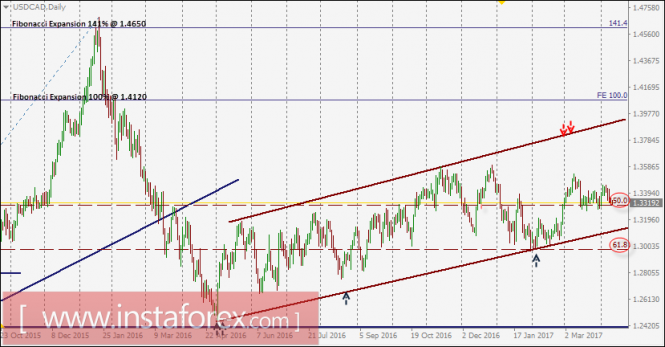 Since April 2016, the USD/CAD pair has been trending upward within the depicted ascending channel.

However, significant bearish rejection was expressed around 1.3580 (recently established top).

During the bearish pullback, the price level of 1.3300 (50% Fibonacci Level) failed to provide enough support to the pair.

This allowed further bearish movement toward the price level of 1.2970 (61.8% Fibonacci level) where a valid BUY entry was offered in February 2017.

The next bullish target would be located around 1.3800 (upper limit of the depicted channel) if the pair maintains upside trading above 1.3300 (50% Fibonacci Level) which stands as a prominent support level.