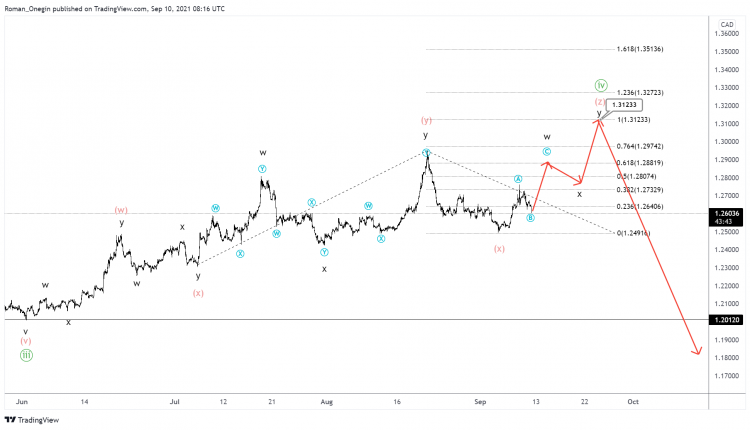 Price action on USDCAD hints at an upcoming bullish 5-wave impulse in correction wave w of a triple zigzag.

With three-thirds of a combination in minute wave four completed, we expect prices to ascend.

Once the minuette wave (z) ends, a correction in x should follow. Thereafter, markets might appreciate in wave (z) towards $1.312. At that level, wave (z) will be equal to wave (y). 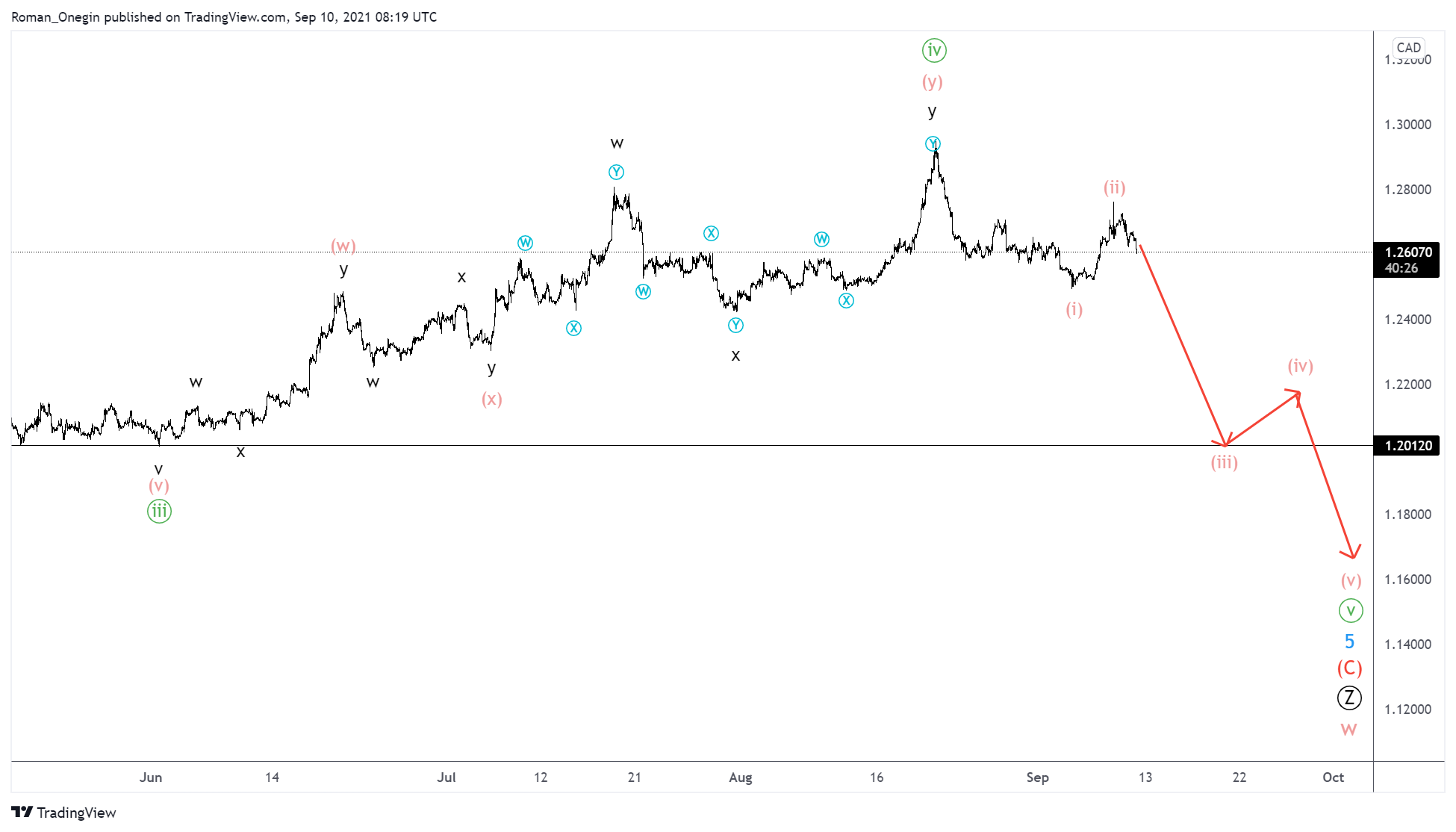 Another perspective suggests that the minute wave four has ended as a double zigzag (w)-(x)-(y). This assumes that the slide from the $1.3212 top is the final impulse wave ⓥ.

To confirm the 5-wave move markers should decline in waves (iii)-(iv)-(v). Analysts expect impulse (iii) to finish at the previous low of $1.201.

Is There A Risk Of Contagion In China From Evergrande?