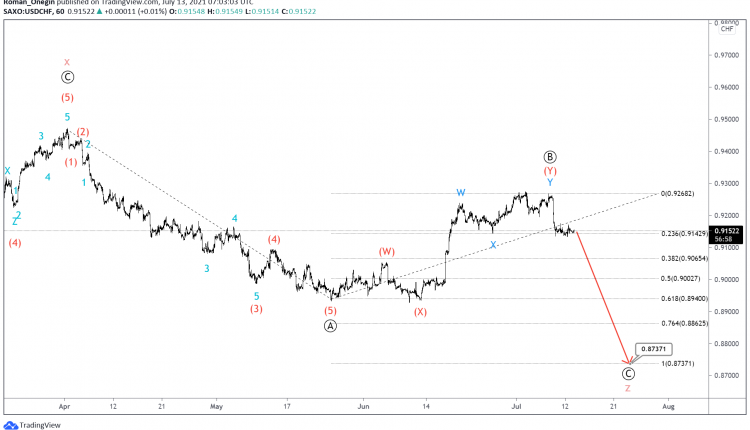 The USDCHF pair seems to be forming a large cycle triple zigzag, in which the first four parts are fully completed. And the last part, wave z, is currently under development.

Wave z is similar in its internal structure to a simple zigzag Ⓐ-Ⓑ-Ⓒ. It is likely that the upward movement within the bullish correction Ⓑ has recently ended. This took the form of an intermediate double combination (W)-(X)-(Y). Thus, in the near future, the price could decline in the final primary wave Ⓒ.

According to Elliott’s rules, in zigzags, impulse waves tend to be equal, so there is a probability that the primary wave Ⓒ will complete its pattern near 0.873. At that level, it will be equal to impulse Ⓐ. 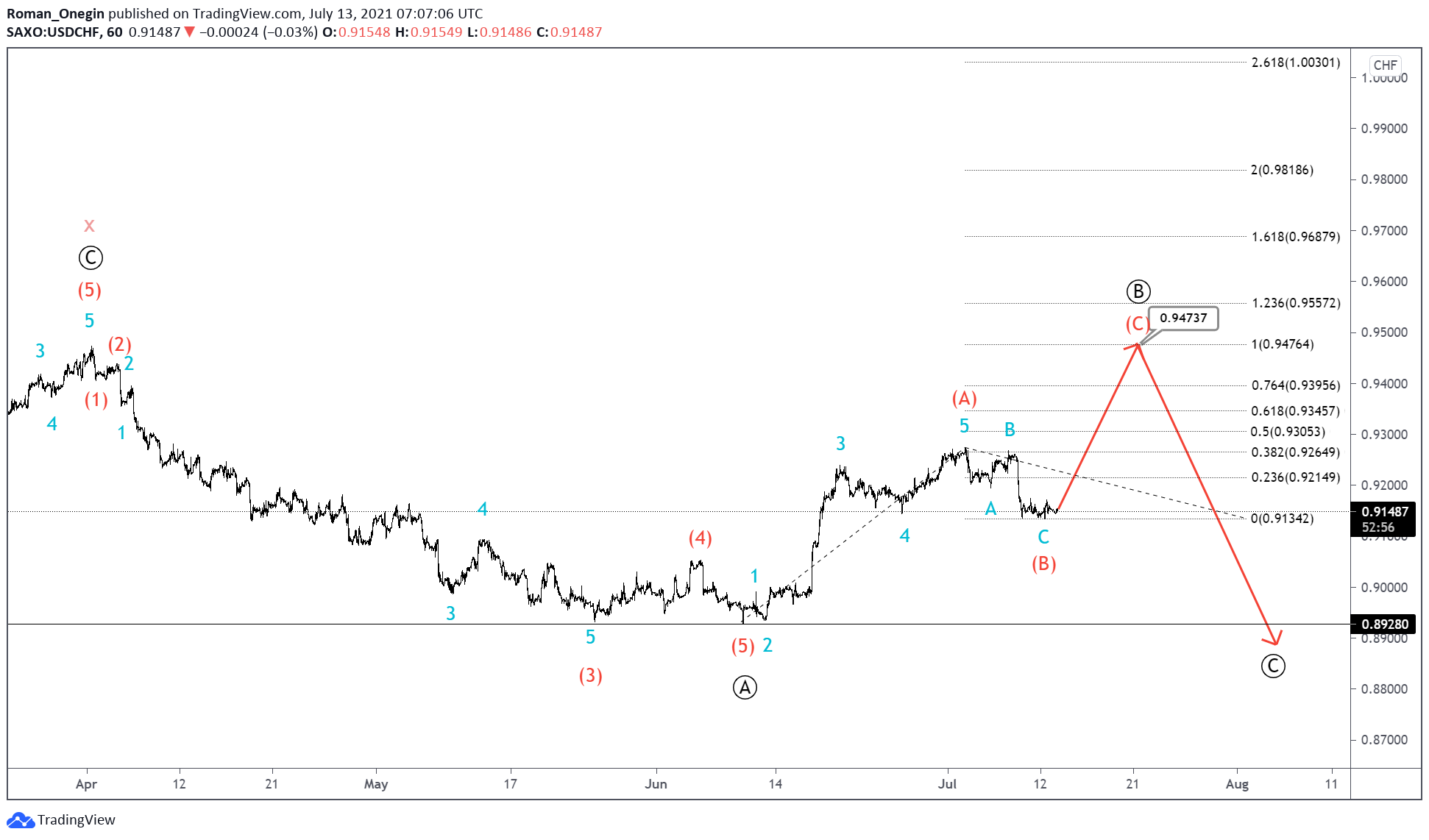 Alternatively, in the short term, the price will continue to move up within the bullish correction Ⓑ. This correction takes the form of a simple (A)-(B)-(C) zigzag of the intermediate degree.

Two parts of this pattern-the impulse (A) and the zigzag correction (B) could have ended.

It is likely that in the coming trading days, the price will rise within the ascending impulse wave (C) to 0.947. At that level, impulse waves (A) and (C) will be equal.

US vs UK Inflation: Looking for Support for Cable