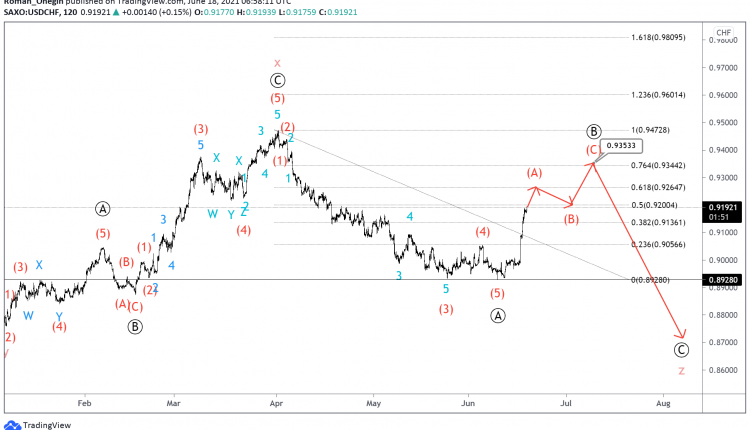 The current USDCHF formation suggests that the bullish intervening wave x of a cycle degree has completed. Then the market began to move in a downward direction within the cycle actionary wave z.

Most likely, wave z will be simple in shape and will have an Ⓐ-Ⓑ-Ⓒ zigzag structure. The impulse wave Ⓐ has already fully completed and the construction of the ascending primary correction Ⓑ has begun.

In the future, after the correction of prices in the wave Ⓑ, the bulls could fall in the impulse Ⓒ below 0.892. 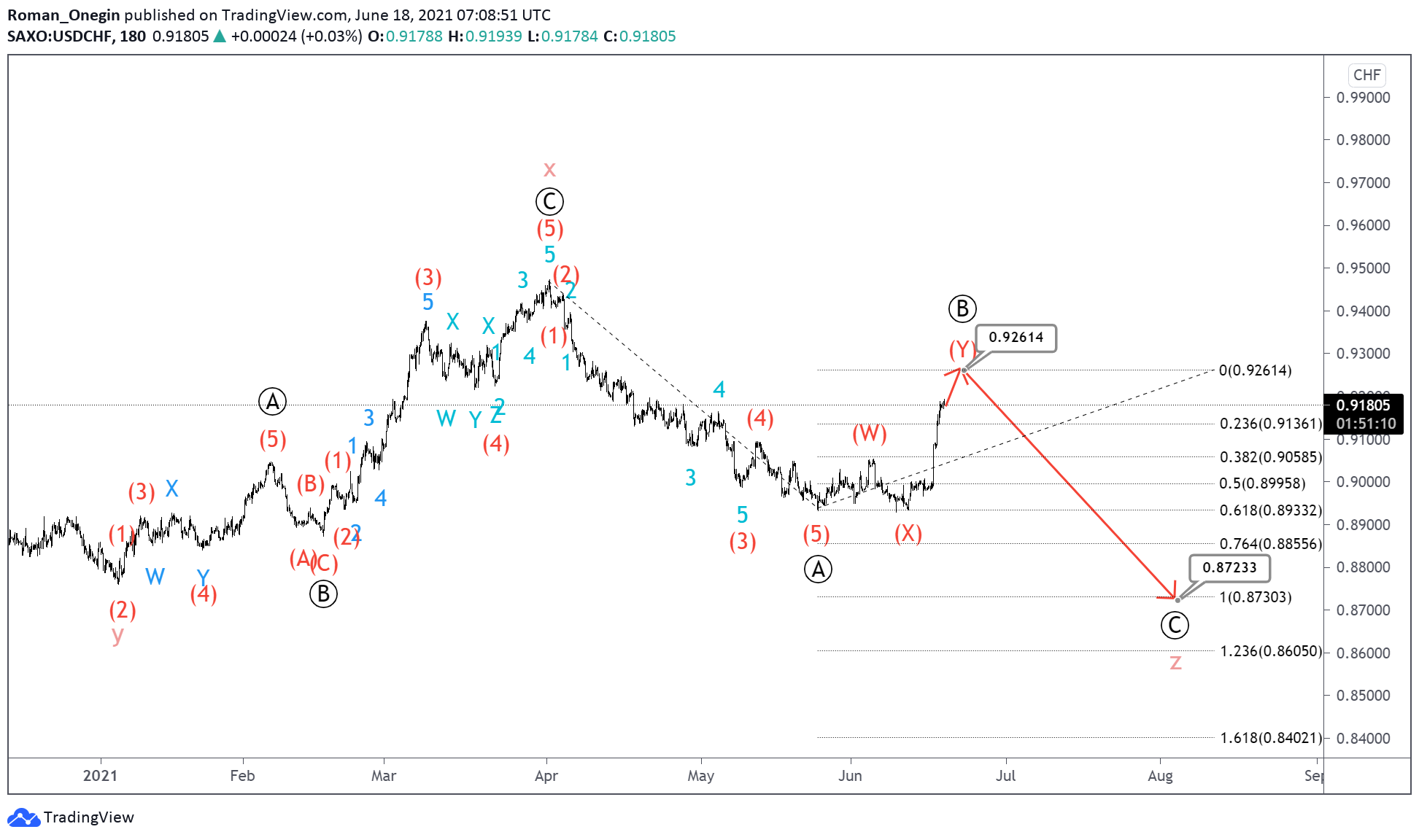 Let’s consider an alternative scenario, in which the formation of the primary correction Ⓑ has ended.

If confirmed, the pair could devalue in wave Ⓒ to the 0.872 area.

At that level, primary impulse waves Ⓐ and Ⓒ will tend to be equal.