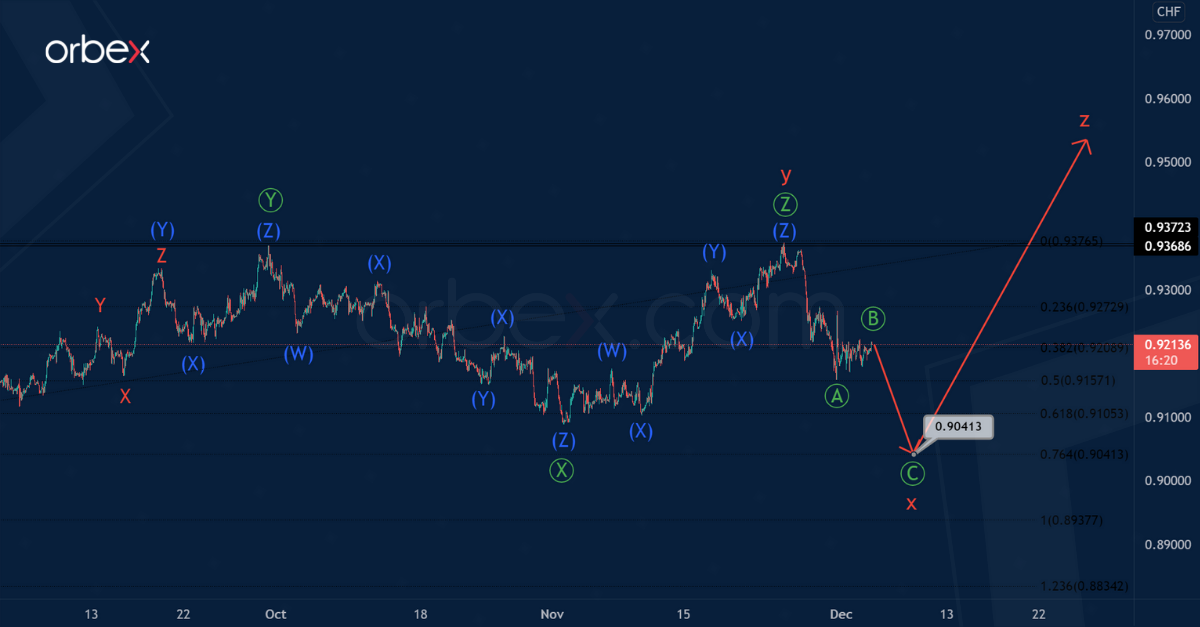 The current USDCHF structure indicates the end of the actionary wave y of the cycle degree. This is followed by a cycle intervening wave x.

The initial part of the wave x can be a standard zigzag and will consist of main sub-waves Ⓐ-Ⓑ-Ⓒ. The impulse Ⓐ and the correction Ⓑ look finished. So, in the near future, the price may move in an impulse form within the bearish wave Ⓒ. 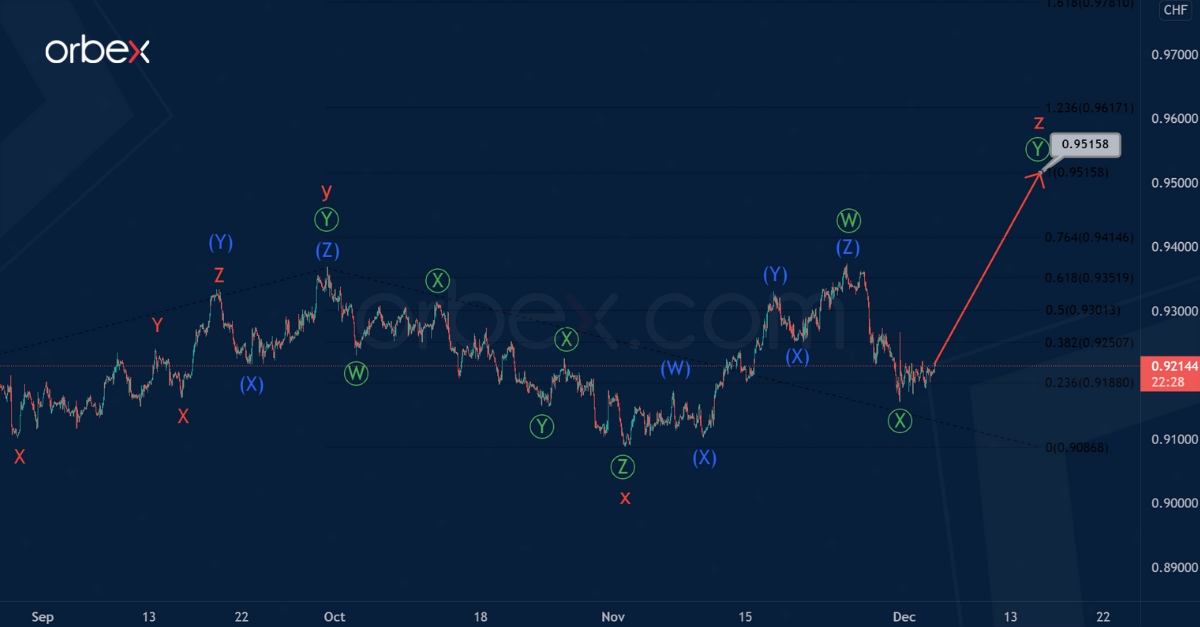 Let’s look at the alternative scenario that hints at a price increase. According to this view, the formation of the cycle intervening wave x is fully completed. It has the form of a triple zigzag of the primary degree.

After the end of the reactionary intervening wave x, we saw a price increase in the cycle wave z. Perhaps it takes the form of a primary double zigzag Ⓦ-Ⓧ-Ⓨ.

Finally, prices could rise to 0.951, where cycle waves z and y will be equal.