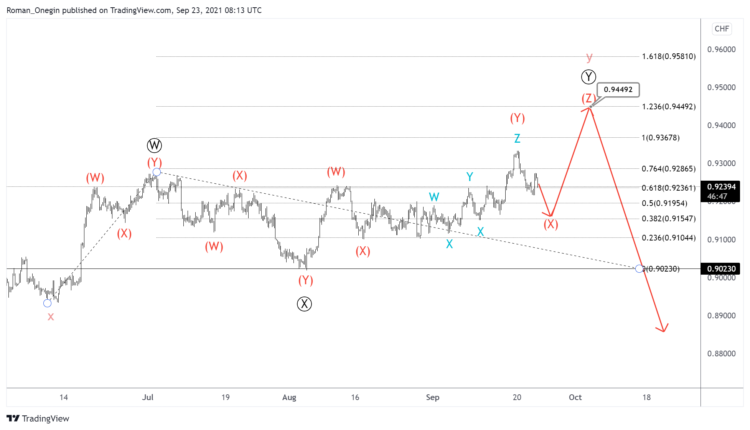 The formation of the USDCHF pair suggests the development of a cycle wave y, which hints at a double zigzag Ⓦ-Ⓧ-Ⓨ of the primary degree. Let’s pay attention to the last primary wave Ⓨ, which is under development.

Wave Ⓨ has a complex internal structure and will most likely take the form of a triple combination (W)-(X)-(Y)-(X)-(Z). Actionary waves (W) and (Y) and the intervening wave (X) could have already ended. Therefore, the development of intermediate waves (X) and (Z) is possible in the future. 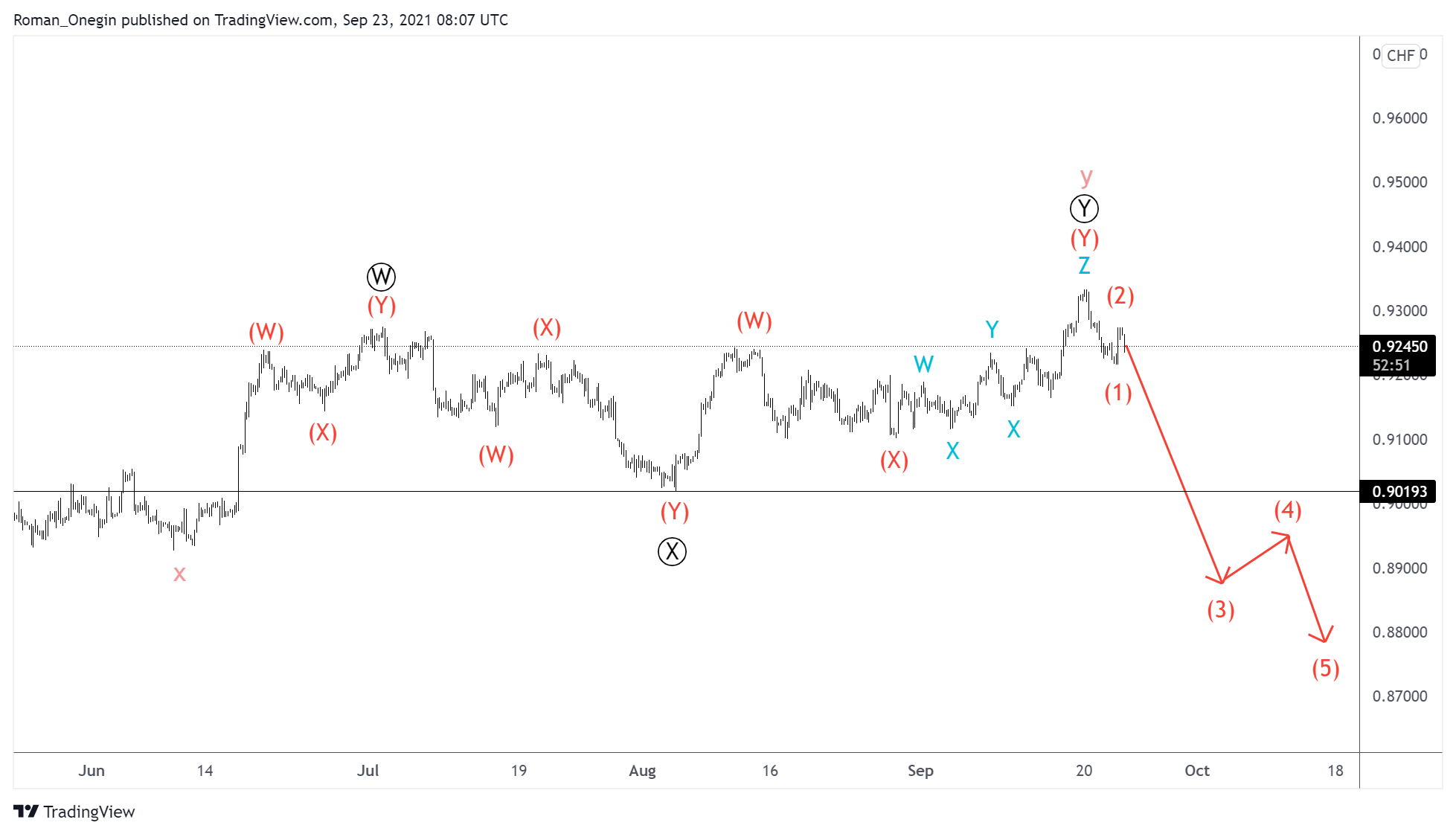 According to an alternative scenario, the formation of the cycle wave y has come to an end. It took the form of a primary double zigzag.

If this assumption is correct, then at the moment we are in the initial part of a new bearish wave.

We can expect that in the upcoming trading weeks the market will move in a downward direction within the intermediate impulse, as shown on the chart below the low of 0.901. This was marked by the primary intervening wave Ⓧ.

With the strengthening of the bears, the market could decline faster than usual.