Following China’s devaluation on Tuesday of the yuan, the U.S. dollar/Chinese yuan currency pair (USD/CNY) has surged, reaching as high as 6.4485 so far today (Wednesday). It has now reached the most overbought level on a weekly basis since 2001 (based on weekly 14-period Relative Strength Index (RSI) momentum indicator), and is extremely overbought based on the daily chart, getting close to the maximum reading of 100. 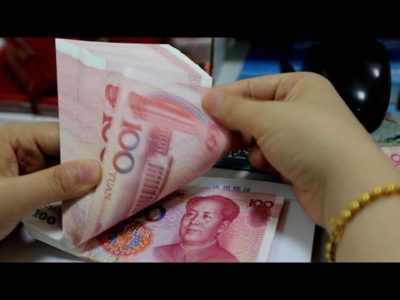