How to Use Moving Averages

Technical analysis is very broad based. The study of historical price action includes looking at supply and demand as well as using a broad range of tool and methodologies including specific average and momentum. There are many technical studies that help traders evaluate future momentums for a specific security or market.

One of the most efficient tools a trader may use is a moving average. Traders use moving averages to smooth price action. A moving average removes some of the daily volatility associated with financial markets and is generally calculated based on the daily closing price of a financial instrument. The end result is a trend following indicator that necessarily lags the instrument’s movement and is therefore a reactive tool. Even so, moving averages are very useful tools and are perhaps the most widely used indicators.

The longer the moving average, the less volatile the price action as it appears on a chart. Moving averages help an investor determine the longer term trend of a financial instrument by removing much of the noise associated with price charts.

Moving average can be used in many ways including finding momentum. Momentum measures the acceleration in price movements. You may determine this be evaluating the change between 2 or more moving average which tells you the change in momentum.

Both the MACD (moving average convergence divergence index), created by Gerald Appel is a momentum indicator that may be used to capture momentum. Momentum reflects acceleration and may be used as a trading signal to either enter or exit a trade.

In closing, there are a number of technical analysis studies that may be used to determine the potential future direction of the markets. One of the most common and efficient is the moving average. With a moving average you can determine a trend as well as momentum, which may help you develop robust trading strategies.

The post How to Use Moving Averages appeared first on Forex.Info.

Source:: How to Use Moving Averages

China’s FDI on the rise 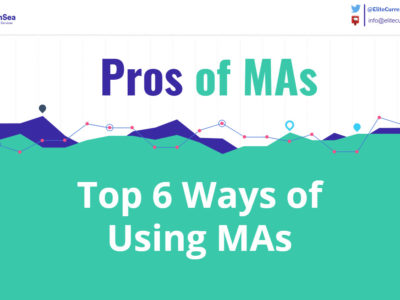