On March 1, the pair lost about 55 bp. and thus, confirms the readiness to build a downward wave. If the current wave counting is correct, then the ascending set of waves is fully completed and the pair is also ready to build a downtrend trend. According to Fibonacci, the unsuccessful attempt to break through the level of 127.2% also indirectly indicates the pair’s readiness to decline. However, a lot will depend on the news background. So far, there are no fundamentally new messages on Brexit, but they can appear at any time which can be of any character. For example, a message about the signing of the Brexit agreement can send the pair far up, breaking the current wave marking.

The wave pattern still assumes the completion of the construction of the ascending wave and the transition to the construction of a downward set of waves. n unsuccessful attempt to break through the level of 127.2% is a strong signal, so small sales are now expedient with a protective order above 1.3340. Meanwhile, larger sales are recommended when receiving negative news for a pound and with the development of a downward wave.

Source:: Wave analysis of GBP / USD for March 4. The pound is ready to fall, but waiting for news 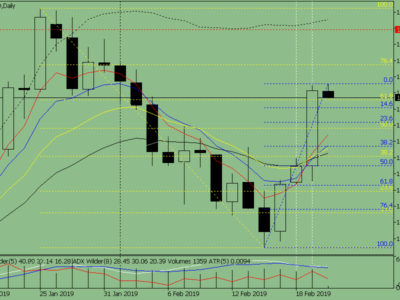