Wave analysis of GBP / USD for March 5. Pound has exhausted its luck 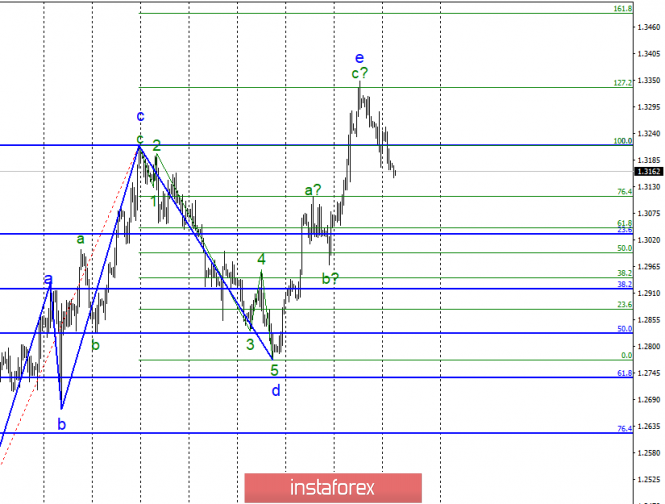 On March 4, the GBP / USD pair lost about 30 bp more. It continues to be in the framework the proposed first wave construction as part of a new downward trend. Thus, I expect a continuation of the decline with the first targets, located around 31 and 30 figures. In the future, I expect a decline in the area of 27 figures. The news background for the pound remains unfavorable, since there is no positive news on Brexit. Perhaps, if they appear, the pound will begin to grow again. But now, everything goes to the fact that the UK release date will be postponed for two months.

The wave pattern still assumes the construction of a downward set of waves. An unsuccessful attempt to break through the level of 127.2% is a strong signal. Small sales are now expedient with a protective order above 1.3340. Larger sales are recommended upon receiving negative news for a pound in connection with the development of a downward wave.

Source:: Wave analysis of GBP / USD for March 5. Pound has exhausted its luck