When to wait for oil growth? 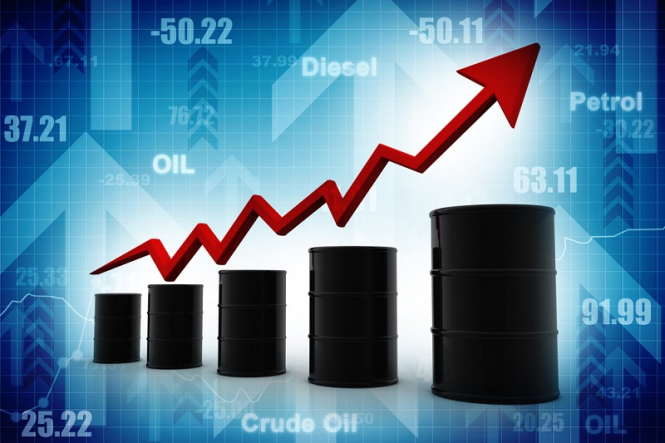 On Monday, the oil quotes were falling, while the maximum for Brent was previously formed with February delivery at $ 63.69 a barrel. The positive reaction of the market to the decision of OPEC + to reduce production by 1.2 million barrels per day starting next year contributed to a jump up.

Meanwhile, in December, the parties to the transaction may increase production. Before continuing to exult, investors want to wait for confirmation of the implementation of the agreement, which will happen not earlier than February after the publication of reports. This was voiced as the main argument for today’s drop in oil from experts at the commodity market of UBS.

Analysts at another reputable bank Goldman Sachs believe that Brent barrel will definitely return to $ 70, but this takes time.

After the conclusion of the OPEC + meeting, there is still uncertainty, since a new reduction in production volumes has been announced without official distribution by countries. In addition, Libya, Venezuela, and Iran were exempt from participation in the transaction.

Goldman Sachs estimates that mining in Iran will continue to fall due to US sanctions. At the beginning of next year, the lack of new pipeline transmission capacity for the transfer of fuel from the Permian basin will slow down in America the growth in production volumes.

It is expected that China will again begin to import oil from the States. A seasonal increase in the water level in the Rhine should contribute to the reduction of stocks in the European ARA region (Amsterdam-Rotterdam-Antwerp), the survey says.

Recall that last week, Goldman Sachs called the purchase of oil one of the most attractive long-term investments.

In general, the decision of OPEC to reduce production took by surprise large market speculators, who were short in oil. A more large-scale reduction in the index caused a sharp increase in futures and created conditions forcing players to reduce bearish bets.

According to the Commodity Futures Trading Commission (CFTC), a week before December 4, players reduced the net long position in futures and options on Brent to 136,466 contracts (-32,046), which is a minimum of more than three years.

The Saudis have announced a decision to lower prices in Asia, which is the country’s main export market. Light grades will be reduced by $ 1-2 from January, Reuters reported, citing data from Saudi Aramco oil corporations. Saudi Arabia’s most popular grade of oil, Arab Light, will be cheaper for Asian customers by $ 1 compared with December.

Ultralight varieties will be even cheaper, as a result of their shipping prices will fall to a minimum since the beginning of 2017. The market expected the Saudis to reduce oil prices, but more restrained, within 70 cents.

Saudi Aramco discounts can trigger a chain reaction, forcing other OPEC middle-east earners to lower prices too. According to commodity experts, Saudi Arabia is trying to restrain the flow of American oil to its traditional market.

In the first week of December, oil exports from the United States reached a new historical record of 3.2 million barrels per day, the Energy Ministry reported.

Compared with November, the figure rose by one third, and in annual terms more than doubled. Thus, the States overtook all OPEC representatives in terms of deliveries to the world market. The only exceptions were the Saudis and Iraq.

Source:: When to wait for oil growth?

2018 Review: A Look at the Top Market Stories