Canada is an important country
with a population of more than 36 million people and a Gross Domestic Product
(GDP) of more than $1.2 trillion. This makes it one of the most successful
countries in the world. The country’s success comes from its close relationship
with the United States, its diverse economic mixture, and its relations with
the outside world. It is also one of the biggest suppliers of crude oil.

In recent weeks, the Canadian
dollar has weakened significantly against the dollar. This has been caused by a
number of reasons. First, the country will go to an election this year. This
election will be a challenging one for Justin Trudeau, who has been loved
generally by the market. Second, the president has been faced with a corruption
scandal. It is alleged that a number of people close to him helped a company in
Quebec region avoid prosecution. The risk in this is that it will distract the
prime minister from the core of running the government. Indeed, two ministers
have already resigned from their positions. Third, the country’s relationship
with the US has not been good under Trump. Finally, the country has been caught
in the midst of the trade war. This is important because the country does a lot
of business with the US and China.

Today, the central bank will
release its interest rates decision. It is widely expected that the bank may
leave rates unchanged at 1.50%. This is because the inflation rate remains low
and the economic growth has been slow. In fact, in the fourth quarter, the
economy expanded by just 0.4%, which was below the expectations by the central
bank, which had expected growth of more than 2%. Even with this slowdown, the
BOC has said that it is willing to bring rates to normal because it views the
December slowdown as temporary.

The USD/CAD pair has risen to the
highest level this year of above 1.3365. This level is above all the short and
medium-term simple and exponential moving averages. The RSI has continued to
rise while the momentum indicator has gained to more than 100. The implication
is that the pair could continue moving up, although it could also move sharply
lower depending on the statement by the BOC.

The post Why Canadian Dollar Could Gain After BOC Decision appeared first on Forex.Info.

Source:: Why Canadian Dollar Could Gain After BOC Decision 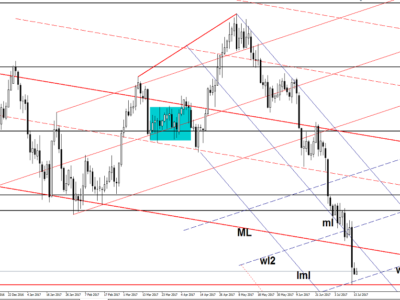