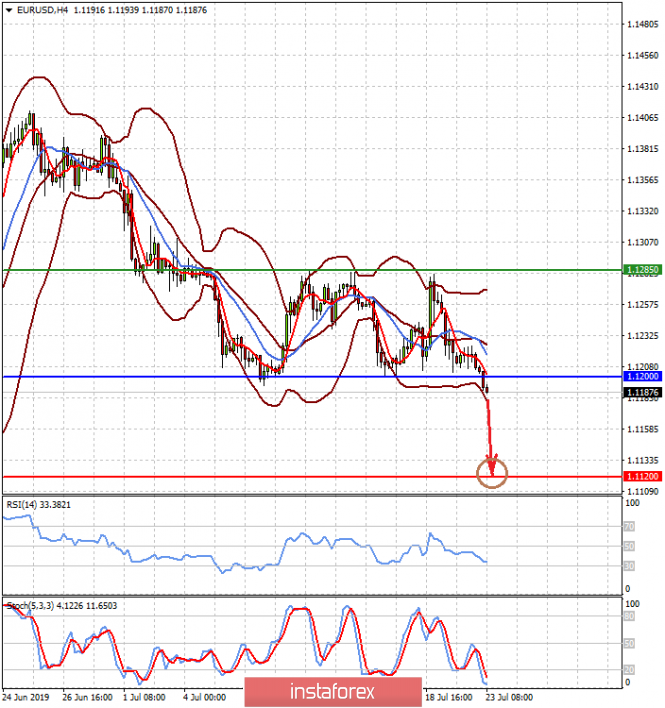 Against the background of the almost weekly statements by the head of the United States of America D. Trump saying that it is necessary to lower the rate of the national currency in order to achieve “parity” with other major currencies, there has been a growing appreciation of the currency recently.

So what is the cause or causes of the strength of the American currency?

They are, and there are several of them. The first and main is the uncertainty of the future monetary policy of the Fed. Let us remember a bit of history on this sensitive issue. At the December 2018 meeting, the Fed recognized the state of the American economy as positive and said that they plan two more interest rate increases this 2019 by a total of 0.50% to 3.00%. However, the sharp collapse of the American stock market in December and then, perhaps the regulator’s subsequent realization that it would be difficult to come to terms with the Chinese on US trade, led to a change in rhetoric. The bank made it clear that one should not expect the next planned increases and that it is possible that it may begin lowering interest rates for the first time in the last 10 years even against the background of the deepening trade war with China. From this moment, the actual period of uncertainty begins.

At first, the dollar was under pressure in this situation, but when the US economy began to demonstrate the absence of unambiguous dynamics (both positive and negative), it became clear that the Central Bank would not do anything until it made sure where it would move. This caused a shock in the markets that were previously almost 100% sure that the course of its support will be chosen. In addition, Trump has repeatedly called for lower interest rates, exerting verbal pressure on the Fed.

At the moment, investors are confident that on July 31 the key interest rate will be raised by only 0.25% and not by 0.50% as it was considered only recently based on the dynamics of the futures on federal funds rates. Today, this probability is estimated at 76.5%.

So why is the dollar growing? The reason lies in the fact that it receives support not only on lowering expectations of cutting rates at once by half a percentage point but also considering the movement of the US currency previously as it has actually taken into account the reduction of rates by 0.25% and even threatened them more by 0.50%. The market simply returns to equilibrium.

Another important reason is the expectation of the coming fall in the single currency rate against the background of the slowdown in the growth of the European economy. In a situation of risk of a full-blown recession in Europe, investors are looking for reliable assets and turn their eyes to dollar assets to a large extent, which stimulates the strengthening of the US currency.

We believe that if the indicator of sales in the secondary housing market in the United States today will show growth, this will stimulate the continuation of the local strengthening of the dollar will show growth today.

The GBP/USD pair is trading above 1.2445 in the wake of the expectation of choosing a new prime minister in Britain. The victory of Boris Johnson may lead to a further fall in the pair, if from a technical point of view it drops below 1.2445. In this case, it may fall to 1.2380. 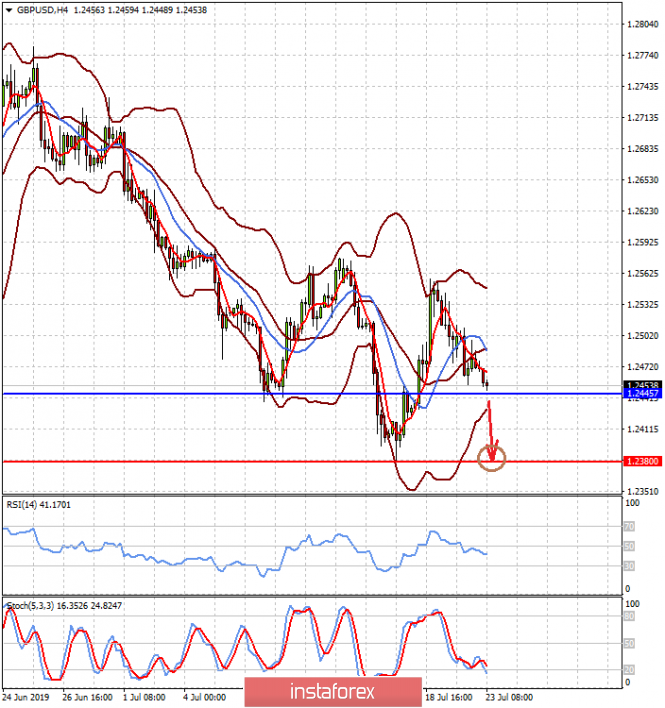 Source:: Why is the dollar growing again? (We expect a local decline of EUR/USD and GBP/USD pairs)