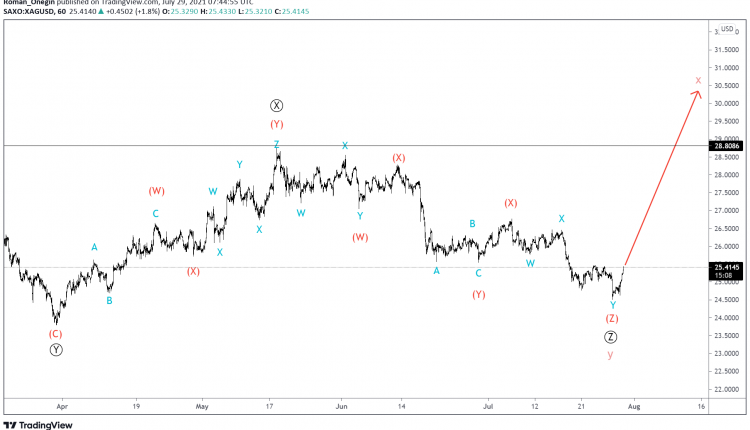 The current XAGUSD formation hints at a large triple zigzag structure. This is where the bearish actionary wave y is in formation.

The wave y has the internal structure of a triple Ⓦ-Ⓧ-Ⓨ-Ⓧ-Ⓩ zigzag which has ended.

In the near future, the market could rise, then the intervening wave x of a cycle degree will begin. The price in this wave can update the previous maximum at the level of 28.80. 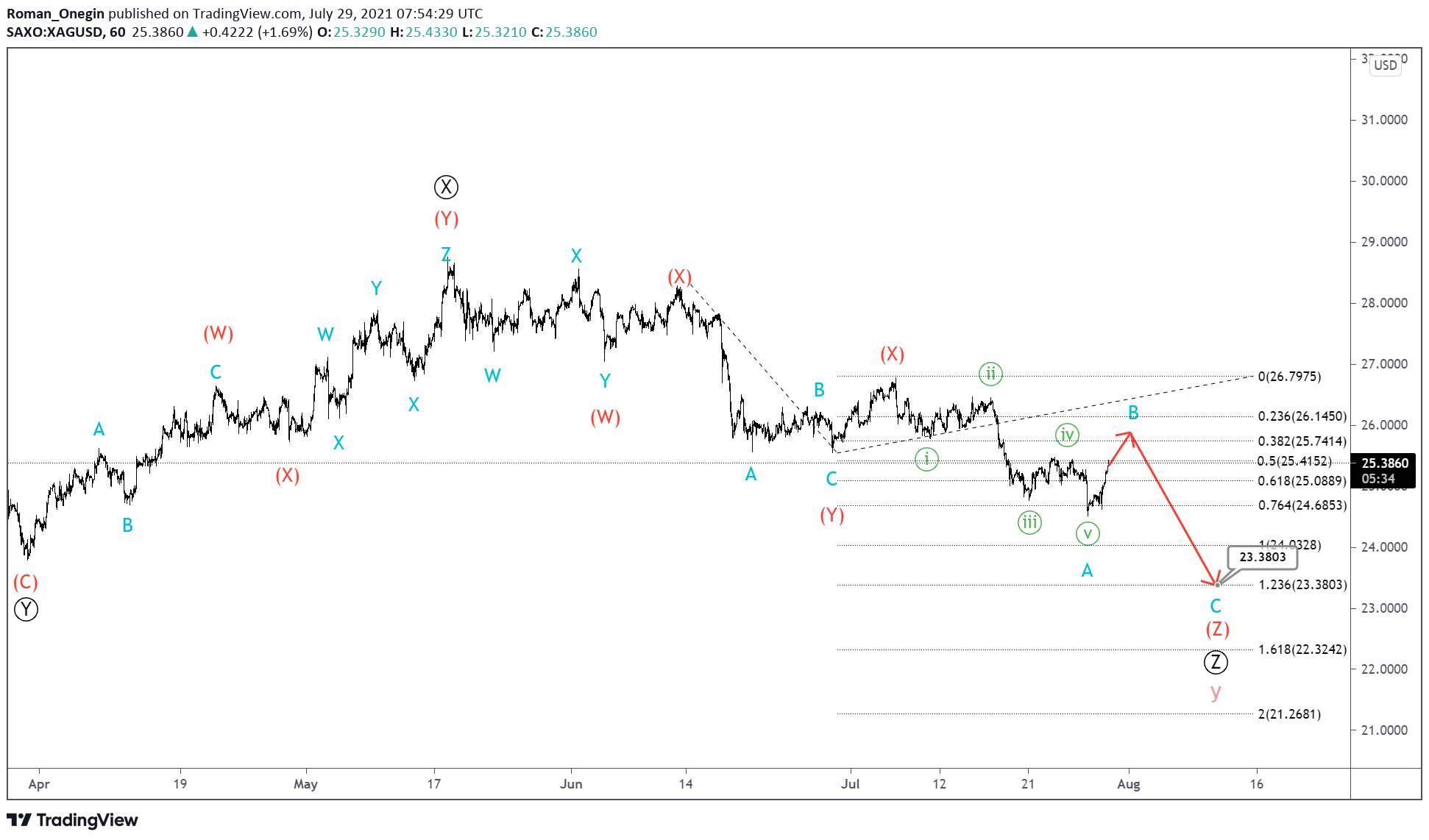 However, there is a possibility that the market will continue to move in a downward direction. In this case, the formation of wave y will continue.

With the final intermediate wave (Z), only the bearish minor impulse A has been completed. In the near future, the price could rise slightly in correction wave B and then go down again in the final impulse C, as shown on the chart.