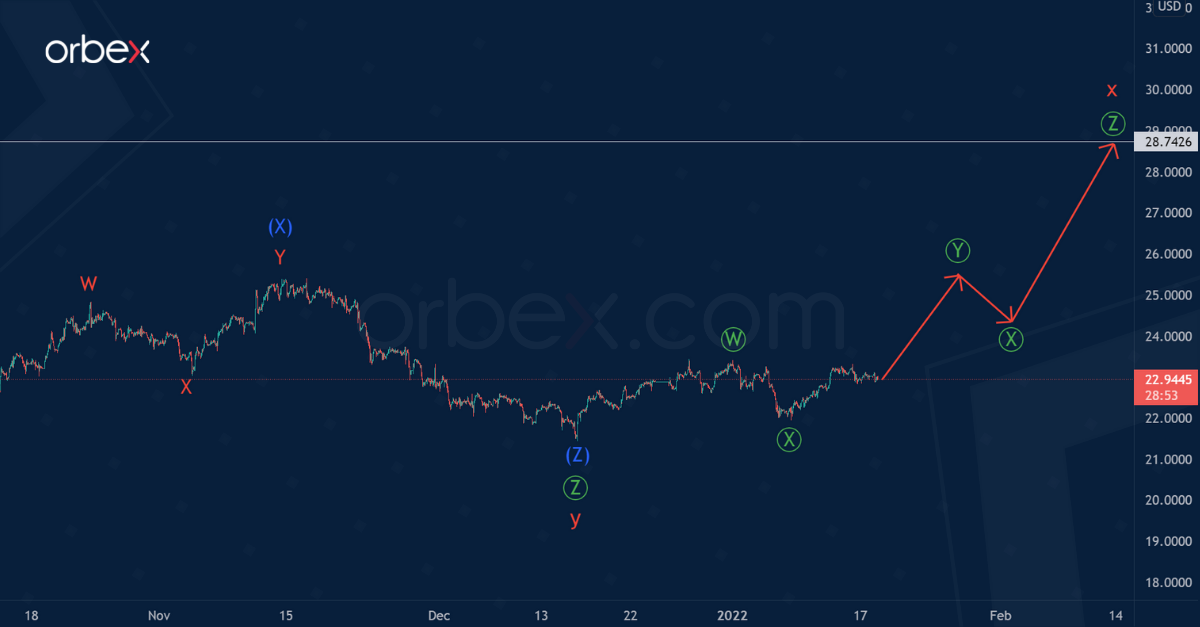 The XAGUSD structure suggests the development of a cycle triple zigzag w-x-y-x-z. In this chart, we see the final part of the bearish wave y. There is an assumption that in the second half of December, the price reached a peak, which means that the formation of the wave y has completely ended.

Consequently, in the upcoming trading weeks, we can expect an upward price movement and the development of a cycle intervening wave x. This wave can take the form of a primary triple zigzag.

Most likely, the price in wave x will rise to the previous maximum at 28.742. 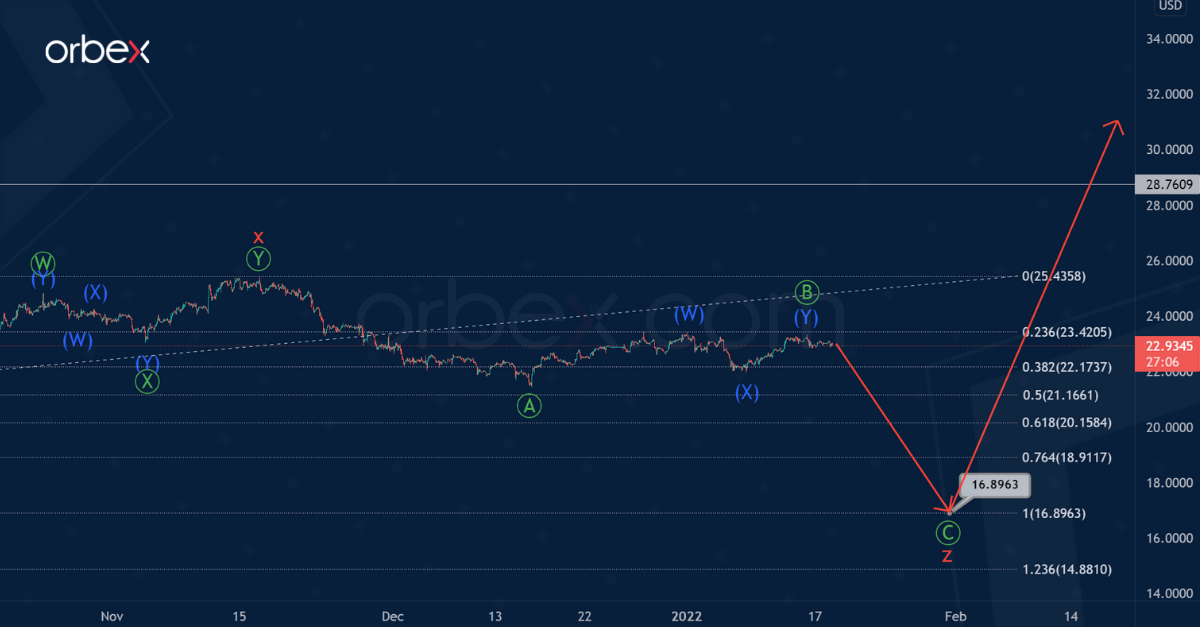 There is a possibility that the reactionary intervening wave x has ended. So, it is worth paying attention to the alternative option, in which we see a downward price movement and the formation of the actionary wave z.

Perhaps the wave z will be a simple zigzag of the primary degree. The impulse wave Ⓐ and the correction Ⓑ in the form of a double zigzag have already been built. Therefore, we are waiting for a drop in the primary impulse wave Ⓒ.

Most likely, the wave z will complete its pattern near 16.89. At that level, it will be at the 100% Fibonacci extension of wave y.