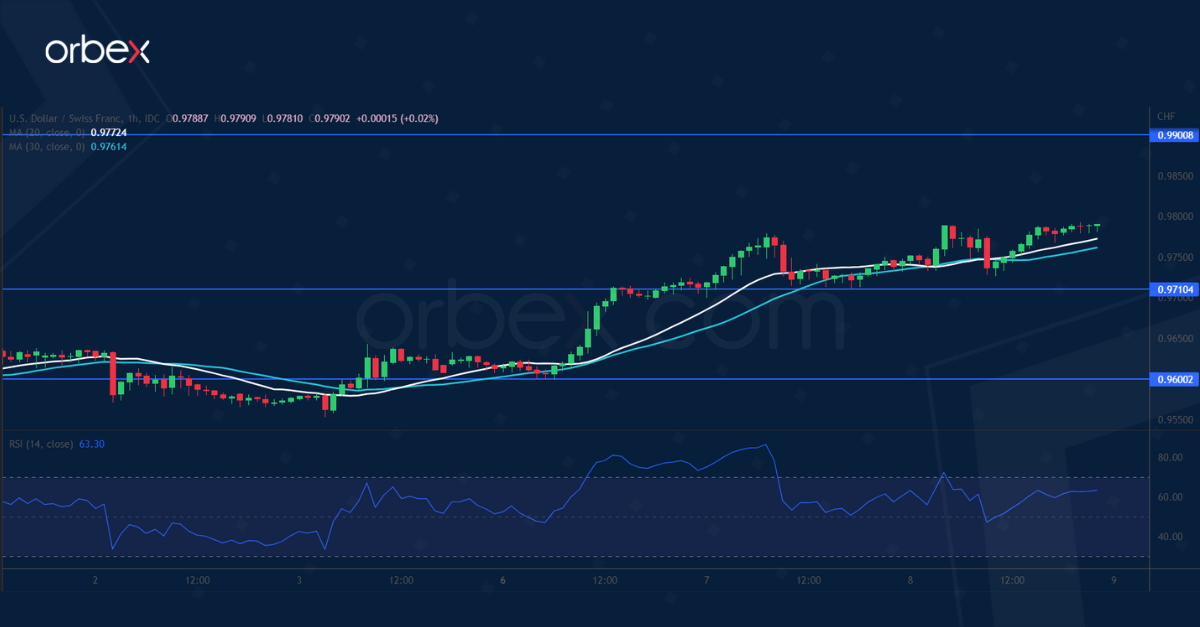 The US dollar recovered in anticipation of consumer price data on Friday. Medium-term sentiment remains upbeat and a break above 0.9760 may have put the greenback back on track as sellers rushed to cover their positions. The RSI’s overbought situation has briefly limited the upside but the bulls may see a pullback as an opportunity to accumulate. 0.9710 is the first support and 0.9600 an important level to keep the reversal intact. As the pair makes its way to the parity once again, 0.9900 would be the next hurdle. 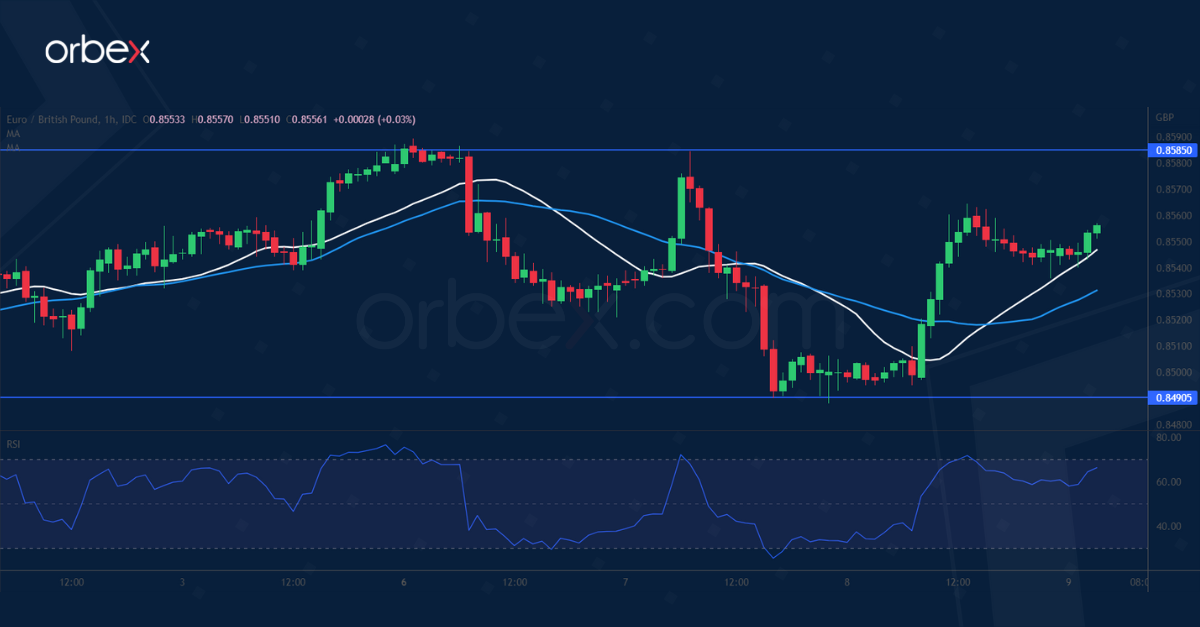 The euro clawed back losses after solid GDP growth in the eurozone in Q1. On the daily chart, the pair is in an ascending triangle pattern, foreshadowing a breakout which would dictate the direction in the weeks to come. The pair’s choppy path may have shaken out some weak hands, but the latest retreat has found support in the demand zone (0.8490) over the 30-day moving average. The triple top at 0.8585 is a major resistance and its breach could end a four-week long consolidation and resume the rally towards 0.8660. 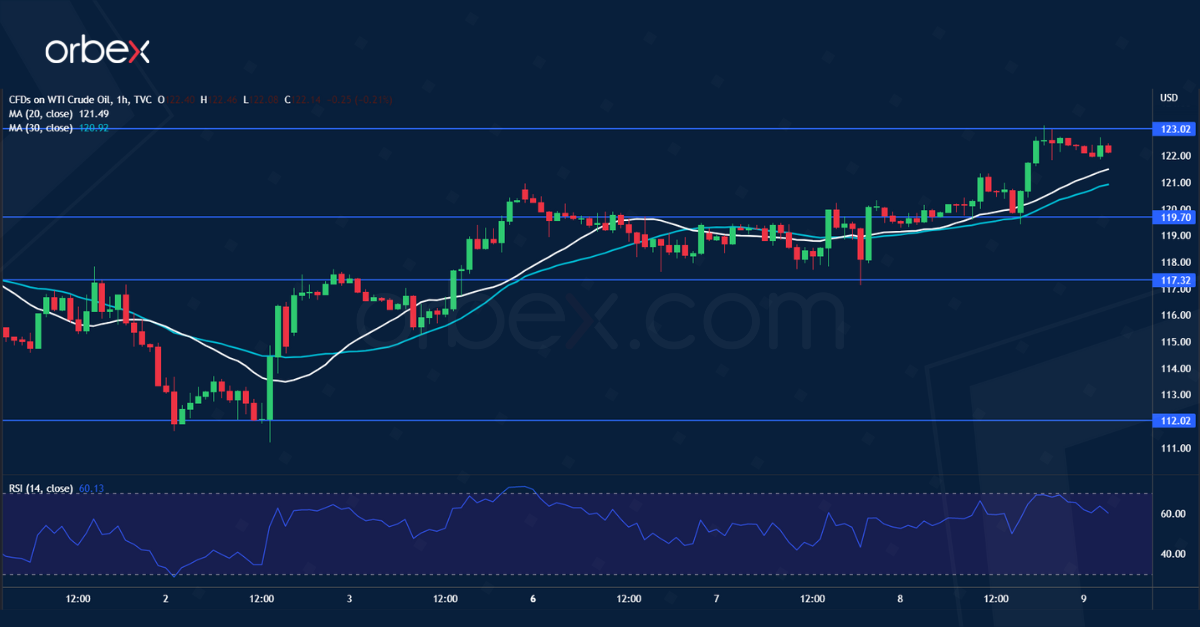 WTI crude finds support from tight spare capacity. A close above the recent peak at 119.20 has put the price action back on track after a short-lived retracement. The former resistance at 117.30 has turned into a support where trend followers are likely to place their bids. A surge above 123.00 would confirm that the path of least resistance is still up and may extend the rally to March’s high at 129.00. On the downside, 119.70 is the immediate support and 117.30 a second line of defence for the bulls.