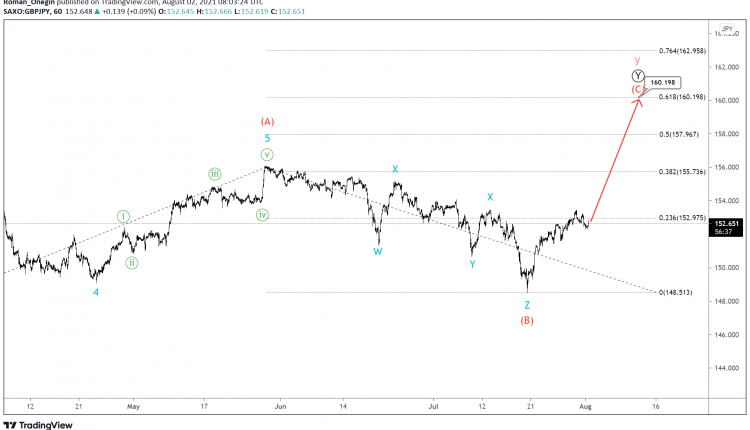 The formation of the GBPJPY currency pair suggests the development of the final part of the cycle wave y.

This wave takes the form of a double zigzag consisting of primary degree sub-waves Ⓦ-Ⓧ-Ⓨ. The last actionary wave Ⓨ is currently under development.

Wave Ⓨ is a standard (A)-(B)-(C) zigzag. Impulse wave (A) and the bearish correction (B) in the form of a triple zigzag, have ended.

In the near future, the price could rise in impulse sub-wave (C) of the intermediate degree to the 160.19 area. At that level, intermediate wave (C) will be at 61.8% of impulse wave (A). 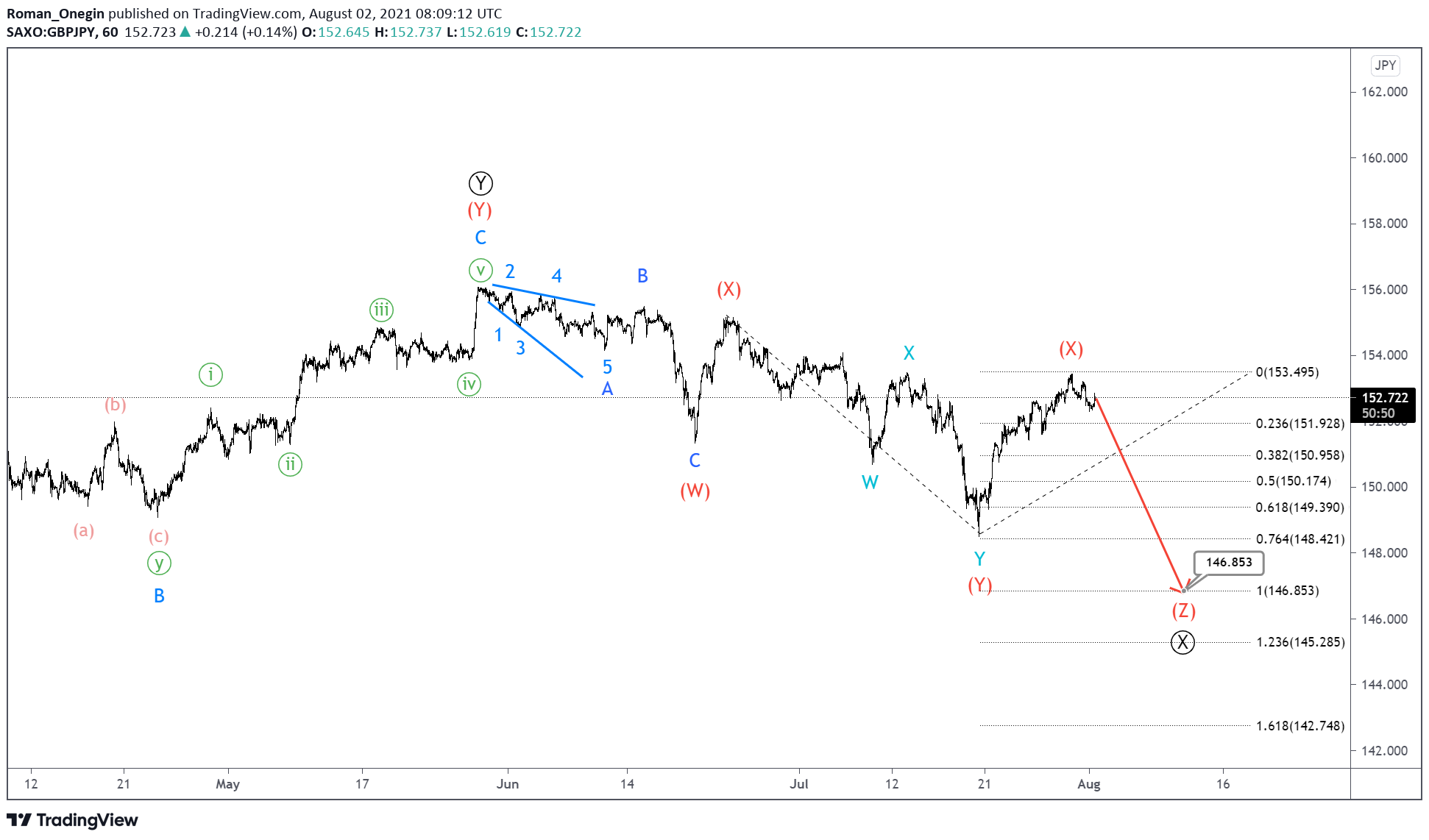 An alternative scenario suggests the formation of a large triple zigzag, within which the development of the primary second intervening wave Ⓧ is now taking place.

It is possible that the sub-waves (W)-(X)-(Y)-(X) were fully completed, and the construction of the final actionary wave (Z) has just begun.

Therefore, the market could decline in this wave near 146.85. At that level, actionary intermediate sub-waves (Y) and (Z) will be equal.