Intraday technical levels and trading recommendations for GBP/USD for February 14, 2017 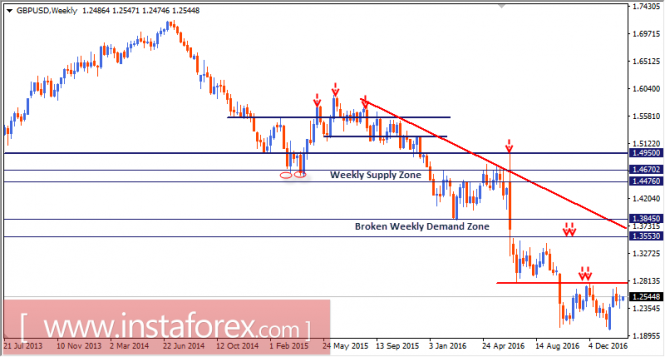 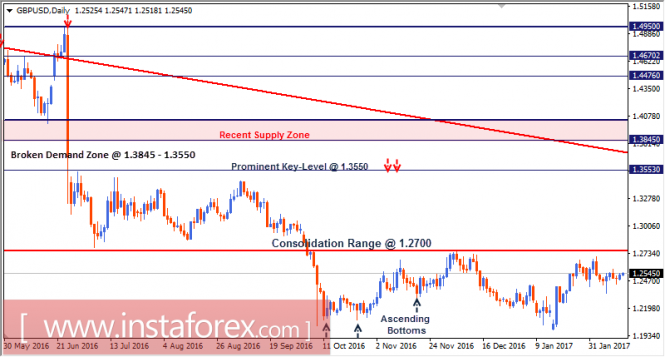 By the end of June a significant bearish break below 1.3550 was expressed as seen on the depicted charts (Fundamental Reasons).

Bearish persistence below the demand level at 1.3550 enhanced the bearish scenario toward the price levels around 1.2700 (Bearish projection target).

The GBP/USD pair has been trapped inside the depicted consolidation range (above 1.2700) until a bearish breakout took place on October 6.

Daily persistence below 1.2700 confirmed the bearish Flag pattern. That is why a bearish projection target was expected near 1.2020.

Risky traders considered this bullish pullback toward the price zone of 1.2700-1.2750 to be a valid SELL entry. All T/P levels were successfully reached.

On January 16, a bullish engulfing candlestick was expressed around the demand level of 1.2000. That is why another bullish breakout above 1.2430 was initiated.

The next bullish target is located around 1.2750 where bearish rejection should be expected.

On the other hand, the next bearish destination would be located around 1.1200 when bearish momentum is resumed.