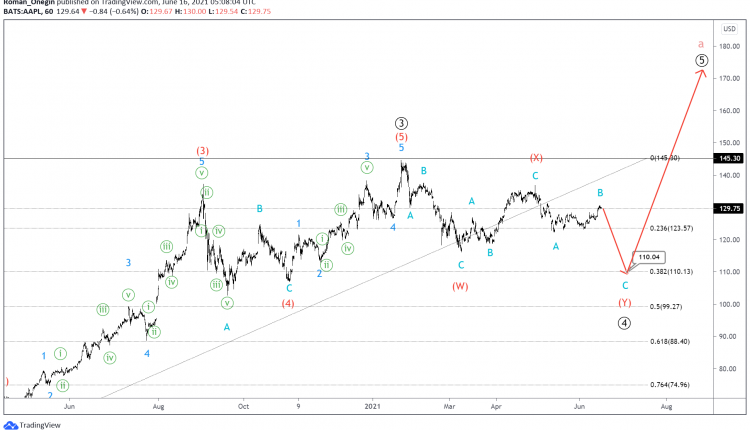 AAPL is forming a large wave a, of a cycle degree, which takes the form of a ①-②-③-④-⑤ impulse.

The bearish correction wave ④ is currently under construction. It could take the form of an intermediate double (W)-(X)-(Y) zigzag. Perhaps the market has already started to build a minor wave C, which can complete the wave (Y) near 110.04.

At that level, correction wave ④ will be at 38.2% of primary impulse ③.

After that, the market can turn around and start moving up in the final wave ⑤. This is well above the level of 145.30, which is at the third wave of the primary degree. 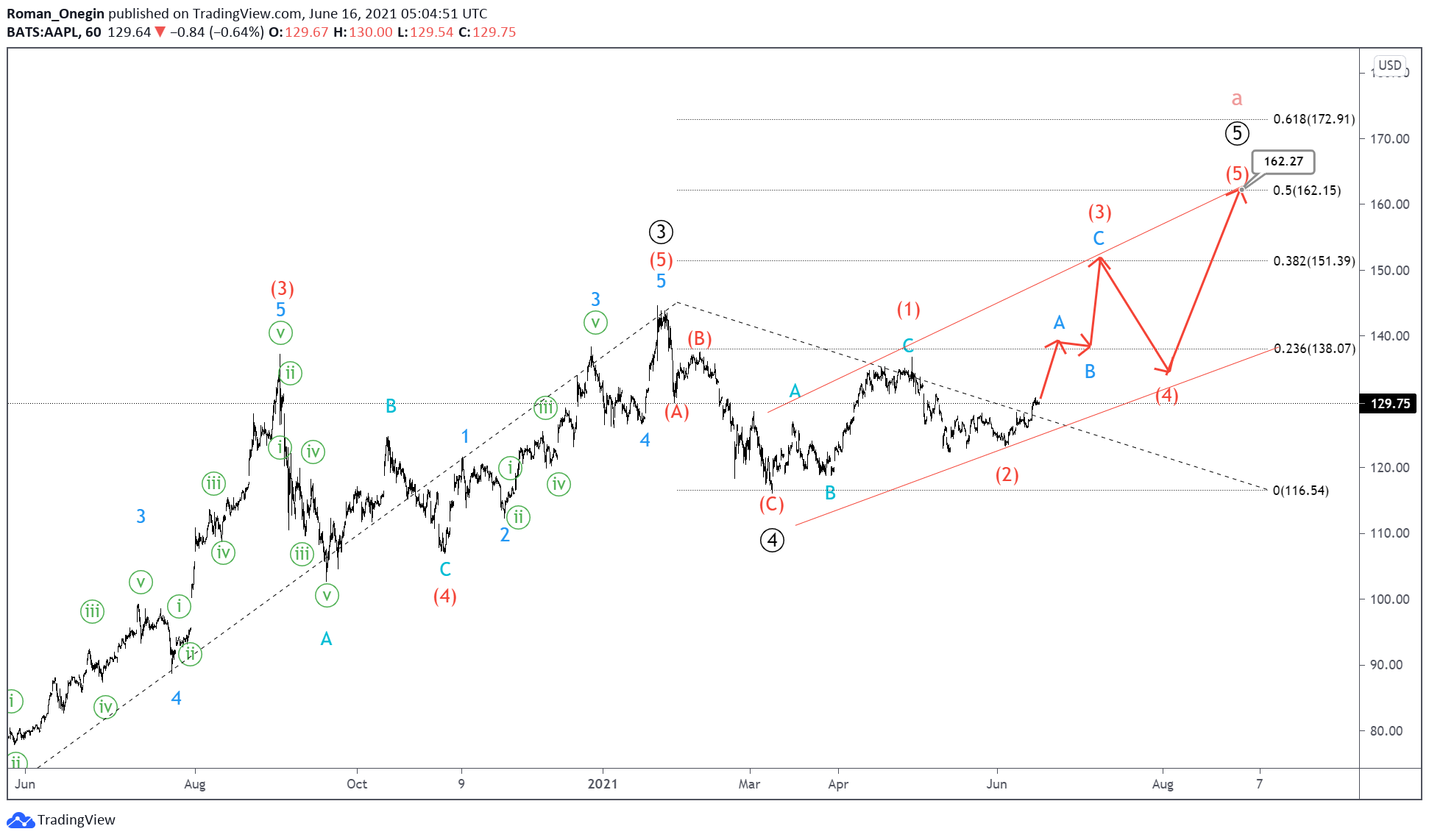 Alternatively, we see the completed wave ④ in the form of an intermediate simple zigzag.

It is assumed that in the first half of March, the market started to build the initial part of the primary fifth wave. This could take the form of an ending diagonal (1)-(2)-(3)-(4)-(5) of the intermediate degree.

In the coming trading weeks, we could expect a gradual increase in the intermediate sub-waves (3)-(4)-(5), to the 162.27 area. At that level, wave ⑤ will be at the 50% Fibonacci extension of the third wave.